The rundown on the big Kentucky reservoir 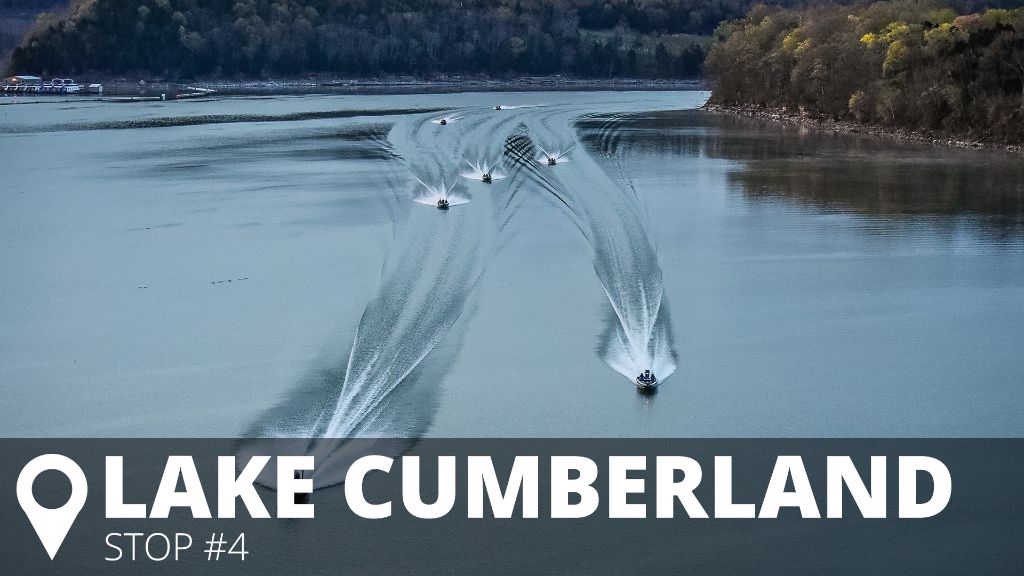 Central Kentucky’s Lake Cumberland is a 50,000-acre mountain reservoir that, in terms of surface acreage, doesn’t compare to the Bluegrass State’s western powerhouse reservoir of Kentucky Lake (162,000 acres). Even so, Cumberland’s maze of countless small coves and pockets makes the lake seem bigger and more confounding to figure out. Distance is a factor, too. Much of the best fishing is on the lower end, a long distance away from the General Burnside Island State Park takeoff site, which is 56 miles upstream from the dam.

Cumberland’s average depth is 90 feet deep, and its deepest point is about 200 feet, but it’s prone to extreme fluctuations, particularly following springtime’s heavy rains. A sudden rise of 10 feet or more typically results in challenging fishing and problematic navigation, as floating debris fills the channels. This year, the lake has been running quite high since February, and the water is about 12 feet higher than it was in 2017.

Water clarity can range from 10 feet of visibility in the lower end to quite stained in the creeks and upstream areas.

The most notable feature of Cumberland at tournament time is the rim of flooded brush and trees partially submerged near the shoreline. Cumberland was drawn down from 2006 to 2013 so the dam could be reinforced to prevent seepage. Woody growth developed along the shoreline, which has since been re-flooded. The new habitat has improved spawning success and led to a population boom that makes Cumberland a destination for anglers seeking largemouth, smallmouth and spotted bass. 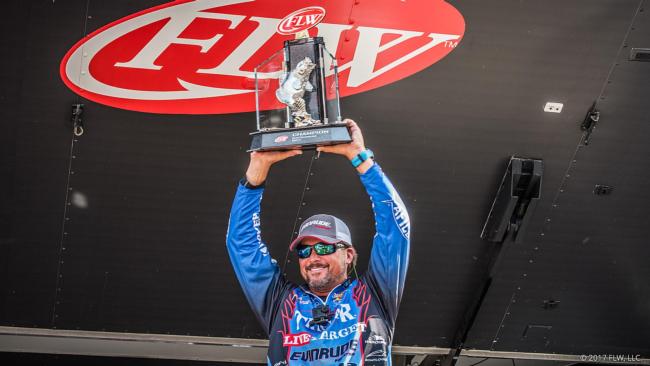 Scott Martin earned his eighth career Tour victory when he topped the field at Lake Cumberland in early April 2016. He weighed in 60 pounds, 1 ounce over four days by focusing on creeks on the lower end of the reservoir.

Martin relied mostly on a deep-diving jerkbait, but also flipped a jig here and there throughout the week. On the final day, his most memorable move was switching to a stick bait-style wake bait.

Martin primarily fished bushes and wood cover on points and in the backs of pockets and drains in the creeks, as did most of the top 10 pros. Jerkbaits were by far the most productive, though others fished shallower with spinnerbaits, crankbaits and finesse plastics. A few deeper patterns worked, too, including dragging jigs or slow-rolling swimbaits for prespawn fish.

Cumberland in 2017 was a mixed-bag event with smallmouths, largemouths and spots.

Local pro Rex Huff expects Cumberland to produce similar results again this season, when the event will be held about a week later in the month. He thinks some fish will be on beds when the Tour arrives, but unless central Kentucky experiences a mild winter and spring, the timing is just a bit early for a full-on bed-fishing bout.

“As of right now, it should be the same, but Cumberland is real bad about coming up really fast if you get a lot of rain,” says Huff. “So as long as the water stays level before all the rains get here, it should be good.”

While Huff predicts a multi-species showdown, it is possible to weigh in a bag of five largemouths or smallmouths (though, Huff says the fish mix together this time of year, and it’s not uncommon for a 5-pound largemouth to show up while smallmouth fishing). For largemouths, the best action probably will occur around shallow cover leading into spawning pockets, or directly in the spawning areas. Smallmouths can be caught a little deeper around points, wood cover and staging banks. Spots, typically smaller, can be found in schools on points and deep banks and will likely serve as limit fillers.

The lower end of the lake has been the best for producing all three species, particularly big smallmouths. As we saw last year when Clark Wendlandt blanked on the final day after leading on day three, the lower end also can burn an angler.

“Probably 75 percent of the time tournaments are won down the lake,” adds Huff. “But every now and then there’ll be a tournament won up. But most of the time, because the smallmouths play into it, down the lake is the ticket if you want to try and win it.” 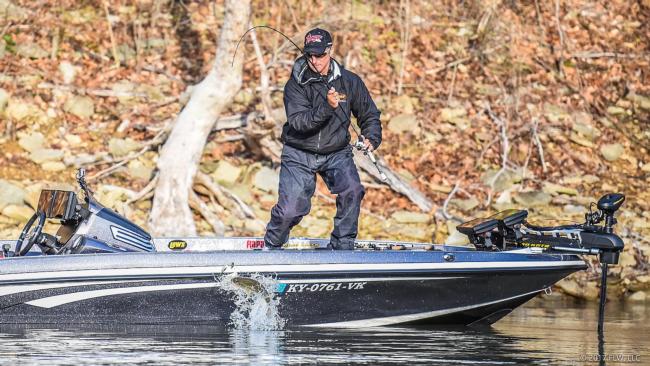 Jerkbaits – If this derby is anything like last year’s at Cumberland, jerkbaits will get a thorough workout for all three species in prespawn staging areas.

Spinnerbaits and ChatterBaits – Fished in the backs of pockets around flooded cover, either option is a largemouth producer.

Wake baits – Though wake baits are likely to produce only in narrow windows of opportunity, Scott Martin’s success with one last year didn’t go unnoticed, and surely pros will have some on hand this time.

Other – Weightless worms and jigs fished around spawning areas could be in play if the fish are just starting to move up and situate around cover. A buzzbait is another producer in this scenario, typically midday once the sun has warmed the shallows.

1. Water level – You can’t stop it, but you better be prepared for it if the water jumps up drastically before the tournament. Huff says the fish usually suspend in such situations, which contradicts the shallow, cover-oriented patterns normally associated with similar conditions.

3. The spawn – Though Huff thinks the spawn won’t quite be rolling when the Tour arrives, FLW’s top pros have shown again and again that they can sniff out the earliest spawners the very hour that they move up. It’s quite likely that someone picks a few off beds in this derby and makes the cut because of it. 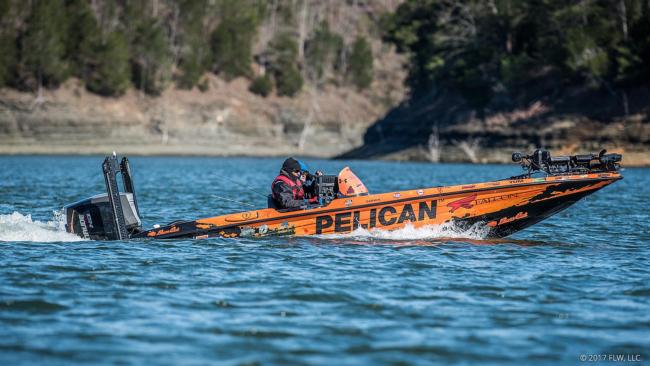 Lake Cumberland is tailor-made for the multi-species reservoir experts from Kentucky and Tennessee. Expect Andy Morgan, Terry Bolton, Ramie Colson Jr., Rex Huff and others from the region to have a strong showing.

John Cox and Zack Birge are experts at sniffing out early spawners with a buzzbait or wacky worm, and they’ll probably disappear into the backs of pockets in search of that bite this week.  Watch for them, too.

Scott Martin, Barry Wilson and Clark Wendlandt, who made the top 10 at Cumberland last season, will be hoping to repeat their success this time, and there’s no reason to suspect they won’t.

Finally, if anyone is going to get right by running a pattern all over a vast reservoir full of points and pockets, it’s Bryan Thrift – the easiest Fantasy Fishing pick on Tour.