The only consistent thing at the Cup is inconsistency 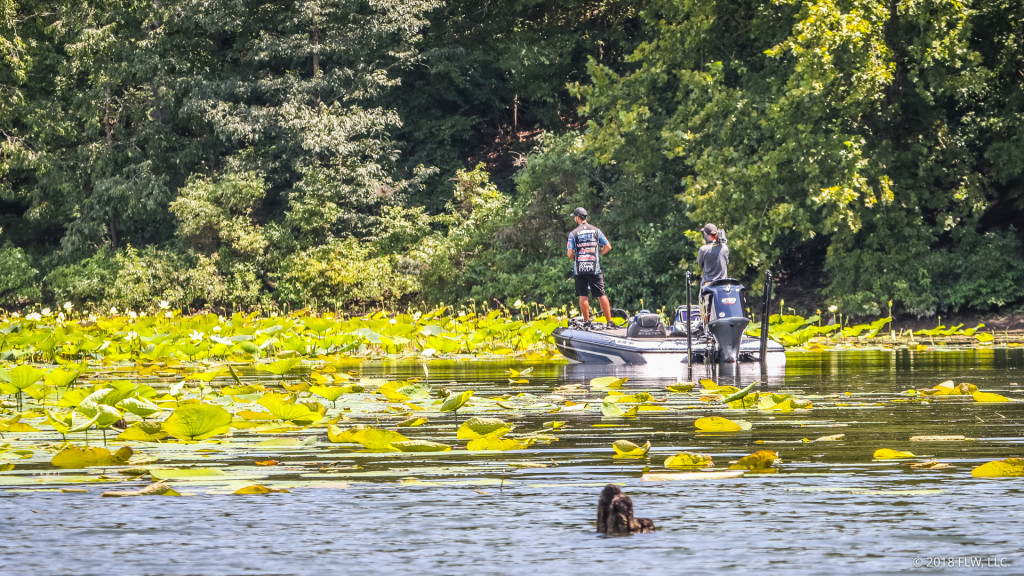 Wes Logan might be leading the Forrest Wood Cup right now, but this tournament is truly up for grabs.

With bites as unpredictable as they’ve been at a Cup in recent history, any pro could luck into a giant at any time. Or, at the same time, any pro could falter.

All the pros in the top 10 know that, leaving them all to wonder if they should try to play it safe or swing for the fences on the final day. 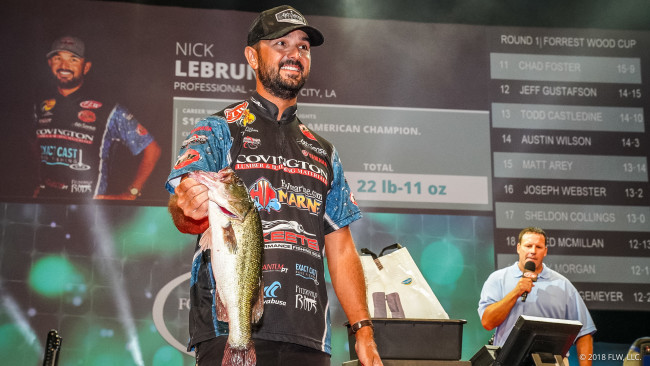 LeBrun says every angler is going to have a bad day in this event. It’s just a matter of weathering it. Well, day two was his bad day.

Despite feeling confident in his pattern and even saving some stuff for today, LeBrun couldn’t replicate his day-one performance of 13-5. He managed to catch only three fish for 9 pounds, 6 ounces.

“I don’t know what happened,” LeBrun says. “I probably ran 90 percent of my waypoints today. I’m just glad I had so many amazing things happen today as I did.”

Things didn’t start so amazing when his morning schooling spot only produced a 13 1/2-inch spotted bass, and his go-to area didn’t produce a bite. But the amazing part started around lunchtime.

“I was fishing a grass hump, and something told me to cut off my frog and tie on a River2Sea Whopper Plopper,” LeBrun says. “Not two minutes later a 6-pounder came up chasing shad. I tossed that bait over at it, and she smoked it.”

That fish pretty much saved his day, as he only caught one more fish at 3:30 p.m. when he saw one sitting on the bank, tossed the Whopper Plopper at it and “she ate it like she’d never seen a lure before.”

As for tomorrow, LeBrun is not nearly as confident as he was after day one.

“I’m going to have to do a lot of praying and thinking about what I’m going to do tomorrow,” he says. “I’m just glad I made the cut. You can’t win it unless you make the cut. Now I have a chance.” 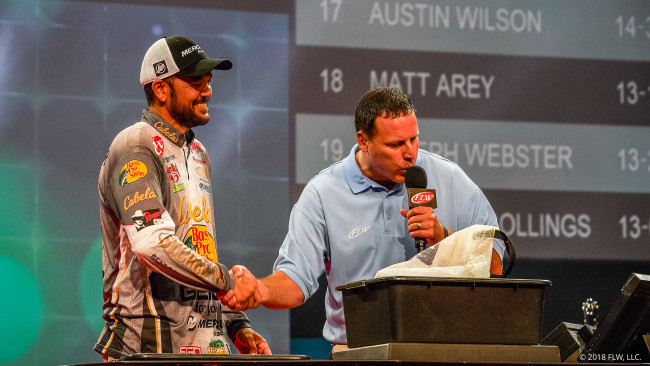 Bringing in only four fish usually puts a pro in a sour mood. Not Niggemeyer. At least, not today.

“I’m just excited for tomorrow; tomorrow is the day,” Niggemeyer says. “Anybody in the top 10 has a legit shot to win. So I’m exactly where I want to be. This is my first Cup in my first year with FLW. I’m blessed.”

Niggemeyer certainly has felt blessed this event. He keeps having “magical” things happen each day. On Saturday, it was a random fish that came up chasing a shad as he was idling.

“I cut the motor, jumped up on the deck on my knees, fired a Strike King Sexy Dawg at it and she ate it.”

Niggemeyer never even took off his PFD or dropped the trolling motor to catch that fish. The “bonus fish” was key because despite covering a tremendous amount of water with a buzzbait, his primary pattern only prompted three bites today.

“I’m going to have to fish with an open mind tomorrow,” Niggemeyer says. 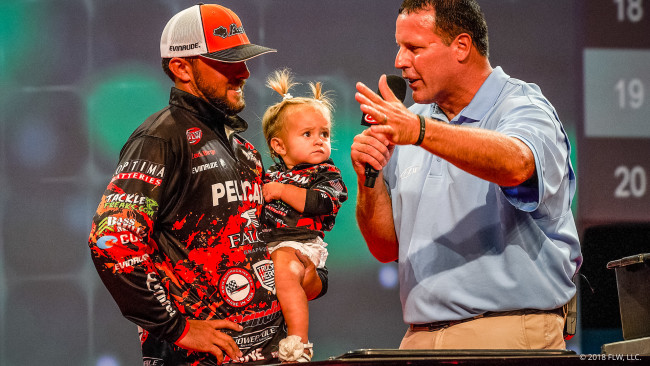 Two days in, and Birge is officially starting from scratch.

“Everything I had I didn’t catch a fish on today,” says Birge, who scrounged up a small limit for 7 pounds, 5 ounces. “My schooling spot, the fish were completely gone, and I never got a bite in my three best areas.”

With nothing going, Birge began running all new water and covering it as fast as he can.

“My trolling motor batteries are shot.”

Fortunately, he does have something specific to look for. Birge is keying on short pockets close to the main river with flats in the back. If he sees it on his map, he’ll run over and fish it.

“If it looks good, I’m fishing it,” Birge adds. “I only got six keeper bites today, and I caught five. So we’ll see what happens tomorrow.” 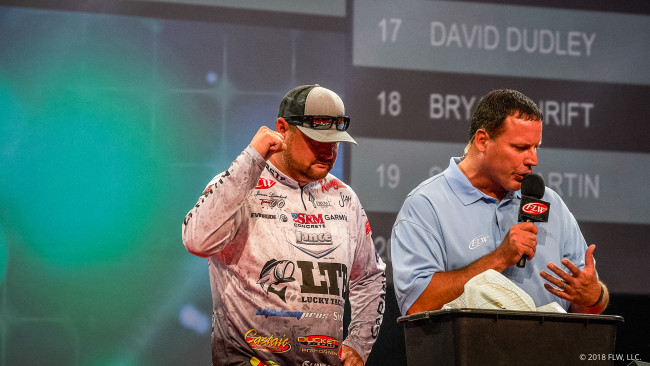 Lambert is one of the best offshore anglers in the world, and he’s certainly fishing offshore this event. Just don’t be surprised if he doesn’t do it on Sunday.

“It seems like it’s dying,” Lambert says. “I caught 18 keepers yesterday [Friday] and only five today.”

Worse, the quality just doesn’t seem to be there, as all his bigger bites have come fishing up shallow. That’s leaving him with an interesting decision for tomorrow.

“I have a chance at winning,” Lambert says. “So I’m thinking I may throw a curveball and fish shallow. It’s a risk, but I’m going to swing for the fences and try to make the magic happen.”