Topwaters and big worms were the deal at the Cup 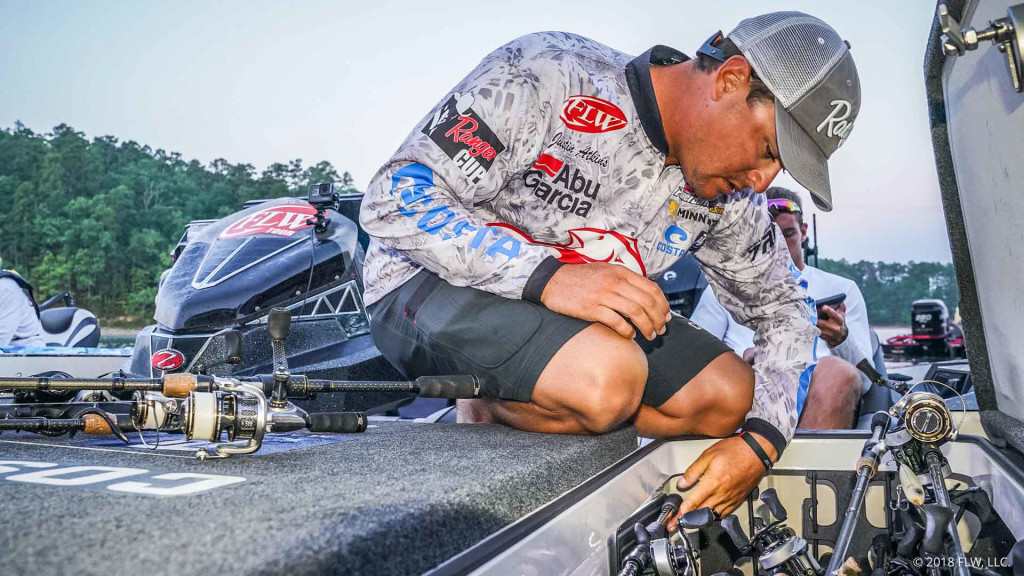 The fishing may be brutally tough on Lake Ouachita in August, but it’s pretty easy to figure out what works best.

All of the top 10 anglers were either burning topwaters up shallow or big worms and drop-shots out deep. 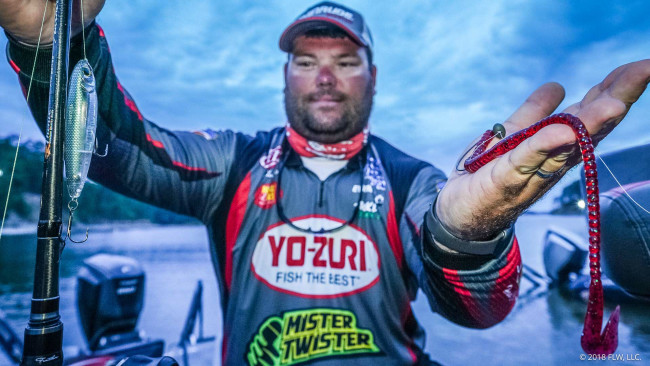 1. Clent Davis considers himself a good brush pile fisherman, so that’s what he targeted all week. He dragged a Mister Twister Mag 12 BUZZ Worm in plum apple on a 1/2-ounce head through them or swam a hollow-belly swimbait over them. He also a caught a few that came up breaking on a Yo-Zuri 3DR Series Pencil. 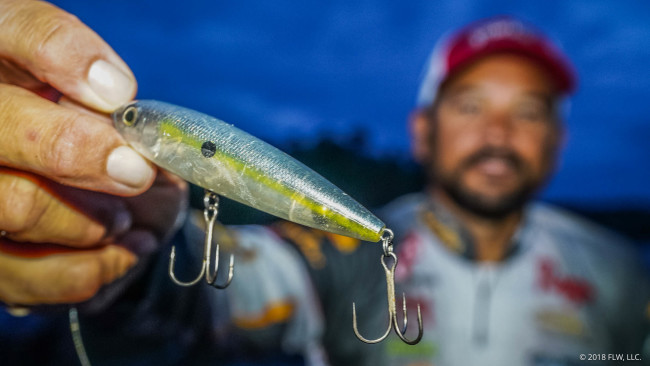 2. Random was the name of the game for James Niggemeyer, as he kept a buzzbait with a toad or a Strike King KVD Sexy Dawg in his hands, getting bites anywhere and everywhere up shallow. 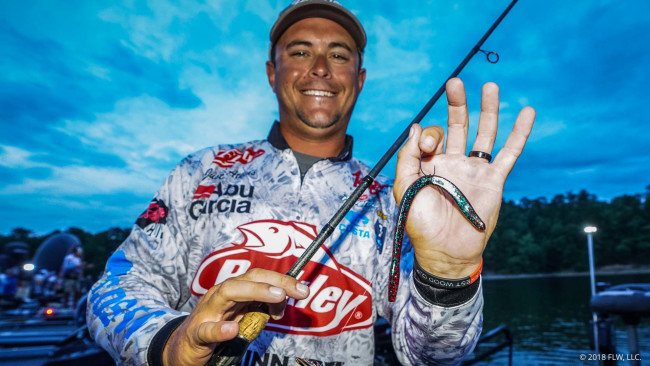 3. Justin Atkins might have pulled off winning back-to-back Cups had it not been for some lost big fish each day. He used a flutter spoon and Berkley Powerbait Fatty Bottom Hopper Worm on a Neko rig on offshore ledges, and a Berkley Choppo and a frog up shallow. 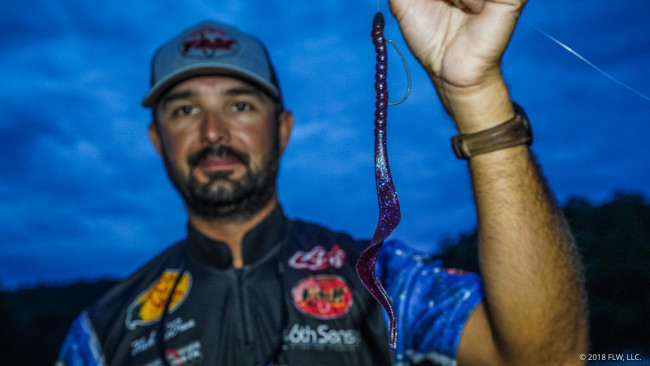 4. Nick LeBrun was the lone top-10 angler targeting vegetation, swimming and dragging a V&M Wild Thang worm with a 1/2-ounce Elite Tungsten weight and a Hayabusa hook through lily pads and offshore hydrilla beds. He also threw a 6th Sense Splashback and a plopper-style lure for schooling bass. 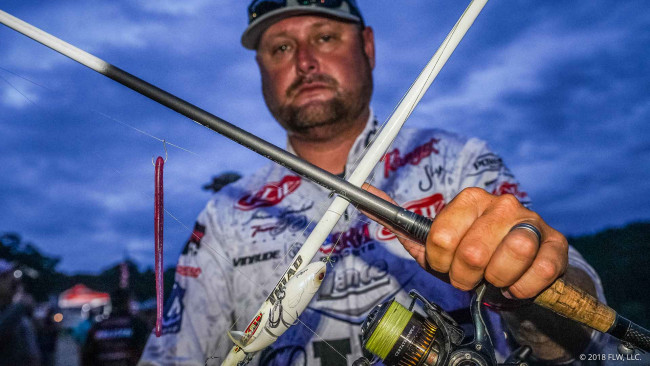 5. Jason Lambert found plenty of fish offshore willing to eat a drop-shot with a Roboworm Straight Tail Worm. The quality just wasn’t there, which prompted him to toss a River2Sea Whopper Plopper up shallow. 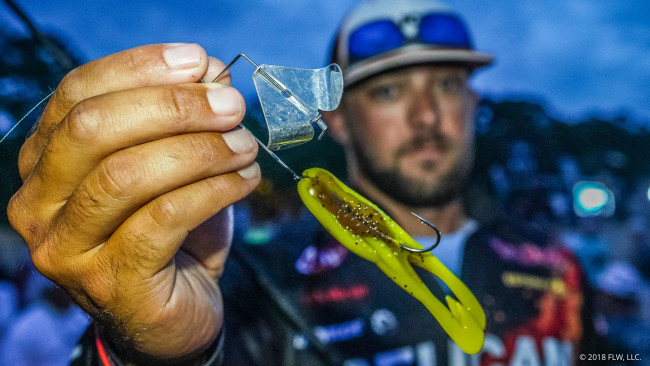 6. One lure – a YUM Tip Toad rigged weightless or on a buzzbait – was all Zack Birge used, burning it and his trolling motor down the bank as fast as he could. 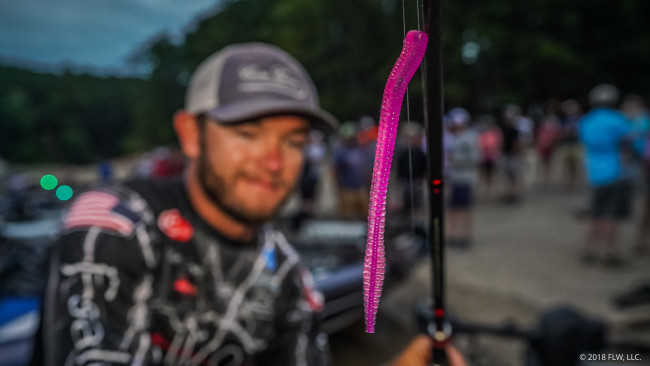 7. Day-two leader Wes Logan relied on a NetBait Contour Worm on a drop-shot for fishing offshore brush piles. Up shallow it was the one-two punch of a Brian’s Bee Prop Bee or a Dirty Jigs Scott Canterbury Buzzbait. 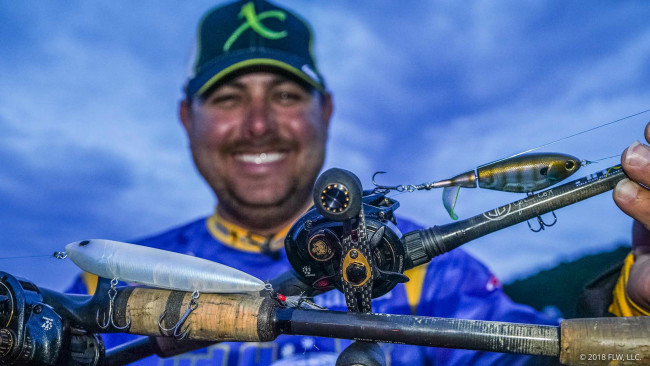 8. No surprise, John Cox stayed shallow throughout the event, tossing a Berkley J-Walker or Berkley Choppo. 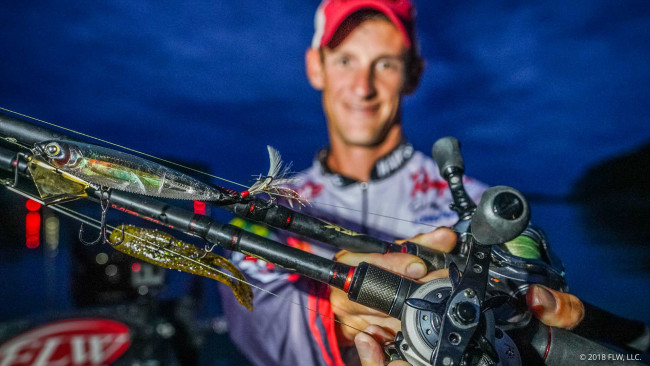 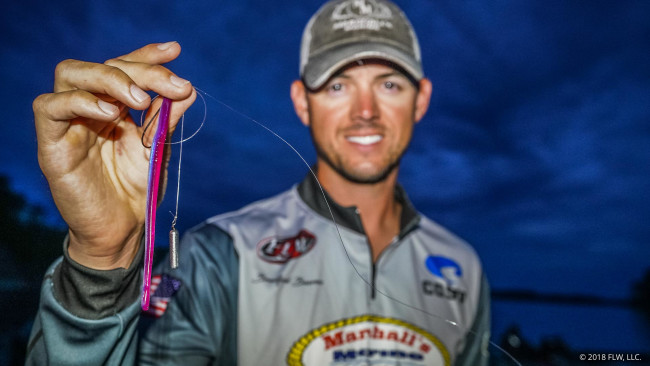 10. Bradford Beavers caught a 7 1/2-pound giant the first day on a 1/2-ounce Treeshaker Buzz Toad that carried him. He also used a Roboworm Straight Tail Worm on brush piles.