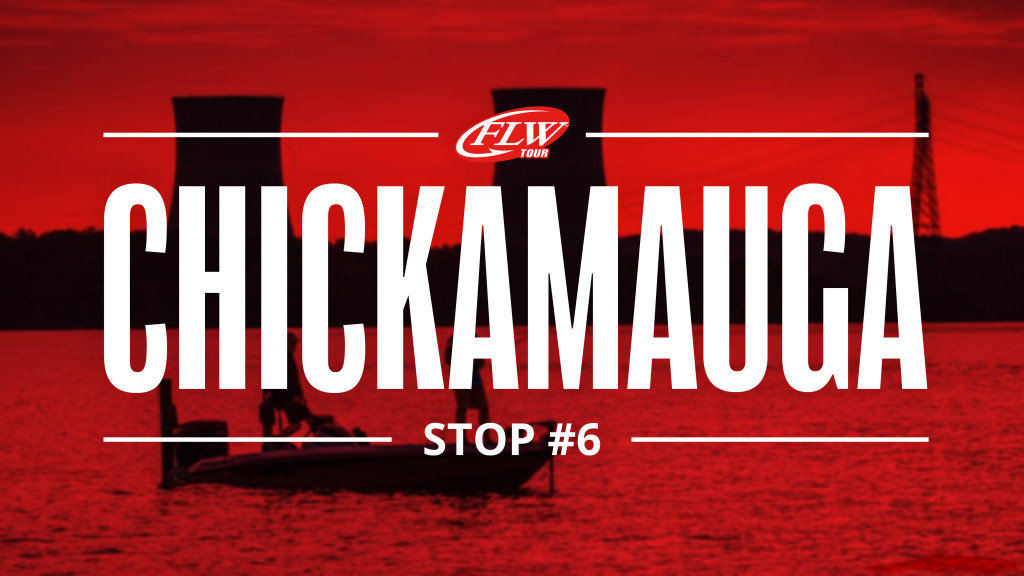 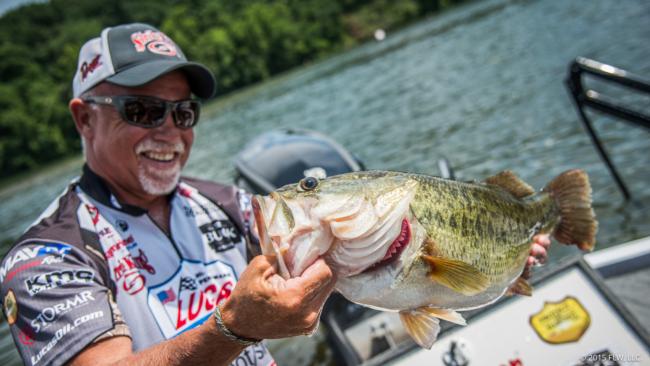 Located in southeast Tennessee, Lake Chickamauga is a Tennessee Valley Authority impoundment on the upper end of the Tennessee River nestled between Watts Bar to the north and Nickajack to the south. The lake was created upon completion of the Chickamauga Dam back in 1940 and named after the Chickamauga tribe of Cherokees who used to call the area home.

Stretching nearly 60 miles long, Chickamauga isn’t the biggest lake on the Tennessee River, though what it lacks in size it easily makes up for with the quality of fish that reside in it. While other lakes along the system have phenomenal fishing and an abundance of 3- to 5-pound fish, Chickamauga has that and then some with the potential for a 10-pounder on any cast.

Chickamauga largemouths grow to be giants thanks to Florida-strain genetics in the system and because the lake holds nearly everything a bass could ask for in terms of cover and structure. Current, laydowns, tons of aquatic vegetation – including hydrilla – and offshore structure and cover such as ledges and brush piles all give bass plenty of places to hide and feed throughout the year. 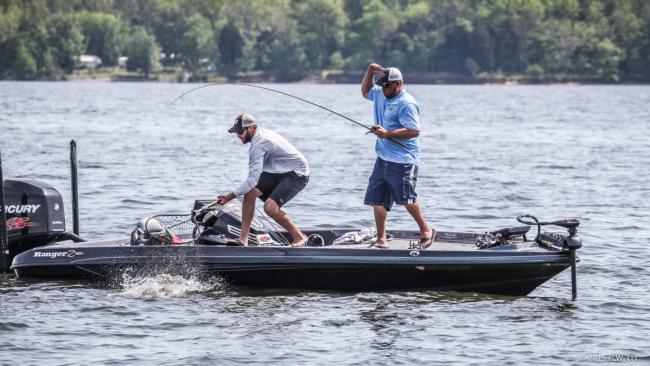 Most of the previous Tour experience on Chickamauga has been in June when the fishing offshore bite is on fire. In June 2015, Michael Wooley took the title with 92 pounds, 4 ounces by fishing a single shell bar in Dallas Bay, however, the rest of the top 10 mixed in some shallow and deep patterns.

Before that, in 2013, Casey Martin camped offshore within sight of Harrison Bay to haul in more than 100 pounds for the W thanks in large part to an umbrella rig.

Early May on Chick should provide a different look than we’ve seen the last few times. While there will certainly be fish found offshore, the bank could play just as big of a role.

FLW Cup champion Brad Knight lives just up the road and loves the potential that this event has to offer.

“The cool thing about early May is that you can fish your strengths and do whatever you want to do,” says Knight. “You can fish shallow, deep or all of it. Everything from a shad spawn in the morning to cranking out deep late can play. There’s no telling what one thing you should be doing. You can really mix it up a little bit.

“Most fish should be postspawn, but there will be some stragglers still on bed. You’ll see them caught from 1 foot to 20 feet.”

With loads of hungry bass feeding up to recover from the spawn, big weights should be expected. Anglers should be able to spread out a bit, and that will hopefully lead to some truly giant limits of bass.

“This event will be a lot better than when we’ve been here in June,” Knight adds. “With fish shallow and deep it opens the lake up more both ways, and that’s important on a lake like Chickamauga because it doesn’t fish very big. There’s not a better lake to catch a 10-pounder on in the world, but it gets a lot of pressure. There aren’t a lot of secrets on this lake anymore.”

Knight predicts it’ll take around 93 pounds to win the event and believes we will see plenty of impressive bags of fish.

Buckle up. This should be a fun one to watch.

With so many ways to catch them in play,expect to see anything from sight-fishing, targeting fry guarders, a shad spawn, flipping grass or docks, and, of course, some offshore fishing.

Texas rigs, floating worms, spinnerbaits, swim jigs and topwaters should see lots of action for the guys focusing their efforts shallow, while the pros looking out deep will rely on crankbait, hair jigs, shaky heads, swimbaits and football jigs. Basically, if it’ll catch a bass, then look for it to be thrown on Chickamauga. 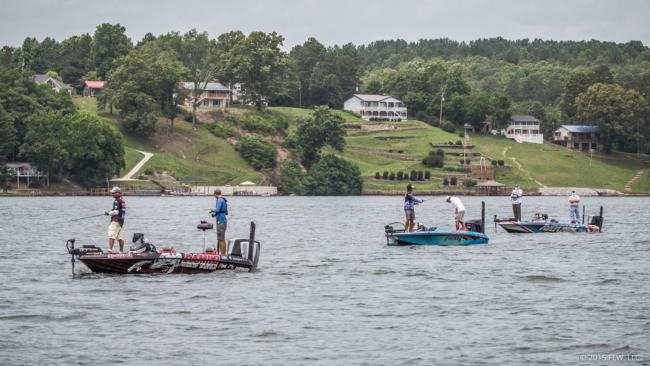 1. Weather – Rain and thunderstorms are in the extended forecast for Dayton, Tenn., on tournament days, but spring is a volatile time, and weather forecasts constantly change. If we do get weather, high winds could be a factor for holding offshore or sight-fishing the last spawners. Rain wouldn’t be a bad thing. It could help turn a shallow bite on, and help the offshore guys if the TVA starts generating current by pulling water. Right now, Chickamauga sits close to summer pool, and not much should change by the event. Worst case would be if the TVA decides to draw the lake down to prepare for rain.

2. Locking up – Watts Bar will also be in play for this event, which means pros will have to decide if they want to lock up. Watts Bar is full of 4- and 5-pounders, though the Tennessee River is notorious for barge traffic in its locks, and that’s an extra gamble you can’t control. It might be tempting to make the run to have the lake to yourself, but the risk of getting stuck behind a barge and being late to weigh-in has to be considered.

3. Pressure – As with any fishery, both pressure from the Tour event and locals can take its toll. Chickamauga is a popular vacation destination for people hoping to catch their new PB, and that adds extra pressure to the pile of locals that fish it regularly. Even though the entire lake should allow anglers to spread out, pros will still need to be able to adapt on the fly to get on fresh fish. 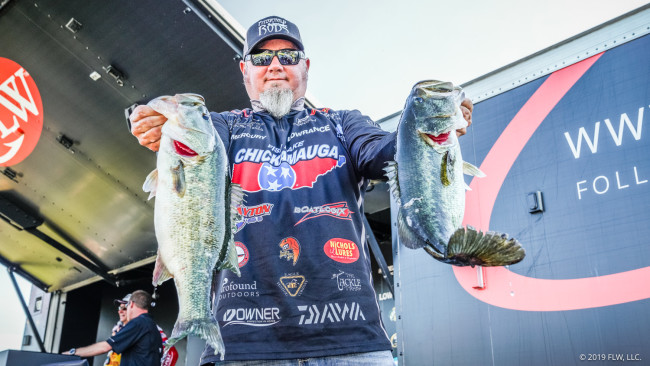 Right out the gate a lot of eyes will be on Buddy Gross and Brad Knight due to the amount of experience and success they have on the lake. Naturally, John Cox, Scott Martin, Bryan Thrift and David Dudley will also have high expectations on them. Miles Burghoff leads both the Angler of the Year and Polaris Rookie of the Year races and lives near this pond too.

From there, Alex Davis, Ryan Salzman, Josh Douglas, Terry Bolton, Joseph Webster and Bryan Schmitt all could be in contention come Sunday.