Setting up the final stop of the FLW Tour season 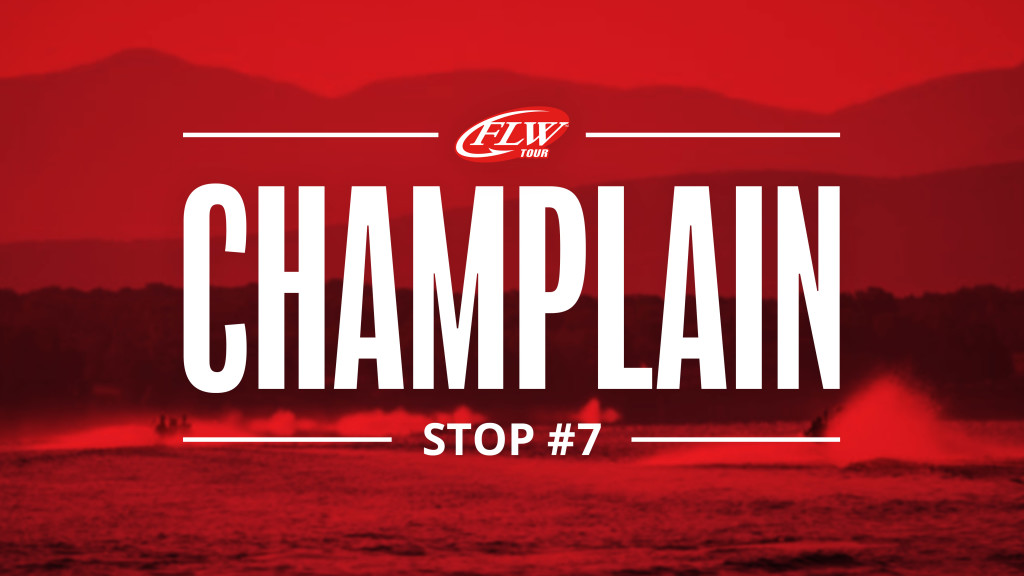 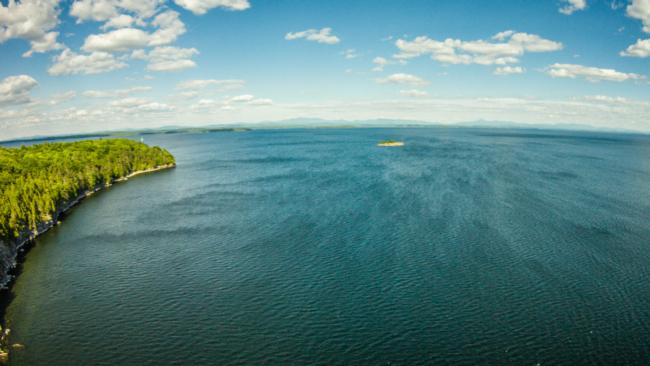 Capped on the north end by Quebec and running 100-plus miles along the New York-Vermont border, Lake Champlain is a true bass fishing gem, especially this time of year. Champlain is one of the most diverse tournament fisheries in the country, on which anglers have the ability to compete targeting largemouths or smallmouths, plucked from a variety of environments.

On the south end, near Ticonderoga (also known as “Ti”), the lake has big beds of milfoil and tons of other shallow cover to harbor largemouths. Up north, the lake is rocky and clear with grass beds in the bays and mixed into the main lake. On the north side, both largemouths and smallmouths can play depending on an angler’s desire – it’d be no surprise to see someone flip a largemouth out of a patch of milfoil and then drop-shot a boulder 500 feet away for a smallmouth. 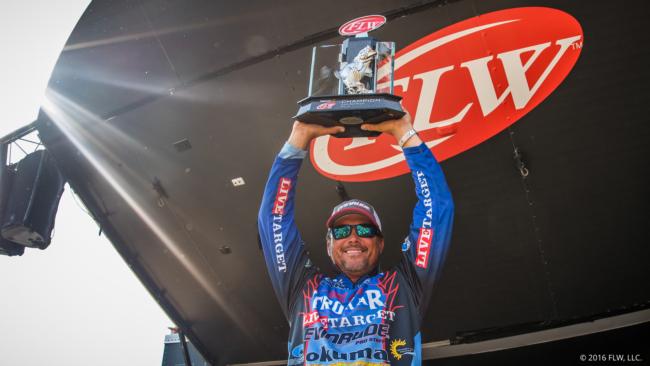 The Tour last hit Champlain in June of 2016. Then, Scott Martin won with a combo of smallmouths and largemouths caught across the north end from Missisquoi Bay to Rouses Point. The last two years of Costa FLW Series events on Champlain are also interesting indicators. Ron Nelson won them both, in 2017 and 2018, first with a combo of smallmouths and largemouths and then with strictly spawning smallmouths. In both events, the north end of the lake dominated and smallmouths played stronger than ever. 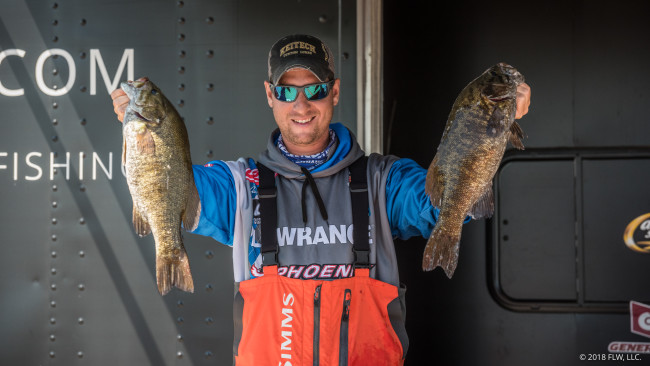 Champlain is such a fun location for a tournament in large part because of the unpredictability involved. Nelson winning last year’s Costa FLW Series tilt with all smallmouths was something of a surprise, but given the conditions, it made plenty of sense. Exactly what will go down this year is legitimately up in the air.

This year, the northeast has experienced a cool spring, and Champlain has been beset by high water levels. Peaking over flood stage at almost 101 feet at the end of April, the fishery has dropped about 2 feet since then and figures to continue to fall, at least slightly, as the summer progresses. The high water has a ton of new cover accessible up north and down south, and the cool weather may well have extended the smallmouth spawn.

In 2016, Martin and others (most notably Austin Felix) capitalized on smallmouth that were spawning. In the two most recent FLW Series events, spawning smallmouth played a major role as well – it’s very likely they’ll also be a huge storyline this time around.

Figuring out what the largemouths are going to be doing is a bit trickier. South, by Ti, many fish are likely to be just getting off beds. The same will likely be true up north, which could make pinpointing any one pattern especially difficult. Of course, with the quantity of largemouths at both ends of the lake and the history involved, it’s hard to count them out as true players. 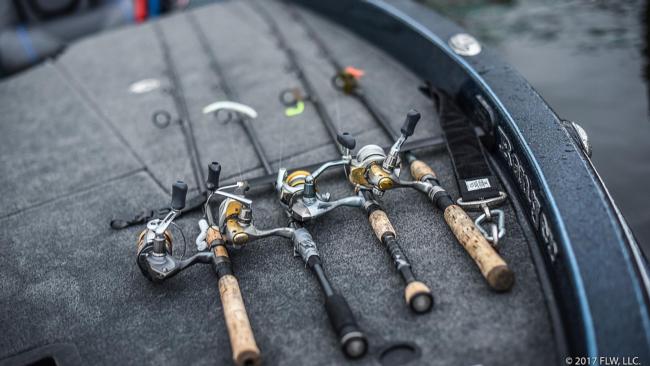 Given the presence of both species, it’s not unreasonable for a pro to roll out with 12 rods on deck and catch fish on all of them.

For smallmouths, finesse offerings like drop-shots and Ned rigs will get top billing. Jerkbaits, swimbaits and some other moving baits could easily get mixed in, as well.

On the largemouth side, winding baits like swim jigs, vibrating jigs and the like will undoubtedly produce. Frogs, wacky rigs and all sorts of flipping offerings should also be popular. 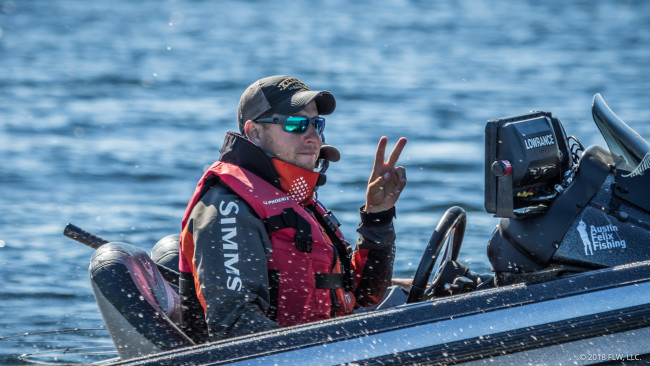 1. Smallies – It’s possible that four bags consisting of nothing but smallmouths could win this event. It might prove impossible not to mix in a largemouth or two over four days, but there are a ton of pros leaning hard into the idea of catching spawning brown ones.

2. Kickers – Champlain is an easy lake to catch 15 pounds a day, but separating from the pack is much more difficult. Adding a few 5-pounders throughout the course of the event is a really good way to separate from the pack.

3. The wind – Known for getting wicked rough, the wind on Champlain can toss patterns out the window and make the run to Ti take hours. Good boats and Spot-Lock make the wind a lot more manageable these days, but rough weather in practice could hinder those looking for smallmouths on beds, and rough weather on derby day will no doubt change up some plans. 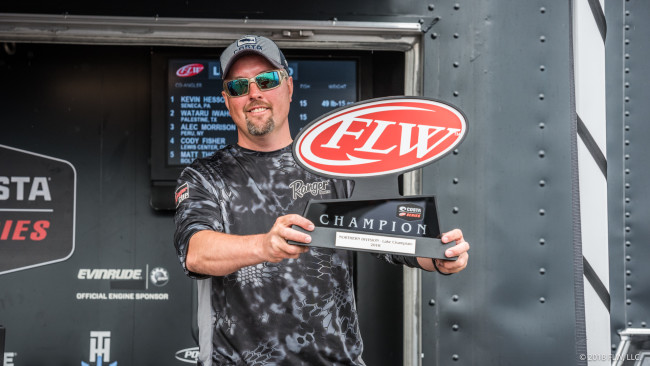 John Cox and David Dudley will garner a lot of attention is this one, not just because they’re likely to catch them, but because of the drama of the FLW Tour Angler of the Year race. Cox has just a one-point lead over Dudley, and both have done very well on Champlain in the past.

If it’s not Cox or Dudley, it could very well come down to Scott Martin, Austin Felix and Ron Nelson. Felix has never missed a top 10 in June on Champlain, Martin basically owns the lake and Nelson has won the last two Costa FLW Series events there.

Also, you should keep an eye on Bryan Thrift – he sneakily finished 11th when the Tour last hit Champlain, and he might just be overdue for another win.