Dudley Ahead in AOY Race

Virginia pro is unofficially in the lead 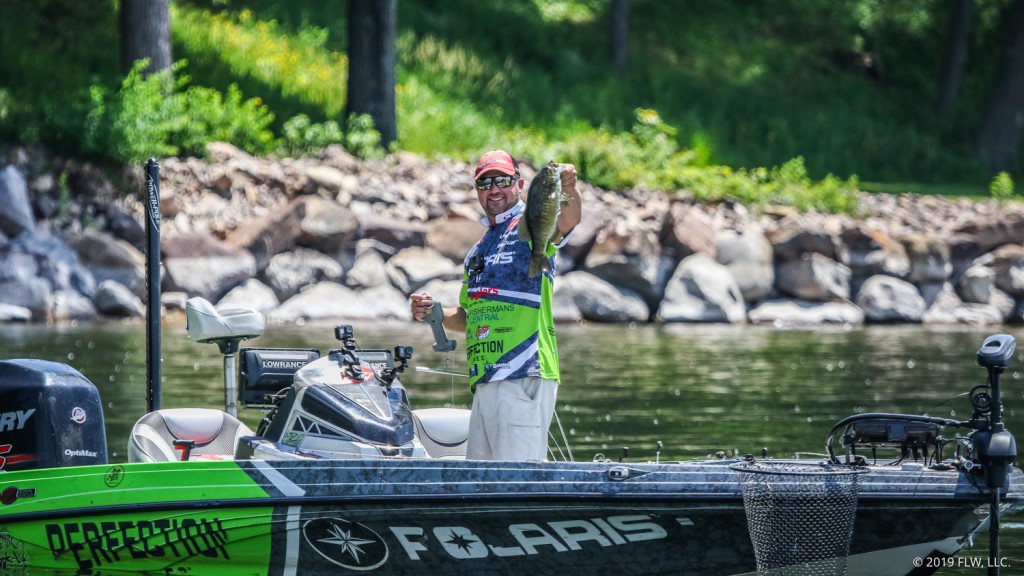 Editor’s note: These results are unofficial. AOY points will be awarded tomorrow for anyone who finishes below 30th place. Anyone who makes the top-30 cut will not receive official AOY points until concluding the tournament. Point totals listed here are hypothetical as if the tournament ended today.

David Dudley is unofficially in the Angler of the Year lead after one day of competition at the season finale on Lake Champlain. Dudley, who is currently in 11th place in the tournament, came into the event in second place in the AOY race and just one point behind John Cox, who’s day-one total has him in a tie for 32nd place. Dudley is unofficially in the lead by 20 points. Cox is in second, followed by Buddy Gross, Joseph Webster and Scott Martin.

In the Polaris Rookie of the Year race, Ron Nelson took over the unofficial lead by placing 20th today. He’s trailed by Bradford Beavers, who placed 51st today, and Miles Burghoff in 146th.