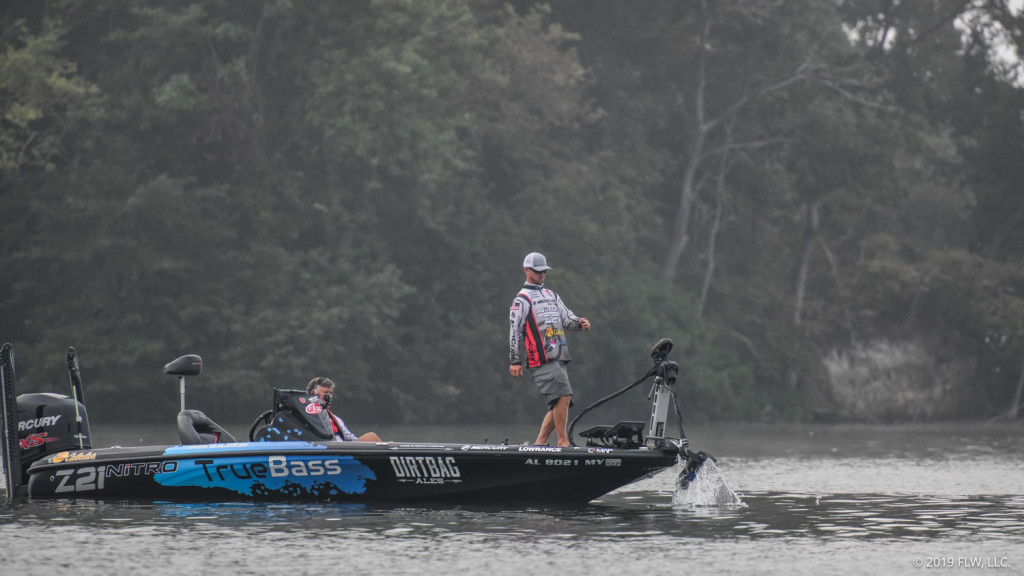 Ryan Salzman earned an eighth-place finish at the FLW Cup at Lake Hamilton with a well-executed two-part strategy.

“My game plan was always to start shallow in the morning for two hours, roughly, and then kind of go from there,” he says. “I would hit a brush pile every once in a while on my way to another shallow spot to see if that started firing off.”

Once he realized he could get bit on brush, Salzman boxed his shallow-water tackle and started fishing offshore.

On day one, Salzman weighed in 9 pounds, 5 ounces, which wasn’t a bad start, but he really pounded them on day two with 12-9. Most of the action that day came in the afternoon, when the Alabama pro found himself culling right up until it was time to head in.

The final day was much tougher because the morning bite window was smaller.

“It dwindled faster than any other day,” Salzman says of the shallow bite. “I think that was a result of fishing pressure, boat traffic and the heat – that weather change. We also had fog that morning. So it was a weather scenario that these fish hadn’t seen yet. And these guys are the best in the world, so we have shown about every shallow fish a bait this week. It was just tougher.” 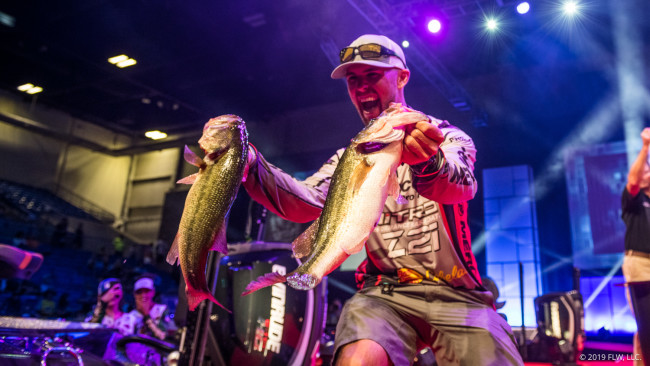 In practice, Salzman found a lot of his shallow fish with a SPRO Bronzeye Frog, but he never actually caught one on the frog in the tournament. Instead, he caught them on a 3/8-ounce War Eagle Buzz Toad Buzzbait and an Evergreen OB Popper, which he says was one of his best baits for the week.

“I stayed really close to the boat ramp, within five miles of the ramp,” he says. “I fished every pocket. Literally, I think I covered every pocket and bank in that area of the lake.”

Staying on the lower end in the morning meant he could sample his brush as he worked. Plus, he wouldn’t be far from his juice once the offshore bite picked up.

“For the brush piles, I fished from the second bridge [Airport Road/70] down to the dam – the lower third,” he says. “I would make a milk run up and a milk run back, up and down each side of the lake. I ran roughly 50 to 60 spots, and I would pull up, nose into it, drop my trolling motor, and I’d look at the brush pile with the Lowrance LiveSight. I’d pitch a drop-shot to it or a big worm, and they would either eat it at the first or second pitch.”

Salzman caught his brush bass with a Texas-rigged 11-inch NetBait C-Mac Worm and a Reaction Innovations 6.95 Flirt Worm (morning dawn and green pumpkin) on a drop-shot with a 1/4-ounce Titan Tungsten weight. 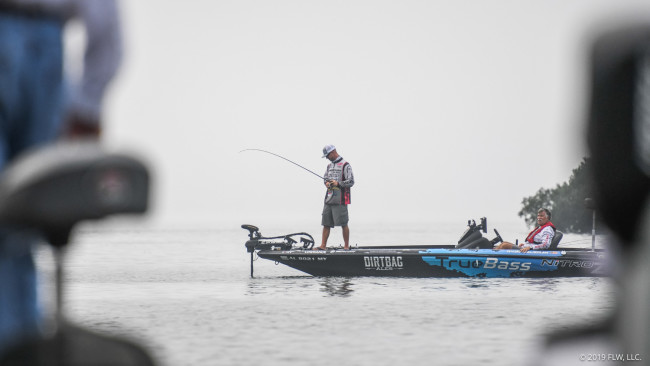 All week, he had to share some of his key piles with other pros in the top 10, but sticking around the right brush piles was important.

“What I looked for on the Lowrance was height and width. They needed to be the thickest and tallest, and it wouldn’t hurt if there was more than one,” Salzman says. “Smaller ones did have them [bass] but didn’t have near the quantity of fish.”

On the final day, Salzman had to grind it out until the last minute to get to a limit worth 4-14. His three-day total was 26-12.

“I had two fish at like 3 o’clock,” he says, “and then I hit four piles and ended up finishing out my limit right there at the end.”