Texan made the cut with a shaky head and weightless worm 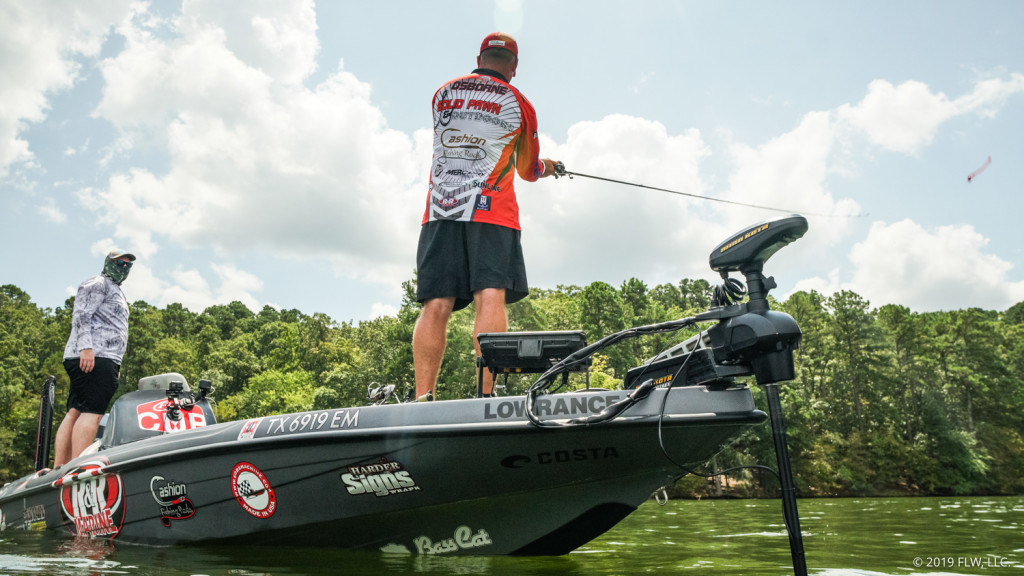 The drive from Longview, Texas, to Hot Springs, Ark., only takes about three and a half hours, so Longview’s Jordan Osborne enjoyed an easy trip up to pre-practice for the FLW Cup at Lake Hamilton.

Osborne spent the early visit graphing for brush in Hamilton’s lower end. In practice, it was more of the same, as Osborne spent only a couple of hours beating the bank.

The two-time Cup qualifier found his better brush in about 15 feet of water, where he targeted bass with a 6 1/2-inch redbug Strike King Perfect Plastic Finesse Worm on a Picasso Shakedown football shaky head.

“I thought that’s where the better quality would come from,” Osborne says. “That’s what I did all week – idled around and found as many brush piles as I could, fished as many as I could, found the ones that were productive and hammered down on them.”

Osborne credits patience as his biggest key to catching 13-11 and 8-11 over the first two days.

“I don’t get real wound up or spun out,” he says. “A lot of my brush piles turned out to kind of be a timing deal throughout the day. So the ones that I knew were good, I would hit them, but I wouldn’t give up on them. A lot of times I’d come back to them, and they would produce the second or third go-round.” 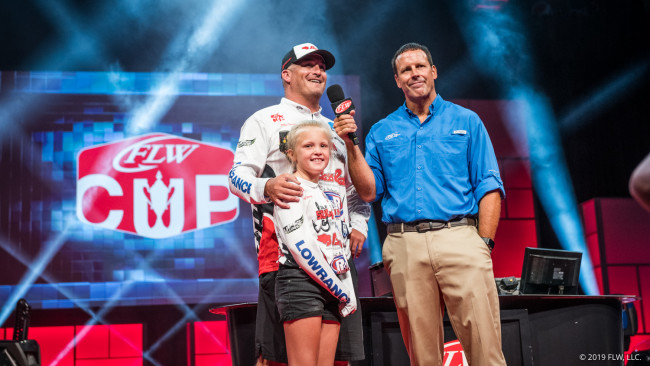 All of Osborne’s brush was in the lower end of the lake, where he spent the majority of the tournament within about a mile of the takeoff ramp at the fish hatchery. The only time he strayed was on the final day, and not for long.

Other than fishing brush, Osborne had one other secondary pattern skipping a weightless merthiolate-colored Zoom Trick Worm under docks.

“Any time the bite is tough I feel like it’s something that, any time during the year, something will eat it,” he says. “They saw a million buzzbaits going down the bank all week, so I decided to switch it up a little bit and throw them something they hadn’t seen. That thing is super easy to skip under docks, so I could skip it in one side and out the other. You just kind of work it like a soft jerkbait; like a weightless fluke.” 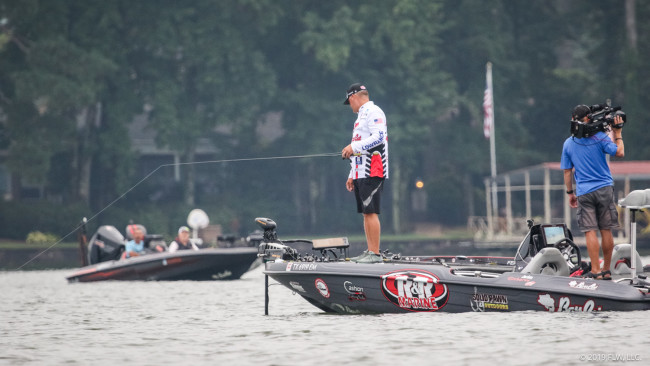 Osborne’s final day was a tough one. Even though he never landed a keeper and took a zero, he had opportunities.

The first miss occurred when a 4 1/2-foot gar made lunch out of a 1 1/2-pound bass that Osborne was fighting in on the Trick Worm. He later dumped a pair of 3-pounders. Then there was one that felt like a good one that he never saw because it hung him in some brush. And, as if that wasn’t enough, Osborne lost another on a square-bill crankbait.

“I could’ve been right there in it if I’d gotten those fish in the boat,” he says, “but it is what it is.”