Curveballs at the Cup 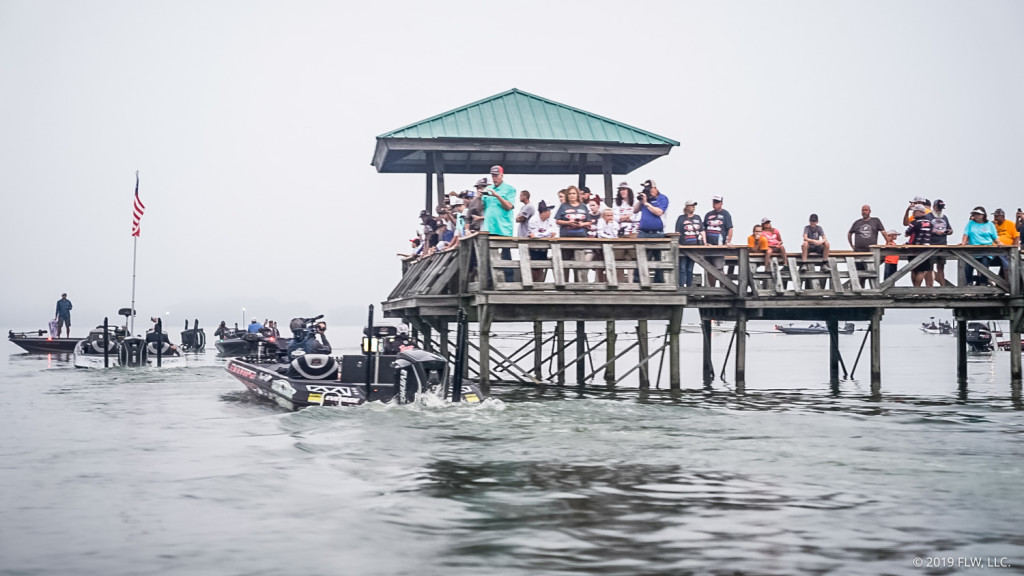 When the field of 52 anglers arrived in Hot Springs, Ark., for the official practice period for the 2019 FLW Cup, they were greeted with sunshine, humidity and brutal daytime temperatures in the upper 90s. Early in the week, there was little mention of anything other than the same – a typical Arkansas summer forecast of sunny and hot.

A classic summertime fishing battle was developing, and everyone in the field strategically placed their bet on how the $300,000 first-place prize would be won. Most competitors based their strategy around sunshine, high bluebird skies and targets involving shade, as well as the intense boat traffic that was expected to impact the competition days and make moving around the lake a challenge.

Some anglers were all-in on shallow-water strategies that revolved around bank grass, overhanging trees, seawalls and docks that were tucked off the main lake to avoid the boat traffic and high skies. Other anglers, such as Kyle Walters and Josh Douglas, chose to focus on deep points, offshore structure and brush piles, figuring that the sun and boat traffic would only help their bite by positioning bait and bass in the cover. Bryan Schmitt and Jordan Osborne took their chances on schooling fish. Former Cup winners Scott Martin and John Cox bet on the wild card upper reaches of Lake Hamilton where colder, clearer water from Lake Ouachita dumped in from above and tactics were focused around bream beds and (believe it or not) spawning bass in Arkansas during the month of August.

But, as is almost always the case in FLW events, the anglers were greeted with a surprise curveball as the event got underway and unexpected weather brought major changes.

As the old saying goes, meteorologists have the only profession where someone gets paid to be wrong every day. So we should all know better than to ever trust the weather forecast, but it still surprised many people when what once was expected to be a tournament of long, hot days filled with sunny skies turned into fog, clouds and rain for most of days one and two. Not only did the conditions keep most pleasure boaters at home, the weather forced some anglers to make quick adjustments to their game plans each day.

With most of the field’s strategy revolving around sun and shade for high-percentage targets, the clouds and fog scattered out the summertime bass and made those same targets much less dependable and reliable. Nick LeBrun had a strong shallow pattern throwing topwater around docks, which was dependable all through the sunny days in practice and had him in second place after day one. Ultimately, he was left scratching his head after day two when his bite disappeared and he failed to make the cut.

In addition, three of the eventual top 10 anglers were focusing on the upper reaches of Hamilton where current dictated the feeding patterns of the fish. They were also forced to change their plans each day. While current flowed in through the Blakely Mountain Dam early on day one, the generation schedule changed on days two and three, which threw Austin Felix, Scott Martin and Dakota Ebare a major curveball with their timing and rotations. Each of them would tell you that he believed he was on the winning pattern, but the lack of current the first half of days two and three proved to be just enough to keep them from a Cup victory.

The brush bite certainly worked for three days, but fishing pressure and changing conditions made it more challenging. By day three, getting a kicker bite from brush was tough. Walters, who caught a pair of kickers each of the first two days, never was able to land them the final day and came up short.

Former FLW Cup champion and hometown hero George Cochran joined us in the FLW Live studio during the event and predicted that the winner would need to save something special for the final day. He predicted that fishing pressure would take its toll, dwindling the number of bites each angler would get, and that the best three-day strategy would ultimately win out just as it did for him in 2005. 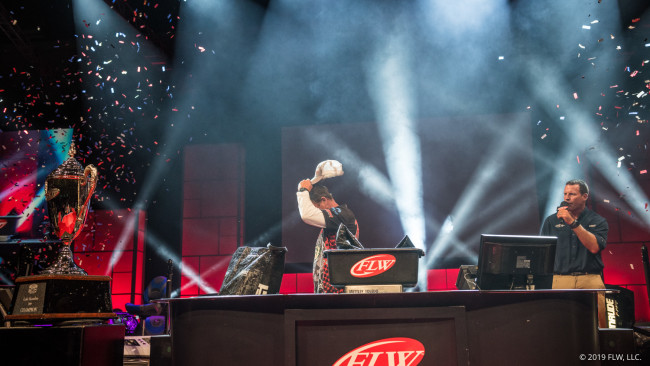 In the end, it was Bryan Thrift that saved some magic for the final day. Thrift hedged his bets perfectly with a plan that involved a little of each of the strategies mentioned above, changing with the conditions from day to day and never relying on one pattern to carry him through the tournament.

On day one, Thrift capitalized on the aggressive shallow fish that were easiest to catch but likely to not replenish. On day two, he focused almost exclusively on offshore brush piles. On the final day, he capitalized on an area near a main-lake bridge where schooling fish surfaced early in the morning. To top it off, he had one consistent spot where he finished each afternoon.

Over three days of competition, it became apparent that no single strategy was enough to take the Cup home, and Gentleman George’s prediction had most certainly come true.

One of my baseball coaches used to say something that’s always stuck with me: “Life is full of curveballs. So, get good at hitting them and you’ll be a much tougher out.”

Everyone wants and expects life to be predictable, but it’s full of surprises, just as the weather was surprising in Hot Springs for our 52 anglers that wanted to take home the Cup. If there is anyone who’s become proficient at hitting the curveballs on the FLW Tour, it’s 2019 FLW Cup champion Bryan Thrift. Congratulations on hitting the Lake Hamilton curveball out of the park.