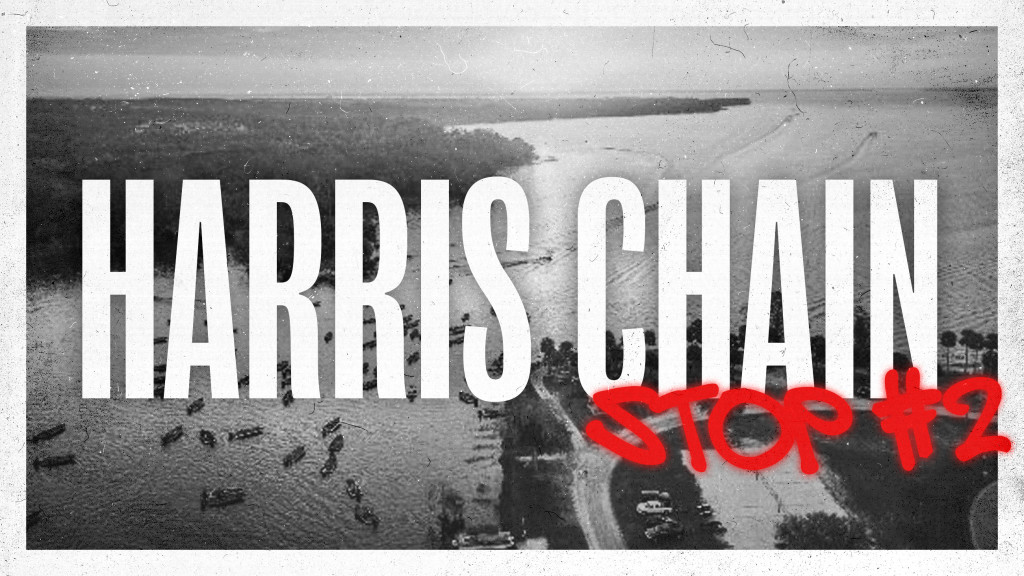 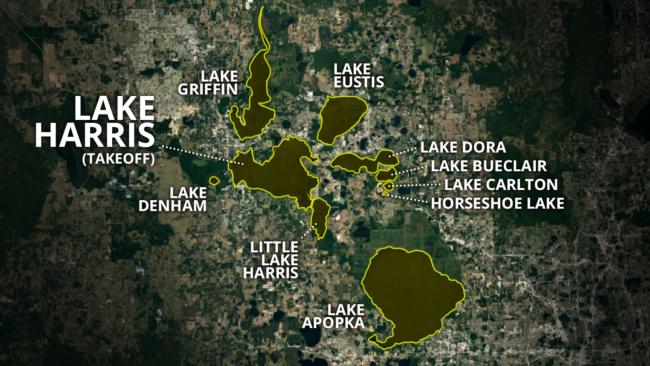 One of the most fun places FLW visits, the Harris Chain is a collection of lakes in central Florida that includes Lake Harris, Lake Apopka, Lake Griffin, Lake Eustis, Lake Dora, Lake Carlton, Horseshoe Lake, Little Lake Harris, Lake Denham and Lake Beauclair. In all, the pros have the run of 10 lakes, plus the myriad residential canals, rivers and backwaters that spread out off of them.

The Harris Chain isn’t quite the typical Florida fishery like Kissimmee or Okeechobee. The water is generally dirtier, and there are a lot more canals and the like leading off the lakes. However, like the Kissimmee Chain, there can be significant travel times associated with longer runs, mostly because many of the canals between the lakes are no-wake. 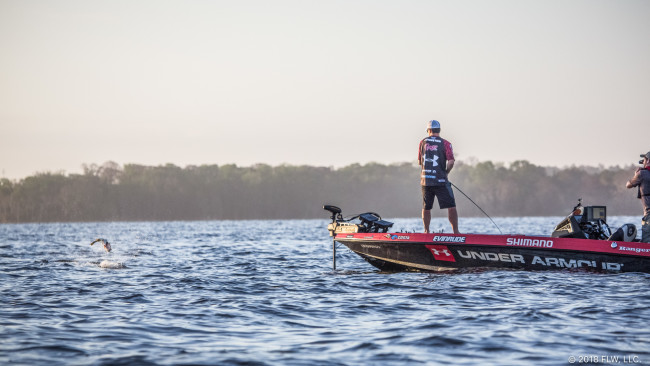 Last hit by the top pros in 2018, that tournament started as a bed-fishing derby and turned into a wide-open offshore grass showdown. Chris Johnston topped the field with 79 pounds, and Jeff “Gussy” Gustafson was right behind him with 77 pounds. Both were focusing on offshore hydrilla with a vibrating jig. Johnston also made hay with a jerkbait and a lipless on one edge of grass in the mornings where a shad spawn was taking place. 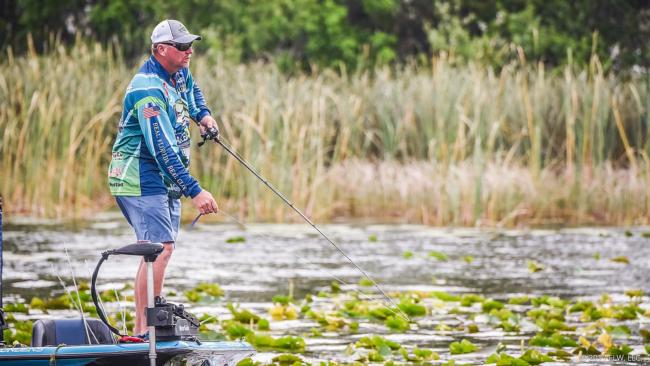 As is often the case with grass-focused fisheries in Florida, things are going to be different from year to year. This year, due to spraying, higher water and some natural dieback, the lakes generally have much less offshore hydrilla than they have had the last two times FLW has been there.

“There is some left in Griffin, and random grass left in some of the other lakes,” says Tim Frederick. “It’s going to be a completely different tournament. If the fish go back to their old haunts – pre-grass – I’ll be fine, so that’s what I’m hoping for. But there’s no guarantee.”

Frederick says that because there’s so much less offshore hydrilla, some of the other types of cover could play more than in years past. For instance, there’s a good deal of Kissimmee grass in the lakes, as well as eelgrass around the rims. And, with dirtier water because of the lack of grass, fish will likely push into the canals and the shallows more than usual to spawn. 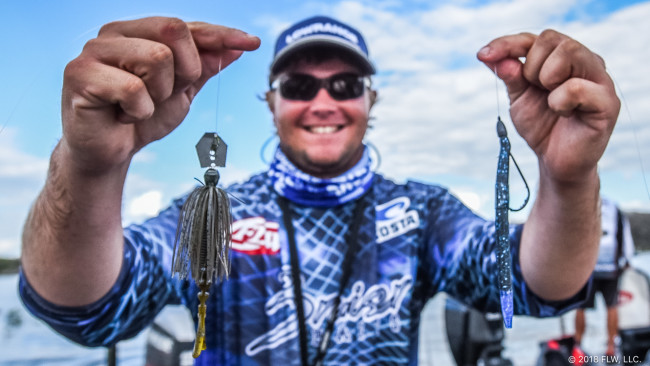 If a true offshore winding bite isn’t there, some winding baits will still make an impact, but flipping and pitching should do a ton of the work. Lipless baits and the like on the outside of the eelgrass should play as well. Plus, there ought to be spawning fish to catch.

Of course, you might not want to entirely discount the offshore deal. It’s a proven tactic on the Harris Chain, and we’ve seen it be successful even where there’s no grass. For instance, Matt Reed slung a Carolina rig in 2017 for a top 10 on Eustis, and he was barely fishing any grass. Additionally, the lure of finding a magic bit of leftover or freshly growing hydrilla is going to be strong. A lot of anglers will put in a lot of time idling to look for that honey hole. 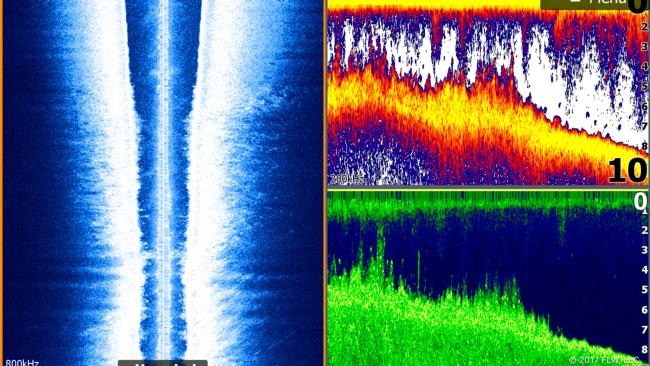 1. The weather – Never far from mind in Florida, the weather leading up to and during the event will be very important. If a cold front hits right on the tournament, the fishing will be tough, but some cold weather before the event might actually be good. So far, winter has been warm in Florida, so the fish are scattered and haven’t set up in the prespawn groups that usually form spawning “waves.” A little cold spell in advance might help those groups form up.

2. New hydrilla – According to Frederick, one of the scariest possibilities for the other competitors is one angler finding some new grass. If someone finds that perfect spot, he could be on the motherlode. 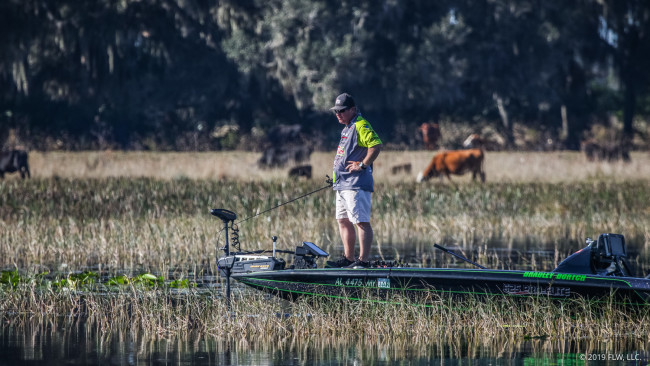 This year there are a ton of pros on the Tackle Warehouse Pro Circuit who have experience in Florida, both in general and specifically on the Harris Chain. Frederick is perhaps chief among them, but Darrell Davis, the McMillan brothers, John Cox and Tyler Woolcott are all interesting bets.

Additionally, Bradley Dortch has won there in the past, and he’d be one to watch to do it again.

Finally, depending on the stage of the fish, some expert sight-fishing anglers have a chance to do very well, so folks like Ron Nelson and Jamie Horton have to be on the radar.