Iowa anglers win on the Mississippi River in La Crosse 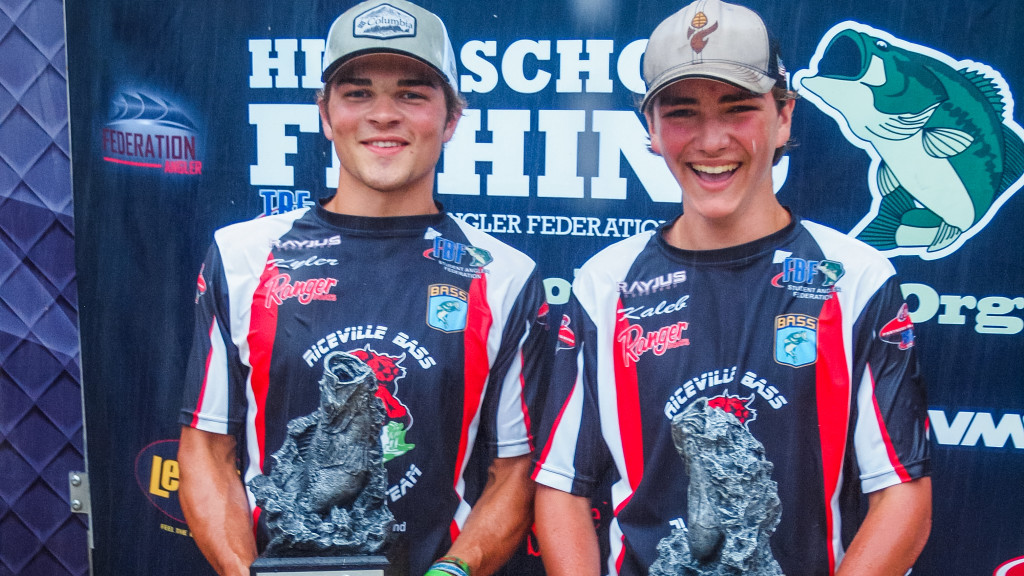 When Lawson Losee and Kooper Tweite first found out they had earned their way to the Student Angler Federation High School Fishing National Championship on the Mississippi River out of La Crosse, Wis., they joked with each other about what it would feel like to win such a prestigious event.

But the perseverance of the two, who fish for Iowa’s Riceville High School team, had them doing just that on Friday, which was the last day of the three-day derby.

With an 11-pound, 2-ounce catch on day three to go with 19 pounds, 2 ounces from the two-day qualifying round, the duo was able to take top honors by landing a total of 30 pounds, 4 ounces of bass. The win earned Losee and Tweite scholarships for future collage endeavors, as well other prizes.

The two pre-fished hard the week before, covering as much of the big river’s Pool 7, Pool 8 and Pool 9 as they could. Now mind you, this is more territory than one angler could define in a lifetime.

With that, it was literally a 300-yard stretch of water they came upon that produced all their big fish. And while the team will divulge their exact tactics to all of us soon, they are keeping the little details on the low as they are to fish on Saturday in the final round of the High School Fishing World Finals, which has been held concurrently on these waters. The couple of hints they gave was they were fishing in Pool 9, which anglers must reach by locking through from Pool 8 at the mercy of the lockmaster’s schedule due to commercial traffic, and they were fishing in shallow water, 1 to 3 feet, with slight current.

As for the final day of the championship, it started out slow for Losee and Tweite, with nary a bite. By mid-morning, dark clouds rolled in, and the rain began to fall. As the flow increased, so did their bite.

“All our bigger fish came mid-afternoon,” Losee says. “We were a little nervous at first, but then the bite just turned on.”

One other hint: “We were fishing on our own, with no one else around,” Tweite says. “We found fish that no one else was catching.”