GALLERY: Monsters Land at Massena on Day 3 of the TITLE 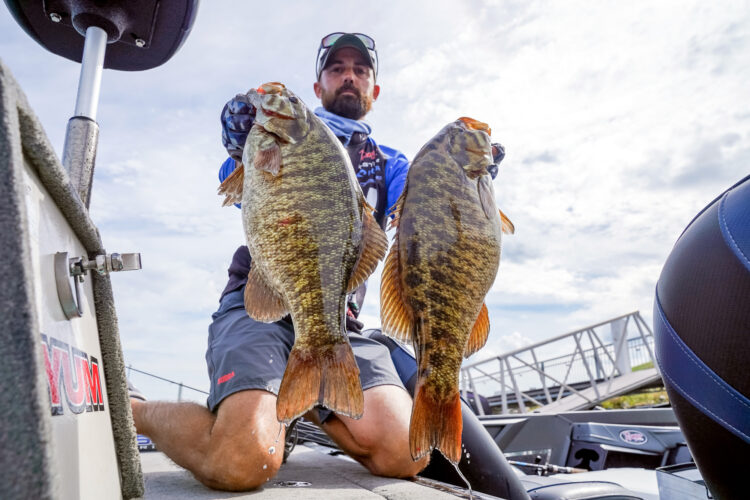 MASSENA, N.Y. – As should be no surprise, more massive St. Lawrence River smallmouth were weighed on Day 3 of the Tackle Warehouse TITLE Presented by Mercury. Arkansas pro Spencer Shuffield swung for the fences and returned to the weigh-in with a five-fish limit weighing 23 pounds, 3 ounces, one of the biggest bags of the tournament so far. He moves straight to Sunday’s Championship Round, while nine other pros in Group A advance to Saturday’s Knockout Round.

Get a look at which anglers on the Tackle Warehouse Pro Circuit Presented by Fuel Me found ’em snapping, and tune in to the MLF NOW! live stream tomorrow at 7:30 a.m. ET to watch Group B battle to avoid elimination.