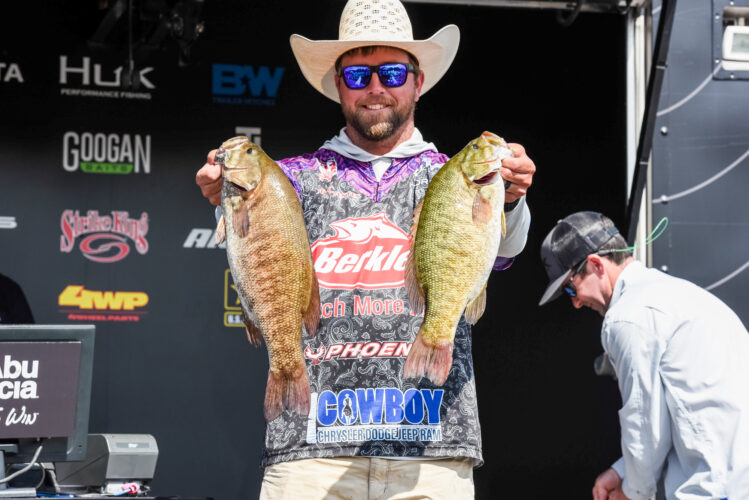 MASSENA, N.Y. – Ten pros on the Tackle Warehouse Pro Circuit Presented by Bad Boy Mowers have punched their ticket to Championship Sunday after an eventful day at the Savage Arms Stop 6 Presented by Abu Garcia.

Joey “Cowboy” Cifuentes put the hammer down on Day 3 and returned to the scales with a staggering 24-pound, 2-ounce bag of bass. He goes into the final day of competition with an almost 7-pound lead over Cody Pike‘s second-place weight of 60-09.

Michael Neal emerged victorious over Skeet Reese in the Angler of the Year race and claimed the 2021 trophy. However, Reese snuck in one last haymaker and knocked Neal out of the Top 10 with a 24-pound limit of fish.

The smallmouth scrap on the St. Lawrence continues Sunday at 7 a.m. ET on the MLF NOW! live stream.