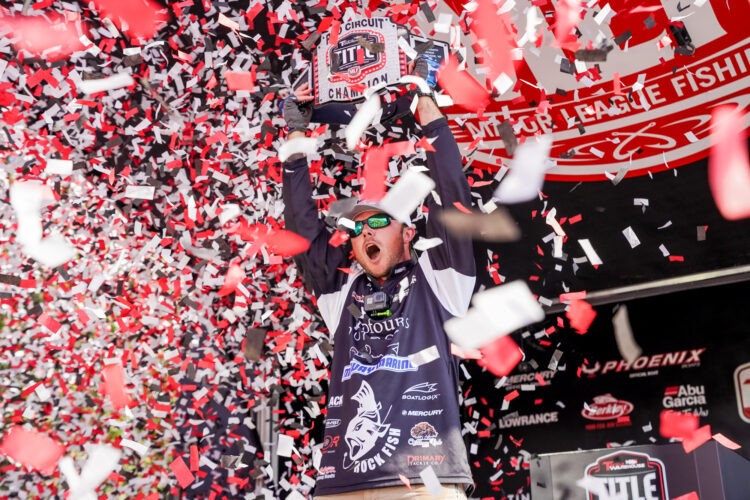 LA CROSSE, Wis. – Washam wins in Wisconsin! Tennessee pro Jimmy Washam returned triumphant to Championship Sunday’s weigh-in with a monster bag of Mississippi River bass that weighed 17 pounds, 15 ounces. He claimed the champ’s belt and a career-changing check worth $200,000. It was a week of spectacular topwater fishing at the Tackle Warehouse TITLE Presented by Mercury, but it was a Neko rig that sealed the deal for Washam.

That’s a wrap for the 2021 season of the Tackle Warehouse Pro Circuit Presented by Bad Boy Mowers. The action starts again January 27-30, 2022 at Sam Rayburn Reservoir in Texas.