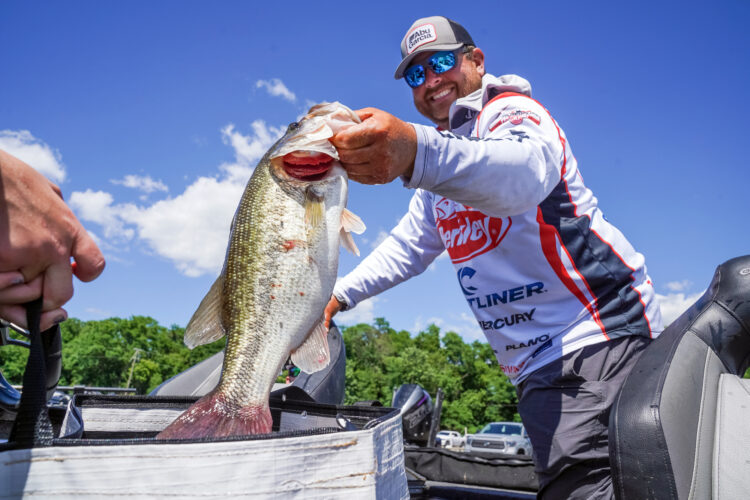 RICHMOND, Va. – Louisiana pro Nick LeBrun took the lead at the Toyota Stop 5 Presented by PowerStop Brakes after weighing a 16-pound, 6-ounce bag on Day 3. LeBrun’s total of 47-11 was best after three days of competition, but with the weights zeroed on Championship Sunday, every angler in the Top 10 has an equal chance at the trophy.

Check out the James River giants brought in by the pros of the Tackle Warehouse Pro Circuit Presented by Fuel Me, and watch the Top 10 battle for the win on the MLF NOW! live stream Sunday at 7 a.m. ET.