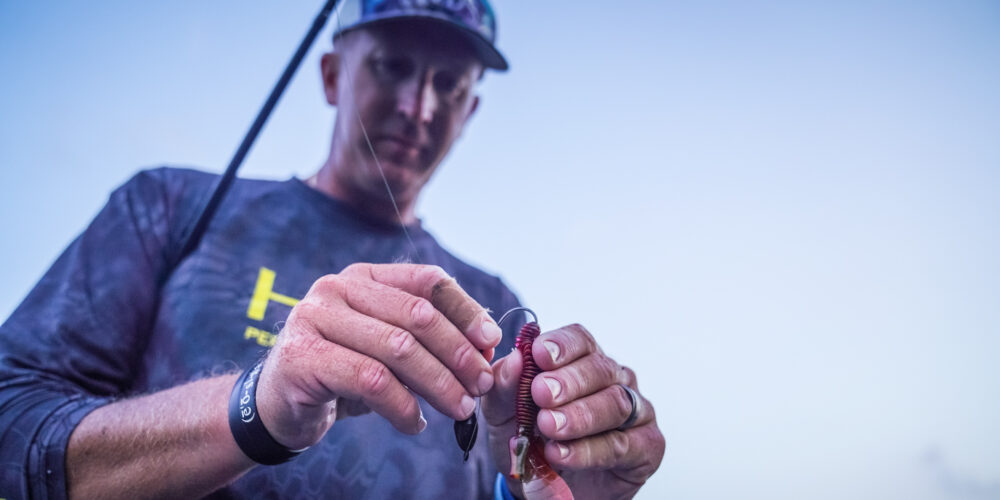 Before the Tackle Warehouse Pro Circuit Presented by Bad Boy Mowers truly heads north for the summer, the schedule calls for a stop at the Potomac River. Federal Ammunition Stop 5 Presented by Lucas Oil is hosted by the Charles County Board of Commissioners and the event will set the stage for the season finale at the St. Lawrence,  giving the pros a crack at some hungry, grass-dwelling largemouths before they trade out baitcasters for spinning sticks.

As one of the best tidal anglers in the country and a local on the Potomac, Bryan Schmitt always has the scoop and is anticipating a very good event.

The State of the River

Year to year, the winning patterns on the Potomac don’t vary too much, but the river itself changes a ton. With different types of grass always coming and going and the bass population in flux, any given year on the Potomac can offer a very different picture from a few years before.

“The grass is tremendously going in the right direction,” says Schmitt of the 2021 situation. “The only problem is it is mid-river and down. North of mid-river, it is nonexistent for some reason. We can’t figure that out. But, mid-river down, it’s starting to get back to the old days of lush milfoil beds, which is a rarity on the Potomac anymore.”

With lush milfoil from Greenway Flats and down, Schmitt thinks the Potomac is primed to produce. Going in June is the perfect time, and he reckons the recent heat wave will only help the fishing.

“In May, you’ve got a lot of spawning,” details Schmitt. “Unfortunately, you’re not sight-fishing on the Potomac, so you’re blind bed-fishing, and it’s slow. You can fish right over top of big ones and never even know they’re there. It’s my most unfavorite time of year, and that can last into June a little bit.

“But, once it really starts to bust hot for a little bit in June, it triggers a feed, so those same areas that they were spawning in, now they’re there and they’re eating. They don’t leave until July, then in July they might change what they want to do and go in the creeks or farther out to the main river. In June, it’s like all of a sudden, they’re there again. But, they’ve been there the whole time, it’s just you couldn’t catch ‘em that good.”

Because the Potomac is as good as it’s been in a few years, Schmitt has high hopes for the event.

“I think 66 pounds is going to be knocking on it for sure,” says Schmitt. “It’s on a little upswing, there’s going to be a couple nice bags. There are a lot of 4-pounders being caught. Those 4-pounders, they get to be like 3¾ after they spawn. By the derby, they should start to be better.”

In fact, Schmitt thinks a big bag or two will be key to earning the W.

“They just had a Wednesday nighter last week, and somebody had right at 20 pounds in 3 hours,” says Schmitt. “That’s hard to do, but I think it’s out there, that someone could do 20 or 21 pounds. If a guy does that, and he can just back it up, that’s going to be a big difference maker. A couple years ago, last year and the year before, that didn’t exist. That exists now; somebody could do that and distance themselves.”

Were he in the event, Schmitt would be the consensus favorite. Being that he’s not, he gave us a few picks to play with, both of which you might consider for your fantasy rosters.

“I’m gonna throw Bobby Lane in there,” says Schmitt. “Bobby’s beat me a couple times there, he knows what he’s looking for and he’s fishing very good.”

For a slightly less famous pick, Schmitt likes the idea of some local knowledge.

“You’ve definitely got to put Cody Pike,” says Schmitt. “I’ve fished against Cody many times there. He knows what he is doing, knows what to throw, knows where to be. Cody will do good.”

We’ll see if Pike and Lane are in the mix come Day 4, but you’d be well advised to get hyped for a fun event either way. With good grass and the bass population in good shape, you can bet the Pro Circuit anglers will be swinging hard on the final day.