MORNING REPORT: What Can We Expect on Day 2 at Lake Eufaula? 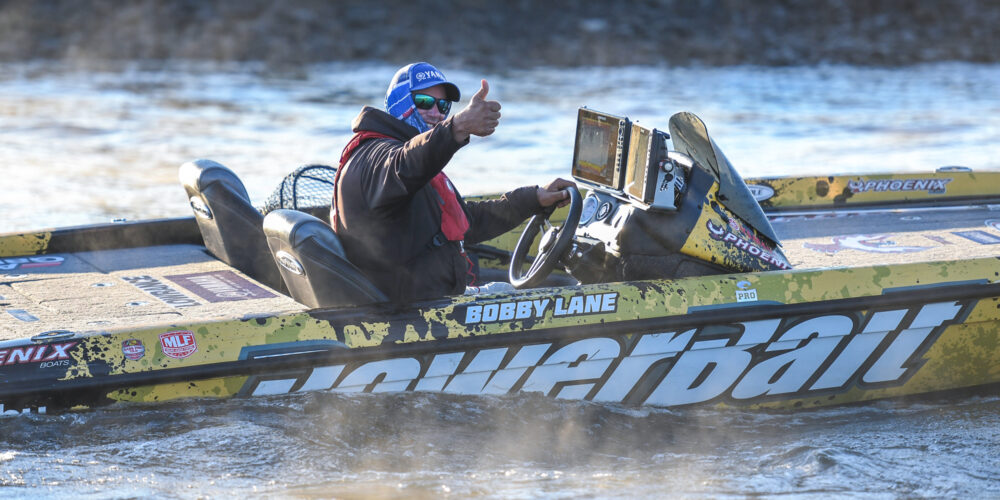 EUFAULA, Ala. – Even before the first flight of boats left Lakepoint State Park this morning for Day 2 of the Tackle Warehouse Pro Circuit Grunden’s Stop 4 presented by A.R.E., it was impossible to escape the feeling that change was imminent. But then again, that’s been the personality of Lake Eufaula since the field arrived for the first day of practice five days ago.

Water levels continued to drop on this impoundment of the Chattahoochee River overnight, now at 188.13 feet – 16 inches lower then it was in practice, and just shy of 2 feet lower than it was one week ago. Historical river-level data shows that Eufaula will likely fall another 6 to 8 inches over the next two days – that steadily falling water plus a high percentage of bass in postspawn transition point to another dynamic day as the field battles to make the 50 cut.

Most of the anglers who ended Day 1 in the Top 10 started off Thursday morning with Plan A in mind, and then moved quickly to Plans B, C and D as the 6:30 a.m. CT takeoff narrowly missed the shad spawn, and the falling water and brisk northeast wind altered conditions in many anglers’ best shallow areas.

Tops among those was Day 1 leader Bobby Lane. The Florida pro started the day with the shad spawn in mind, quickly ditched that idea shortly after he fished his first spot, and then ran water on the north end of Eufaula that he had dabbled with in practice. For Day 2, Lane’s plan is the same: Start with Plan A, and go from there.

“I’m out earlier (first flight), so I feel like I have to try the shad spawn – I won’t stay long if I’m not feeling it, though,” Lane said. “I kinda pieced it together (on Day 1) and I’ll probably do the same thing (on Day 2), but that’s what you have to do when the water’s dropping like it has been this week.”

Lane did stick with a generally shallow gameplan, though, while other anglers in the Top 10 started the morning thinking shallow before putting in time offshore. That change paid off well for both John Cox (third with 19-2) and Justin Lucas (fifth with 18-3), both of whom started on the bank before moving to brush piles in deeper water.

With continued dropping water, the lurking change referenced above should come in the form of a more prolific offshore bite on Eufaula’s ledges, drops and brush piles. Don’t be surprised if Day 2 sees a higher percentage of the field committing more time to those offshore patterns.

“I stopped fishing around 2 o’clock yesterday and rode the rest of the day, trying to mark more stuff,” confirmed Ryan Davidson, who held the top spot on the unofficial leaderboard for much of Day 1 before settling into eighth place with 16-6. “I didn’t go to what I thought were my best places, I just kinda fished my way south yesterday. It’s ledges, some drops, some actual rock piles and brush. A lot of isolated stuff. I think I’m around a lot of numbers. My fish are all cookie cutters, but as long as I run enough places – maybe some shallower stuff or deeper stuff – I’ll run into a bigger one, but I feel like if I can catch 16 or 17 pounds a day, I’m going to be in the mix.”

Live stream of the Day 2 weigh-in starts at at 3 p.m. CT at MajorLeagueFishing.com. Click here for full event details.