Ready to Roll on the Potomac 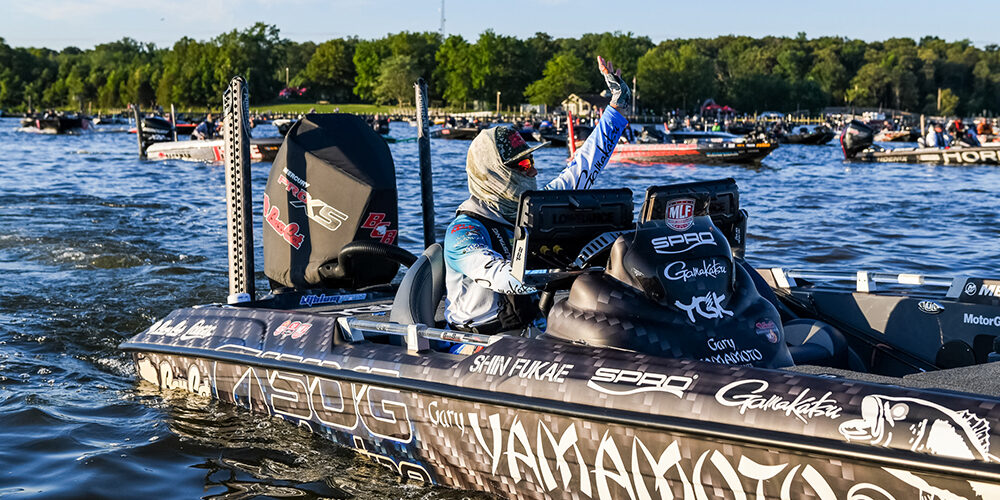 Kicking off under nearly perfect conditions with shockingly little humidity and plenty of sun, the Tackle Warehouse Pro Circuit Presented by Bad Boy Mowers is underway on the Potomac River. Federal Ammunition Stop 5 Presented by Lucas Oil is hosted by the Charles County Board of Commissioners and is the last opportunity for a real largemouth tournament before the pros head north to finish the season at the St. Lawrence. According to the pros, the river is a bit lacking in grass this year, but the bite is strong and plenty of fish should hit the scale come weigh-in.

The Potomac isn’t exactly a mysterious tournament fishery, as countless big tournaments have gone down on the tidal river shared between Virginia, Maryland and Washington, D.C. Running roughly north to south into the Chesapeake Bay, it’s a tidal river that usually fluctuates a couple of feet per day.

Though perhaps not his home fishery, New Jersey pro Adrian Avena has cashed a lot of checks on the Potomac and nearly won before. Histrically, he fishes a bit differently than the crowd, preferring to run more and eschewing the popular strategy of camping on a good community grass bed. Still, he’s been plenty successful and is more than in touch with how the fishery is setting up.

“A lot of the northern creeks have no grass in them,” Avena says. “That zone from Quantico to about Dogue is where the majority of the grass is. Of course, you have really good grass in Aquia, but when it comes to main river grass and creeks with grass, it’s really from Quantico to the mouth of Dogue. Piscataway, Broad Creek, all those northern creeks don’t have grass.”

Despite the limited grass, Avena thinks the river is going to be good to the pros this week.

Given the current state of the river, Avena expects a fairly exciting event, with the power-fishing basics than can often excel on the Potomac taking center stage.

“Because of the stage of the grass and the fact that we’re fishing a lot of incoming water, I think there is going to be a lot of chuckin’ and windin’,” Avena outlines. “The grass isn’t as tall as it normally is, so you’re going to see a lot of swim jigs, a lot of ChatterBaits, maybe some shallow-running crankbaits. At least, I’d like to believe it’s going to be that and not a Senko-fest.”

Still, Avena knows that a lot of pros in one community hole can lead to a lot of spinning rods on deck. For his part, he’s hoping to avoid spending too much time milling through the grass in one general area.

Stay Tuned for a Good Event

Though unlikely to shatter weight records, the Potomac is nearly always an interesting tournament fishery. With a lot on the line in the last two events from a points perspective, it offers pros a big chance to move up or mess up. So, making the right calls will be key.

“There’s more strategy in tidal river fisheries than really anywhere we go,” says Avena. “You can be in the winning area at the wrong time and you’ll never know. It’s really about understanding the tide, understanding where you need to be on certain tides, and not being afraid to move with the water.”

Fishing without fear might go a long way this week. It might also leave a pro holding the bag. For those of us without a dog in the hunt, it should offer some good entertainment and plenty of fish.