ROY UPDATE: Hatfield and Loberg Tight at the Top Before the Season Finale 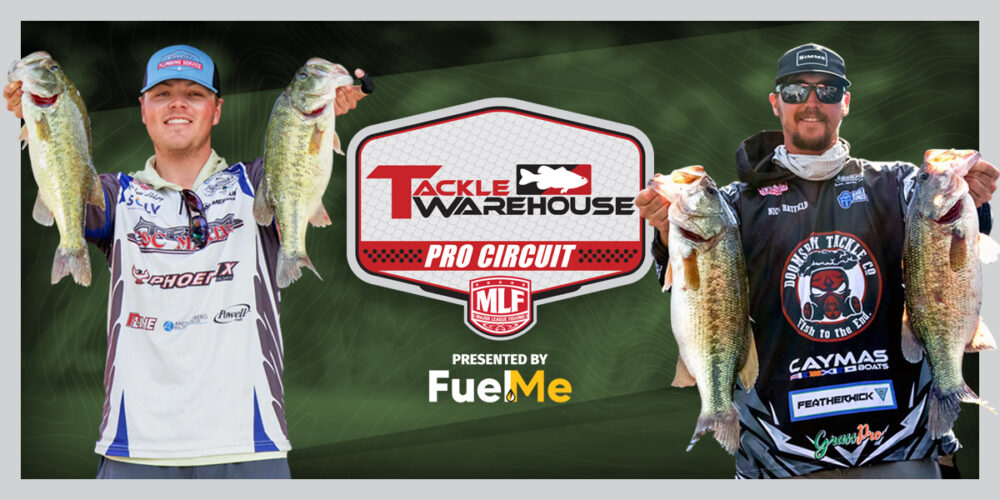 The Angler of the Year race in the Tackle Warehouse Pro Circuit Presented by Fuel Me is going down to the wire at Lake Champlain, and the Polaris Rookie of the Year race is headed to a similar photo finish. With Nick Hatfield and Andrew Loberg separated by just 18 points, there’s a great chance the ROY race will go into Day 3, and it might stretch into Day 4 if something dramatic happens.

Here’s how things stand ahead of the season finale.

After ripping off back-to-back Top 10 finishes on the Tennessee River, Hatfield came back to Earth with an 83rd-place showing at the James River. Still, he only dropped 10 spots in the overall standings, down to 20th, and retained his edge for ROY with his lead actually expanding by 2 points.

“I knew going into the James I really needed to survive, and it kills me,” Hatfield said. “I was on enough fish to have a good tournament and do well, but I had issues losing fish on Day 2. There’s not much you can do about it. If I would have survived that one with a Top 50, heck, I would be in a lot better shape.

“But, at the end of the day, I’m still leading Rookie of the Year, I’m still Top 20 in points in my first year, and you’re going to have tough tournaments. I would say that the Harris Chain definitely bugs me more than the James.”

The James and Champlain represented some of the most unknown territory on the schedule for the rookies in contention, but Hatfield actually has some decent history on Champlain to lean on. In addition to a successful Bassmaster Open there, Hatfield put down a 29th-place finish in last year’s Toyota Series event on Champlain, running two separate patterns in the event and spending a pretty good chunk of time practicing.

“I’ve been to Champlain, I’ve got some experience up there and I really love it,” Hatfield said. “So, hopefully I can go out there and find everything I can find and see what happens.

“More than the prize, winning Rookie of the Year, that can be huge for anybody’s career,” Hatfield said. “I’ve thought about it a lot, it’s on my mind all the time; going to Champlain, I’m going to do what I can do and hope it’s enough. I listened to (Josh Butler’s podcast), and he said he hopes all those other guys behind him catch them. I’m the same way, I hope we all catch them, but I hope I catch them a little bit better.”

Finishing 77th at the James put Loberg back in second in the ROY race, and the California rookie now has his sights set on the North. Luckily, catching smallmouth seems to come naturally for everyone from The Golden State, and a summer spent bouncing around the fisheries of the North should have him well prepared for Champlain.

At the James, Loberg rallied hard on Day 2, which let him keep pace in the race.

“I ran the tide both days, and I stayed in the James pretty much,” he said. “I wanted to be away from the crowd, and I was getting so many bites. The quality was just a lot lower. Then every so often, I would catch a good one, but I couldn’t get anything else to go with it. I stuck to my guns with the tide, and I felt comfortable, I just wish I got some bigger bites.”

“I was so bummed about it,” Loberg said. “That was my opportunity to make up ground, not only in Rookie of the Year, but also in the overall points standings. I ran the tide, did what I wanted to do, and I fished clean. I’m going to put it in the bank and go forward, and maybe sometime in the future there’s another James River event.”

After a week of pre-practice on Champlain, Loberg is excited for the future, no matter the Rookie of the Year outcome.

“I feel really comfortable with how the lake sets up,” Loberg said. “It’s kind of my first time fishing for smallmouth, but there’s a lot of grass, and lot of options. I think the thing with Champlain for me is to not get caught running around. It’s such a big lake, you can do really well in a lot of areas. I think you need to stick to a couple areas and hone in.

“I always look back after every tournament; and even before Champlain, if you would have printed my stats out this year and handed them to me last December before the season I would have said ‘no way.’ I’m really stoked with how the year went, and really looking forward to finishing it off. It’s weird, the season’s not even over, and I’m already looking forward to next year.”

Behind the leaders, Blake Hall, Phillip Dutra and Martin Villa are literally 47th, 48th and 49th in points, which has them on the right side of the Tackle Warehouse TITLE cut by a hair (this year the top 49 will qualify). So, come Champlain, they’ll probably be more concerned about locking up a championship berth than gunning for ROY. Back in 2018, Sheldon Collings blew a 73-point Rookie of the Year lead to Matt Becker in the final event, and Villa is currently 74 points behind Hatfield. Still, the field was larger then, and Collings finished a dismal 170th at St. Clair, which will literally be impossible for Loberg or Hatfield at Champlain.

That said, if disaster does strike for the leaders, it’s not too hard to see one of the three chasers put some pressure on. Hall and Dutra could certainly make some noise, but Villa is perhaps the most interesting of the bunch, despite being a long way back. In 2021, Villa notched a seventh-place finish at Champlain in the Toyota Series, and he’s got a real knack for spinning rods and forward-facing sonar.

Still, this looks like it’s going down between Hatfield and Loberg, as even Hall is 44 points behind Loberg.

Top 10 Rookies After the James River