Sign Up to Marshal at the Tackle Warehouse Pro Circuit Finale on the St. Lawrence 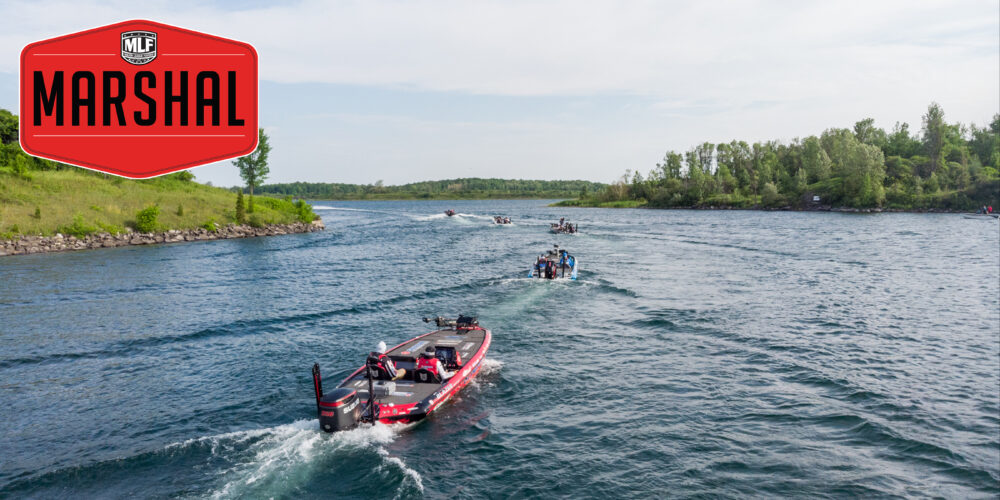 The 2021 Tackle Warehouse Pro Circuit Presented by Bad Boy Mowers season wraps up July 29 – August 1 at the St. Lawrence River and there are still spots available to sign up as an MLF Marshal to learn from the best in the world and see the action up close.

Taking place on the St. Lawrence, the season finale will be a smallmouth slugfest for the ages. Plus, with Lake Ontario off-limits, the long and grueling boat rides that the Great Lakes are famous for should be somewhat limited. Getting to watch smallmouth superstars like Justin Lucas, Scott Dobson, Ron Nelson, Matt Becker and Kurt Mitchell up close could be an invaluable experience for anyone looking to up their game in the north.

As a Marshal, you will be treated to a seminar with Tackle Warehouse Pro Circuit anglers at the first in-person registration of the season, plus you’ll get behind-the-scenes access throughout the event. You will also receive an exclusive MLF Marshal jersey and play a vital role in live coverage of the tournament by verifying your pro’s catch and relaying information to MLF editors. You won’t be fishing, but you’ll be in the middle of the action. It’s a VIP experience like no other, all for only $100.

This is the opportunity of a lifetime for serious anglers, and it’s only available to MLF members and subscribers who are at least 16 years old. As an added bonus, for no additional fee, you’ll be eligible to win as much as $2,500.

Going as Marshal is almost always a learning experience, and it can be a truly great one. This spring on Lake Murray, Tim Morgan and Andre Yee had the times of their lives.

“If you don’t do it, you’re missing out,” Morgan said.

Morgan traveled from his hometown of Dandridge, Tennessee to Marshal during Stop 3 of on Murray. It was his first event as an MLF Marshal, but he says it won’t be his last.

“I will tell you, and this is no lie, I’m 62 years old and that’s one of the top five experiences of my life,” Morgan said.

“I look forward to Saturdays, watching these guys on TV,” said Morgan, “This past weekend, I was able to live what they do, and it was great.”

Yee was also a first-time MLF Marshal at the Pro Circuit event on Murray. He believes that the Marshal program is an affordable alternative to hiring a fishing guide.

“If you go get a guide to go fish somewhere, it’s going to cost you at least $400. And that’s for eight hours,” Yee said.

For Yee, spending two to four full days on the water with a pro and witnessing what goes one behind the scenes at a professional bass tournament is well worth the $100.

Yee spent Days 3 and 4 on the water with Angler of the Year leader Michael Neal and said he enjoyed watching Neal skipping a buzzbait with incredible accuracy. He said observing some of the best bass anglers in the world break down his home lake, and looking at Lake Murray through their eyes, was an educational experience. He wishes he had learned about the MLF Marshal program sooner.