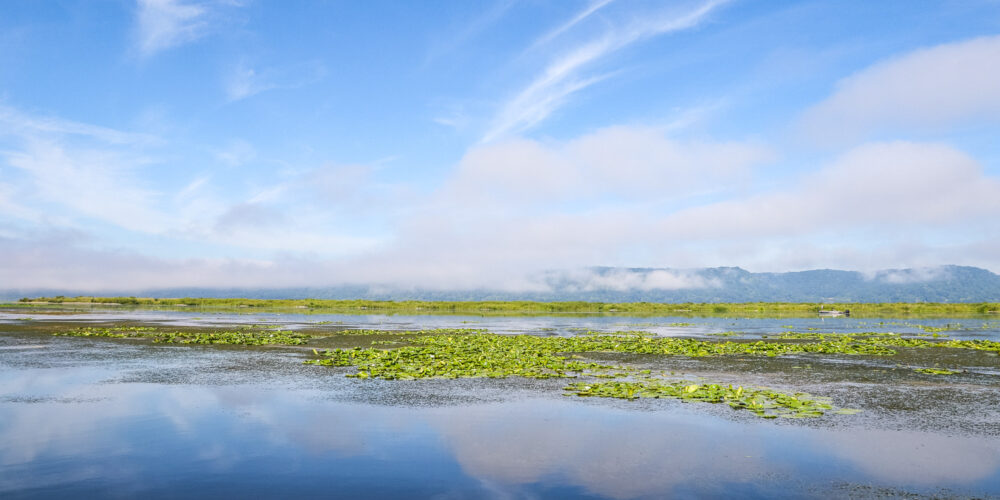 There’s almost no better venue for a championship event than the Mississippi River near La Crosse, Wis., due to the diversity of the fishery and the sheer volume of smallmouth and largemouth that call the river home.

The other thing that makes it a great tournament destination is that the river changes so much from year to year, so we rarely see the same Mighty Miss every time MLF hits the famous waterway, which will certainly be the case for the Tackle Warehouse Pro Circuit TITLE Presented by Mercury taking place next week.

To get a better pulse on playing field for the TITLE, we decided to check in with a few locals to get their thoughts on what to expect from the river this time around.

Pro Circuit pro Tom Monsoor is arguably one of the best anglers to call this stretch of the river home, and though he didn’t qualify for the TITLE this year, he’s more than willing to fill us in on the current status of the river.

“The river changes so much it’s unbelievable,” Monsoor says. “It could change tomorrow. That’s how crazy this place is. Last year, everything was kind of normal in terms of water level, and it has been that way for most of the summer. The water has been real low this year, around 4 feet. It used to be like that a lot and just last week we got pounded with rain – like 4 inches in an hour at one point – and it made the river come up a few feet. Now, it doesn’t sound like a lot, but for how stable it has been, that was a big deal.

“The water was so low that the weeds are up better than they have been, the shad spawn was the best it’s been, and everything was setting up to be phenomenal. Because the water came up, the river is muddy in a lot of places right now. Pool 8 and Pool 9 are mud bowls right now. But the good news is that it looks like the river is going to come down and stabilize again and hopefully it clears up. Stability is key on the river.”

Even with the rising water levels, the river should still be lower than most of the pros have ever seen – whether it’s from their visit in pre-practice a few weeks ago or old events they fished in the past. With that, Monsoor also cautions running old trails the pros may have saved on their graphs.

“The local service guy that takes care of all the bass guys and everybody is having the best year he’s ever had,” Monsoor jokes. “Even with the water coming down now, guys will get stuck. Places they’ve been before they can’t get to now. Channels change every year and, in fact, one of the channels I used to take every day to go out to the main channel is gone. I was out there last week watching these boats run places I never used to be able to run. Well, the channels have changes and there are whole new routes to take that I didn’t even know about from last year to this year.”

Both Largemouth and Smallmouth Should Play

Compared to last year’s Pro Circuit Super Tournament that Monsoor won, the fishing this time around should be substantially better. Most of that’s due to the lower water level having fish grouped up in certain areas better, plus the weeds have grown better than they have in recent memory.

One guy who thinks the river should show out in the TITLE is Phoenix Bass Fishing League Presented by T-H Marine competitor and local river hammer Cade Laufenberg.

“The fishing had been a little better this summer and the best I can figure why is that the largemouth are playing a little better,” says Laufenberg. “I’ve almost been targeting them exclusively all summer and I’m seeing some really quality fish that I didn’t see last year.

“The grass this year grew really, really well, and there’s lots of it out there. Because of it, there’s a lot of clean water. Last year it was really hard to find a good piece of frog water, but this year there’s a lot of good matted duckweed, coontail and milfoil.”

One of the main stars when it comes to baits on the Mississippi River is without a doubt a frog, and for good reason. It’s made a pile of money across Pools 7, 8 and 9. While there will be plenty of fish caught on a frog in this event, Laufenberg says that’s not the only way to catch fish around the grass.

“I think one thing a guy could do some damage with right now is finding some grass that’s not matted,” Laufenberg posits. “Last weekend [in a BFL], I was playing the falling water and looking for clumps of grass on the edges of a slop-type area and I was fishing a swim jig and a Strike King Rage Cut-R Worm. A lot of it was stuff I could visually see, like one stick of coontail, and you’d cast at it and bam.

“This is also the time of year that the main channel starts to get more productive. Flipping wood could be a big player. What a lot of guys don’t realize is that these fish are starting their fall migration by this time. When the fish start changing to shad as their primary forage – like they are now – that seems to be the triggering mechanism to get the whole system to think fall is coming. Those fish start getting on the main channel and slowly working their way to where they’ll winter, which will take a few months, but they use those trees near the main river as stopping points.”

The largemouth usually steal the spotlight on the Mighty Miss, but the smallmouth shouldn’t be counted out. Wing dams and sand drops can start to hold big schools of smallmouth this time of year, and with 3-pounders being gold on the river, the brown fish at times can give you a better average weight, which some anglers may take into consideration at this event.

“The topwater bite this year has actually been better than most years already up to this point,” Laufenberg adds. “We actually had a fairly mild winter and didn’t get the shad kill we normally do, so because of that I was seeing big shad – 5- to 6-inch shad – that survived the winter. I think that’s why we’ve been seeing some good smallmouths getting weighed in recent events.

“They still aren’t totally reliable, but if we get some cooler nights like we’re supposed to, then you can start to rely on certain places to hold smallmouth more consistently. I could totally see someone getting on some good bags of smallmouth for a few days, but I would caution trying to bank your whole tournament on them. You better have some largemouth found, too.”

Pick a Pool and Get to Work

With three pools to fish in this event, any one of them could produce a TITLE champ. Monsoor has won events from all three of them and both he and Laufenberg recommend picking a pool or two, picking a pattern that’s your strength and dialing it in as the best approach to breaking down the massive river.

“Whatever your strength is, that’s what you want to do here,” Monsoor explains. “This event is going to be unbelievable. All the different types of cover, all three pools and the river is going to change every day – these guys are going to get tested like they’ve never been tested.”