Wrapping up Practice for the TITLE 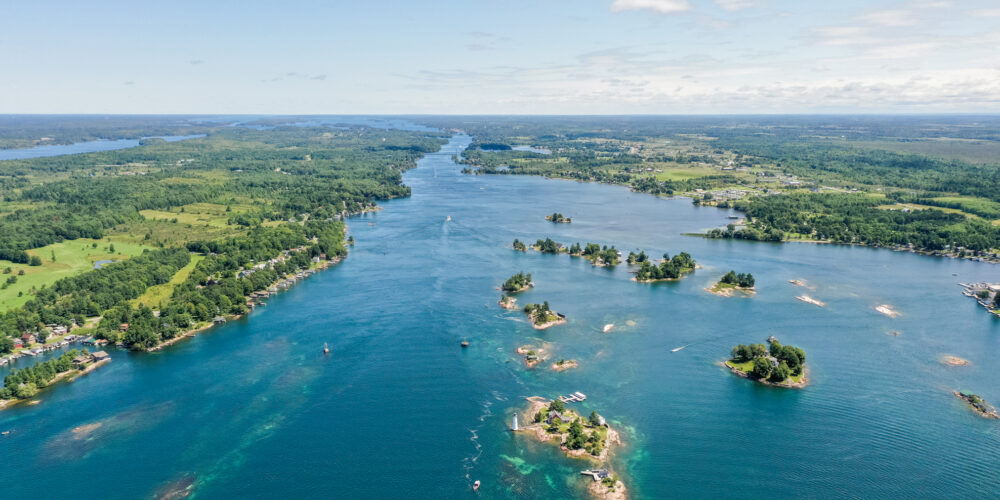 MASSENA, N.Y. – Having the Tackle Warehouse TITLE Presented by Mercury at a prime northern fishery in the summer is turning into a tradition for the  Tackle Warehouse Pro Circuit Presented by Fuel Me. This year, the pros head to the St. Lawrence for the championship event, and after two days of practice, they’re ready for the certainty of a tournament day. Two days of practice over a playing field that’s about 100 miles long with good water from 4 feet deep to 60 feet deep means that a lot went untouched, which probably bodes well for the competition, but it certainly has the anglers guessing on their off day.

Everyone’s favorite dentist from Mississippi, Mitch Crane opted to stick mid-river in practice, instead of making the long run upriver to the southwest to get closer to Lake Ontario.

“I told myself I ain’t running to Clayton, so you’ve got to take all of this knowing I’m not going to Clayton,” said Crane. “I caught pretty good weight yesterday, I caught 22-something, catching them drifting in 30- or 40-foot of water.”

Up shallow, he’s caught big ones both days.

“These fish will fool you on how big they are shallow, for sure,” said Crane. “I saw what I thought was a 2 ½-pounder and I flipped over to her and it was a 4 ¼-pounder. I found a bunch of them shallow, but I cannot make them eat. Hair jig, spybait, nothin’, they just will not bite.

“I eased up shallow again today, for about an hour, and I saw a 3 ½, and some 4-somethings, and I fooled around and caught a 6-pounder. I didn’t know it was that big, or I wouldn’t have caught it. I misjudged them again, I thought it was a 4-pounder and two 2-pounders, and I flipped over and the big one ate it.”

Still, Crane characterized the bite as “a struggle” and thinks he had only about 18 pounds with the 6-pounder on the second day of practice.

“I’m just glad this tournament is not for points, because it could go either way for me,” said Crane. “It’s bad when you catch a 6-pounder, and you probably only have 18 pounds. I promise you, I’ll give it 100 percent effort. One thing I think is key, that these boys going to Clayton will miss, is I think these fish bite pretty good first thing in the morning.”

Despite rumors of great fishing to the west, Crane isn’t too worried about where his practice has taken him. But, he’s not opposed to making the final day and then going for broke with a long run.

“The word is that Clayton is unreal, but those guys are spending all day up there,” outlined Crane. “If I spent all day in Clayton, I’d probably catch 22 to 25, but in reality, you’re only going to get about 3 hours. If it’s good enough, you don’t need all day, but I know how my mind works – that whole 90-mile run, I’d be worried about if they don’t bite, or if I’m doing the wrong thing.”

One issue with two days of practice and a big fishery is that mechanical issues can have an outsized effect on an angler’s fortune. A broken trolling motor on the second morning ended up putting Kyle Cortiana out for half a day, which left him unable to expand much.

“I don’t think my practice has been very indicative of what this tournament will be,” said Cortiana. “[Saturday], I went and fished from Alexandria Bay all the way to Ontario, and I fished all day and caught tons of really small fish. I had right at 20 pounds, with a 5 ½-pounder, but I fished all day and only caught eight fish over 2 ½ pounds.”

Then, his best fish came shallow.

“The 5-pounder and a 4-pounder came almost back-to-back on a jerkbait, and I took it away from a few more,” said Cortiana. “So, if I’d caught them all, I probably would have had a good bag. But, it’s one of those shallow flat deals, so they may be here today, gone tomorrow. That’s a tough one to chew on, because it’s 100 miles to where that is.”

On his second day of practice, Cortiana found one shallow school between Massena and Ogdensburg, but not a lot else. Then, because of a shortened day, he wasn’t able to head back upriver for more time in the Clayton or Cape Vincent area. From the sound of it, he’ll be buckling up for the long run regardless on Day 1.

Coming to the TITLE fresh off of a Top 10 in the Toyota Series event on Champlain, Ron Nelson is one of the clear tournament favorites and maybe the best bet when it comes to the shallow bite. Still, he’s not sure shallow is going to be the way to win.

“The river has been interesting, to say the least,” said the Michigan pro. “I think it’s going to get won deep. I’m catching them deep, but not like I want to. The hard part for me shallow, is those fish have been beaten on hard. It seems like they’re broken up.

“I’ve got one section shallow that I feel like the fish are coming to feed,” he said. “They’re grouped up and I can go in and catch them. But for the most part, the other shallow fish I’ve got, they’re really kind of random. I caught 25 pounds today up shallow because you could see them a mile away. And, I found one stretch where they came to me, I caught one and a wad of them came swimming along.”

Still, despite his success shallow and lack of success deep, Nelson thinks that someone else will have the deep fish on lock. That’ll leave him making a long run for difficult fish.