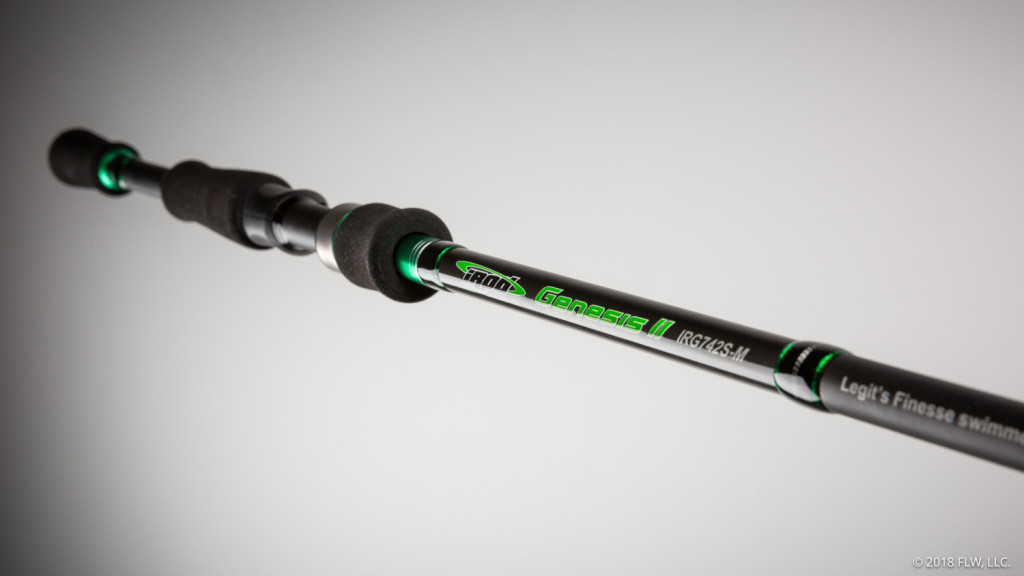 Built to FLW Tour pro Aaron Britt’s specifications, the iRod Genesis II Legit’s Finesse Swimmer rod is a mid-priced spinning rod that’s specifically designed for tossing small swimbaits on light heads. If you’ve ever seen Britt on the water in an FLW Tour event, there’s a pretty good chance he’s got a spinning stick with a swimbait in his hands. With that in mind, the odds are good that he’ll be rolling with at least a couple of these rods on deck almost all the time. 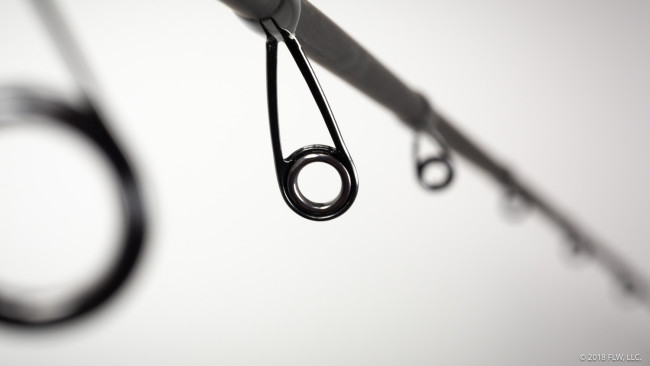 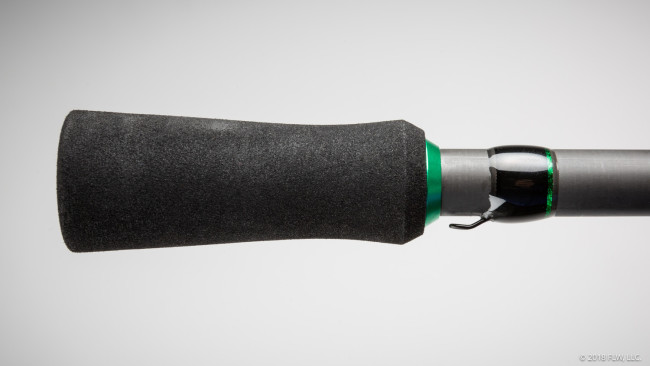 I have used and liked iRod Genesis II rods in the past, but all my experience is on the baitcasting side of things. The spinning rod has a similar style and build, with bold green and black trim and no epoxy on most of the blank. iRod has had trouble with hook keepers in the past, but this one seems resoundingly fine. It’s a simple backward loop of wire down low, near the butt portion of the split grip.

The rod itself is 7 feet, 4 inches long, and it’s a medium-power, extra-fast-action stick. Of my spinning rods, it’s on the stouter side. That’s not a bad thing, but I think it bumps the rod out of the Ned rig range and firmly toward swimbaits, Senkos and the like.

Because Britt usually fishes small swimbaits on braid with a fluorocarbon leader, the guides near the tip are one size bigger than usual to better accommodate the leader-to-line knot. I never noticed it before I knew about it, but I like the idea a lot, and it certainly hasn’t caused any problems.

My only point of concern with the design of the rod is the foregrip. It’s big, with a lot of foam, almost exactly like the foregrips on the Genesis II baitcasting models. I’ve never once worried about it on a baitcaster, but a lot of my favorite spinning rods have little to no foregrip, and this is a departure from that. There is a ton of access to the blank at the reel, so you can get direct contact to it easily, but if you like to keep a finger on the blank above the reel it’s not super natural. Overall, I like how the rod looks, but I’d personally go to a smaller foregrip given the chance. 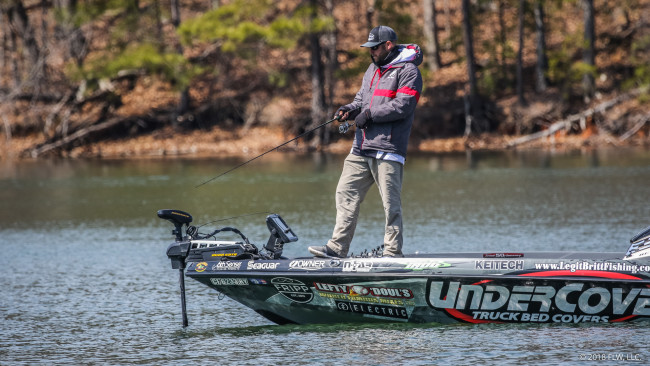 Most spinning rods have a pretty broad range of applications once you stick some light braid with a leader on them, but I went straight for a swimbait with this one. I figured if I was going to test it I should do it right from the start. I started with small stuff, like 3.3- and 2.8-inch Keitech Swing Impact FAT swimbaits on 1/8- to 1/4-ounce heads, and I’ve had no regrets. At 7-4, the rod is a bit longer than the average spinning rod, and that helps on the cast. I rarely find myself target fishing with a small swimbait, so just being able to chuck it is paramount.

As far as feeling rocks, bass and the like, I’ve got no complaints there either. I will say that the 2.8-inch Keitech on a 1/8-ounce head is probably the smallest bait you want to throw on it. Not that the rod handles it poorly, but you can tell the rod loads and fires better with just a bit more weight. Britt designed it for a 3.3-inch bait on a 1/4-ounce head, and it certainly fits the bill for that. 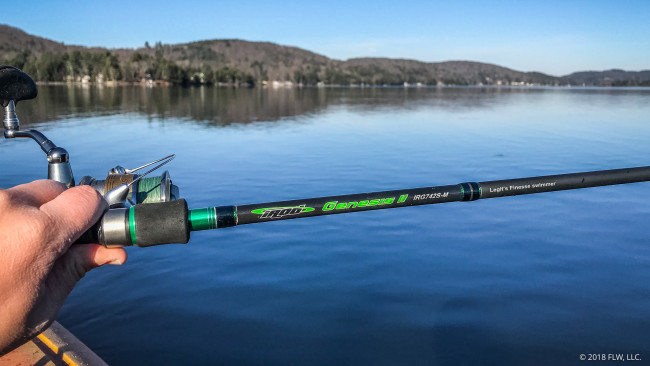 I don’t know for sure, but I feel like most folks own one or two spinning rods and not a whole suite, so it’s important to be able to apply one in a variety of ways. That being the case, I think this rod can do a lot of things well. It’s perhaps not a killer Ned rig rod, but I’ve caught a pile of bass (and a few big sheepshead) on it with a finesse jig. Additionally, I really think I’m going to love it with a drop-shot on the ledges and up north in the summer. My typical workhorse drop-shot rod is 7-6, and from the feel, I know the Legit’s Finesse Swimmer is going to perform similarly. 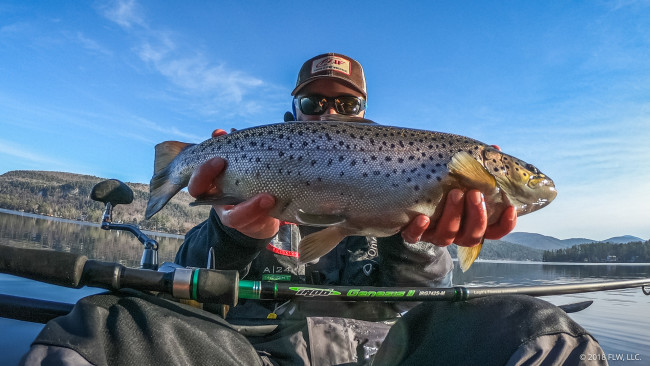 I came into this rod as a fan of the iRod Genesis II series, and I’m still a fan. I actually haven’t caught a big bass on this rod yet, but I’ve bowed it up on a big brown trout and some slammer sheepshead, and it’s been great. As far as swimming things goes, I can guarantee it’s going to get a lot of work going forward. Swimming a little Keitech around is one of my very favorite things to do.

This probably shouldn’t be your only spinning rod, but if you’re looking for something a little stouter than the rest of your rods, I think you should look hard at Legit’s Finesse Swimmer. Ringing in at $149.99, it’s priced well, and I doubt you’ll be disappointed.