Preview: None Complain About Champlain 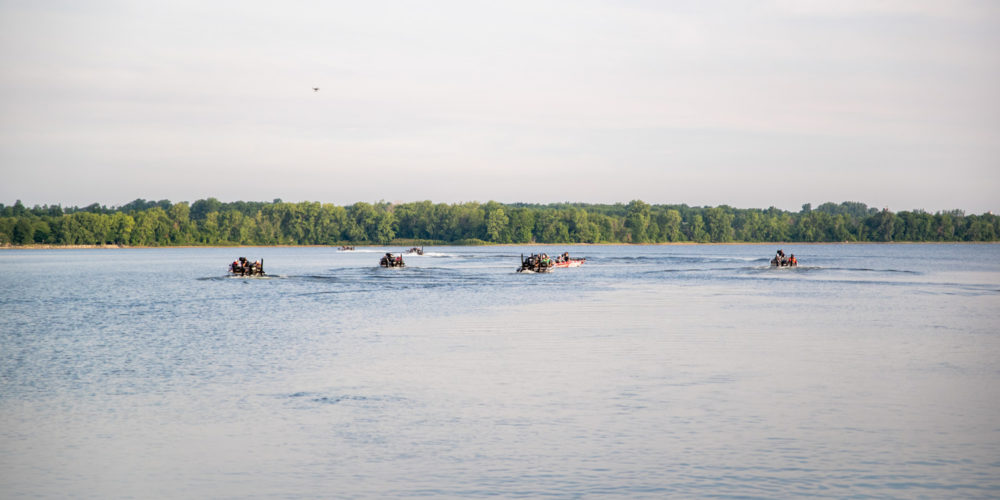 COLCHESTER, Vt. – Lake Champlain – for many, it’s considered the Disney World of bass fishing. Professional bass anglers often list it as their favorite lake on the planet. So when Major League Fishing named Colchester, as the host city for the 2019 Challenge Select during the week of July 16-21, all the Select pros knew Lake Champlain would be the primary venue, leaving them very little to complain about.

Sure, the MLF competitors would prefer to fish somewhere that the whole field has never fished before. But if you can’t have that, you might as well go to a crowd favorite that everyone has fished multiple times before, making the playing field fairly even when it comes to previous experience. Plus, any excuse to fish Champlain’s prolific waters is a good one.

To make the Challenge Select even sweeter, the Elimination Round’s first three days will be contested on Champlain’s northeastern quadrant on the Vermont side. The massive 30,500-acre zone will start at the Canadian line and include Missisquoi Bay, the Alburgh Passage all the way down to South Alburgh (Hwy. 2 bridge) and the Inland Sea down to the south tip of Butler’s Island.

The official boat ramp for the Elimination Rounds are the Larry Greene ramp in West Swanton, a familiar sight to many pros who have fished Champlain before. As the first day’s group of eight anglers pulls into the ramp, a majority of them are pretty happy with where they find themselves.

“This is not only one of my favorite lakes in the country, this is my favorite place to put in on this lake,” said Select pro Russ Lane as he exited the truck. “I’ve put in here many times. I like this portion of Champlain.”

After looking at his zone map, Lane was floored by its size.

“This has got to be one of the biggest zones I’ve ever fished in MLF,” he said. “Look how far we can go down in the Inland Sea. That’s a lot of smallmouth water right there. Hey, I got no complaints at all about what I’m seeing here. I’m ready to go fishing.”

“Of all the places they could have picked, this zone is the most diverse zone in terms of habitat and species mix,” Palaniuk said. “They could have stuck us somewhere that is far more smallmouth oriented or much more largemouth oriented, sort of forcing a certain species on us. But there is a great mix up here. You can fish for whichever species you prefer.”

Palaniuk said he was leaning towards smallmouth to start due to their potential for posting numbers of fish fast. But with largemouth water so close, he wasn’t exactly writing that option off either.

“There is so much in this zone to fish and that’s what’s going to make it so fun,” he added.

Among the MLF Select regulars prepping tackle before the launch, a new face in the crowd became apparent.

“Hey, who is that guy?” joked Jordan Lee, pointing to his brother Matt, who was getting ready to embark on his first day of MLF competition. “I just can’t seem to get away from him!”

“Hey I just want to come play with the cool kids,” Matt responded. “This is where the cool kids are and I want to be a part of it. And if I’m going to test the MLF waters, this is as good of a place as any. Champlain is my favorite lake in the country. I’ve been here a bunch and know my way around pretty well.”

“I even know where some of Jordan’s good spots are so I might have to go sample some of those this morning,” he jibed back at his brother.

Of the day one anglers, Zack Birge might be the angler with the least experience on Champlain.

“I’ve only been here once before and I didn’t fish up this way, so this is all new to me, which is fine,” Birge said. “I’m sure some of these guys who have fished in this area before have some places they can start on, but these are northern fish and they bite pretty well; they tell you whether you need to keep moving or not. So feeling my way around up here won’t be as challenging as it would be on a more pressured lake down south. If I’m going to have to fish new water, I’d rather it be here on Champlain as anywhere else.”