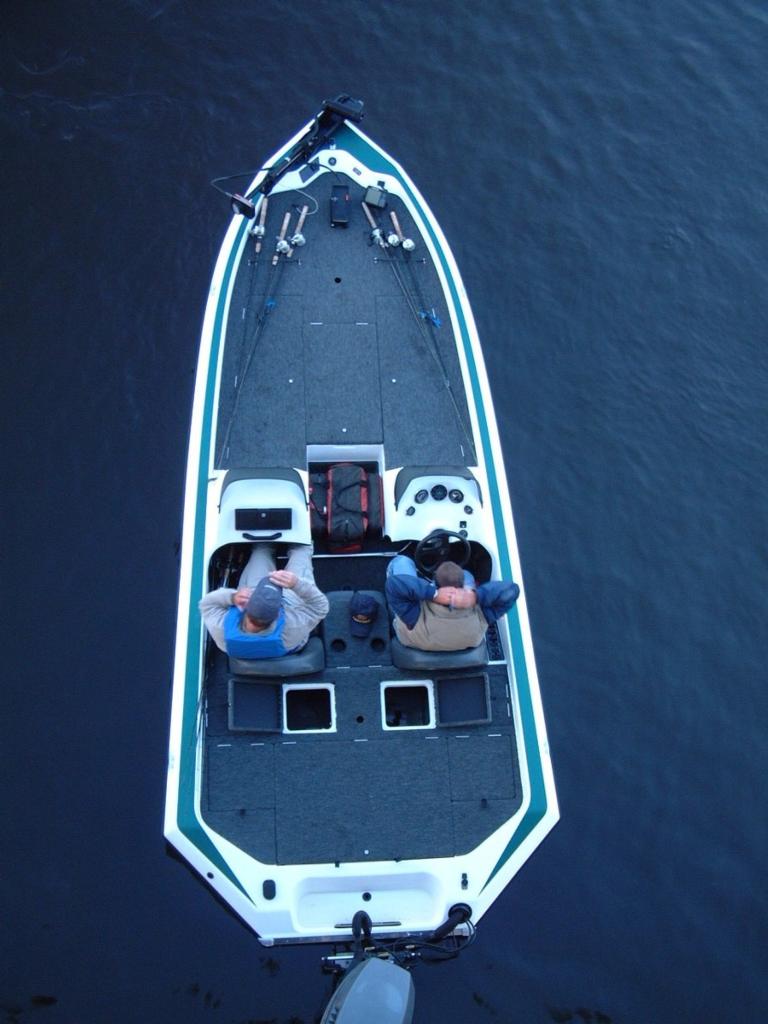 Competitors adjust their headgear as they prepare to take off at top speed onto the Mississippi River for the final round of the inaugural EverStart Series Northen Division tournament. Photo by Jeff Schroeder.
June 16, 2001 • Jeff Schroeder • Toyota Series

LA CROSSE, Wis. – Today is the final round of the first-ever EverStart Series Northern Division $185,000 tournament. The field has shrunk to just 10 pros and co-anglers in each division, but the pressure today is bigger than ever.

At least the weather has finally decided to lighten up.

The huge storm system that moved through southeastern Minnesota and west central Wisconsin during the first three days of competition has passed. While some residual clouds and a slight chance of rain are in the forecast for Saturday, bluebird skies and a red sunrise greeted anglers as they made their runs onto the Mississippi River this morning.

Competition will be tight among the pros today. In yesterday’s semifinals, the difference between the first-place and 10th-place qualifying weights was a mere 2 pounds. Pros estimated today’s winning weight would be around 12 pounds. Because of the “no-culling” rule in effect for this tournament, yesterday’s top pro qualifier, Tom Monsoor of La Crosse, said he would not keep any bass weighing “under a solid 2 pounds.”

Today is the fourth and final day of EverStart competition on the Mississippi River. All competitors restarted the day with zero weight and are competing in a one-day shootout to determine the winner. The winning pro will receive $15,000 and a Ranger boat plus a $1,000 bonus from Garmin if he or she was using a fixed-mount Garmin sonar product. The winning co-angler will collect $6,000 cash.

The final weigh-in begins at 4 p.m. at the Wal-Mart Supercenter located at 1210 Crossing Meadows Drive in Onalaska, Wis.