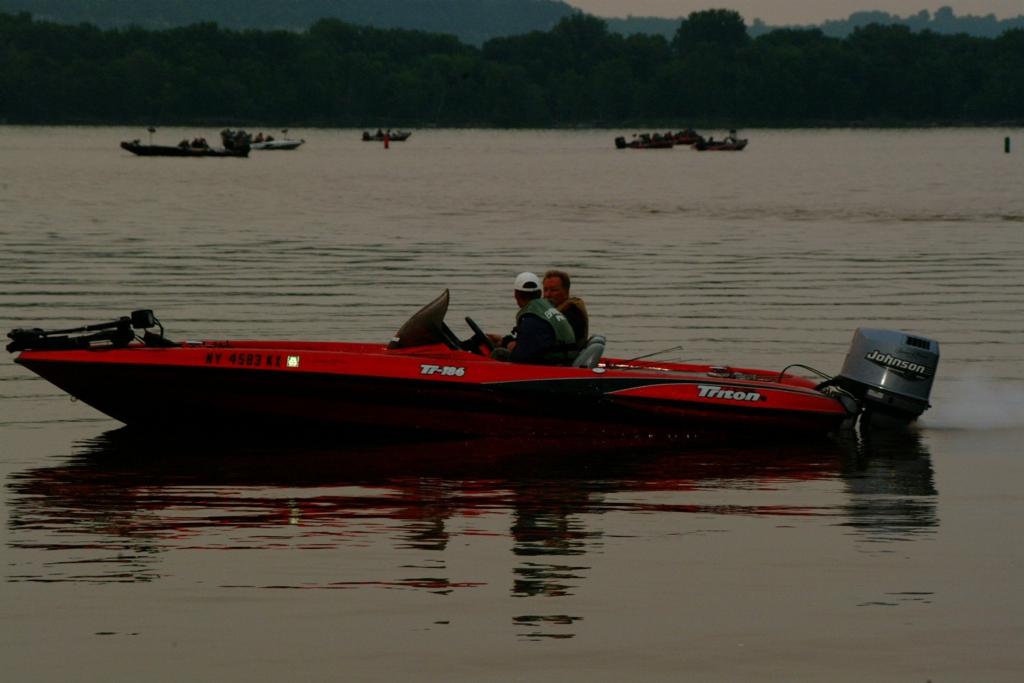 EverStart Northern Division anglers battle it out for place in top 20, attempt to stave off elimination

RED WING, Minn. – There was good news and bad news for the 330 anglers who departed Treasure Island Resort Marina shortly after this morning’s 6 a.m. takeoff. The good news was that, as a result of lower-than-expected stringer weights during yesterday’s competition, the majority of the field still has a realistic shot at qualifying for tomorrow’s semifinals. The bad news, however, is that by the end of today’s weigh-in, 290 anglers will be heading home with their dreams of a tournament title on the Mississippi River dashed – eliminated as a result of the tournament’s top-20 cut-down rule.

Currently, Howie Lee of Brooklyn Park, Minn., leads all anglers in the Pro Division with an 11-pound, 6-ounce catch in yesterday’s competition. Meanwhile, Randy Ramsey of Riverside, Ill., tops the co-angler leaderboard with a 10-pound catch. Pros will most likely need a two-day total of 16 pounds in order to make today’s top-20 cut, while co-anglers will probably have to record a two-day total of 8 pounds to qualify for the semifinals.

Today’s weather forecast calls for overcast skies throughout the day as well as a continuation of the balmy and humid conditions that have been a constant companion to the anglers throughout the tournament.