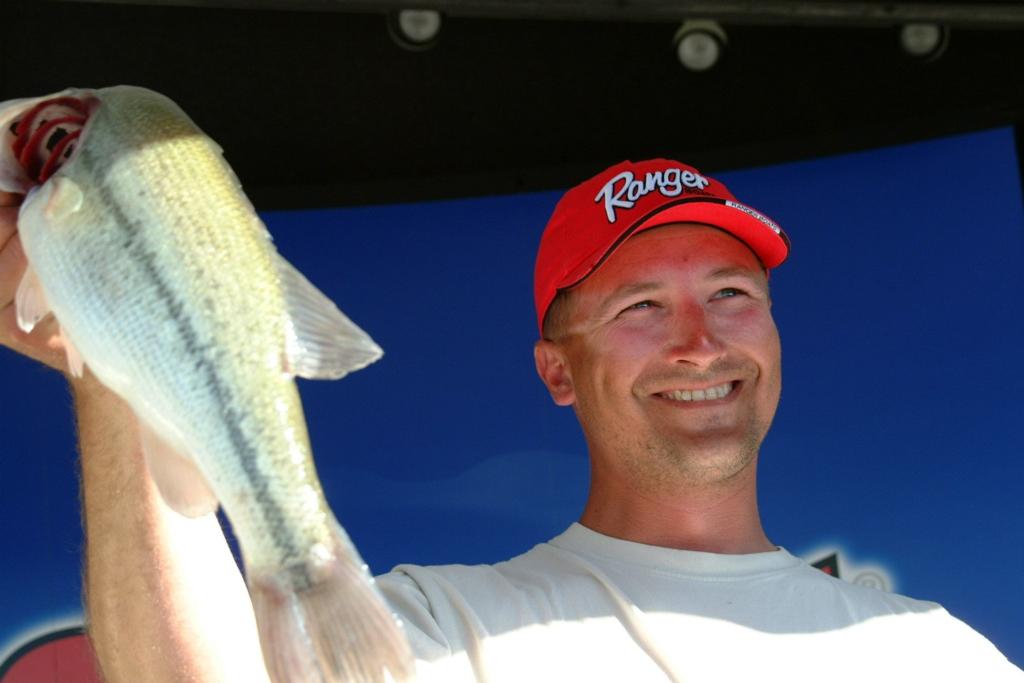 HENDERSON, Nev. – Other than the fish, Sean Minderman had a pretty good idea that his biggest battle on the water today would be defeating 28-year professional fishing veteran Mike Folkestad – the wily second-place semifinal qualifier who also dominated the first two days of competition. As it turned out, Minderman was right on the mark. When the native of Post Falls, Idaho, finally walked onstage, Folkestad remained the only barrier to Minderman’s dreams of winning the tournament title on Lake Mead.

But in the end, despite much trepidation, it was Minderman who came out on top – securing a first-place prize of $48,900 in cash and prizes, including a brand new, fully equipped Ranger 519VS Comanche boat.

“It’s a great feeling. I really didn’t think I had enough fish to beat Mike,” said Minderman, shortly after victory. “I caught a fish in the last 10 minutes and although it was small, I thought it could be the difference if Mike had a tough day. As it turns out, I probably didn’t need it. I’m ecstatic. I’m numb right now.” 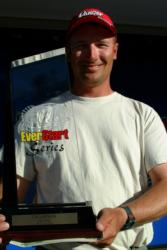 Minderman caught all of today’s 8-pound, 3-ounce stringer fishing a Clearwater tube bait in about 5 to 8 feet of water. Luckily, it was water that Minderman had more than enough experience fishing over the years.

“I knew it would be tough to beat Mike, but I really have confidence I can catch fish on this lake,” he said. “And that’s the key when the fishing gets tough. You really have to have some confidence.”

After placing 35th at the first Western Division tournament of the year last month at Lake Pleasant, Minderman was pleased that he was able to demonstrate to himself and others that he has what it takes to compete at some of the highest levels.

“This is the best win of my career,” he said. “I get a nice check and this win will give me a nice jump in the standings. It’s always great when you get to fish on that last day. It’s really special.”

Despite putting on a fishing clinic for the first few days of competition, Mike Folkestad of Yorba Linda, Calif., couldn’t quite close the deal when it mattered most. And like all great fishing veterans, Folkestad knew exactly when, where and how he lost the title. 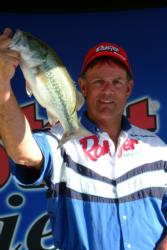 (Photo by Gary Mortenson)” BORDER=”1″ ALIGN=”left”>“At about 9 a.m. this morning, I broke off a 3-pounder,” said Folkestad, who ultimately recorded a catch of 6 pounds, 4 ounces to grab second place overall as well as check for $6,800. “I thought to myself right then, `Man, I know this is going to cost me.'”

Although the final result was frustrating, Folkestad said that, on the whole, he had a great experience this week.

“Losing is a little disheartening, but overall I had a really good tournament,” he said. “You’re always a little bit disappointed when you don’t win. But I’ve been around long enough to know that to win these things, everything pretty much has to go exactly right.”

As usual, Folkestad landed the majority of his catch fishing deep points with a Folkestad Special Robo worm. 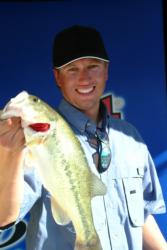 Brent Ehrler of Redlands, Calif., finished the tournament in third place after landing a total catch of 5 pounds, 15 ounces. However, like Folkestad, Ehrler had a few regrets.

“If I had a little bit more time and made some better decision today, I could have come back with a limit,” said Ehrler. “But I had a good time.”

In addition to qualifying for the top-10 for the second consecutive tournament in the Western Division, Ehrler took home a nice check for $6,100.

“My week was great,” said Berry, who now boasts a somewhat amazing second- and fourth-place finish in the two Western Divisions tournaments fished this year. “Anytime you can finish in the top 10, it’s awesome.” 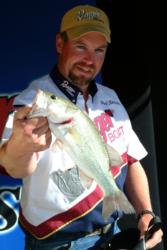