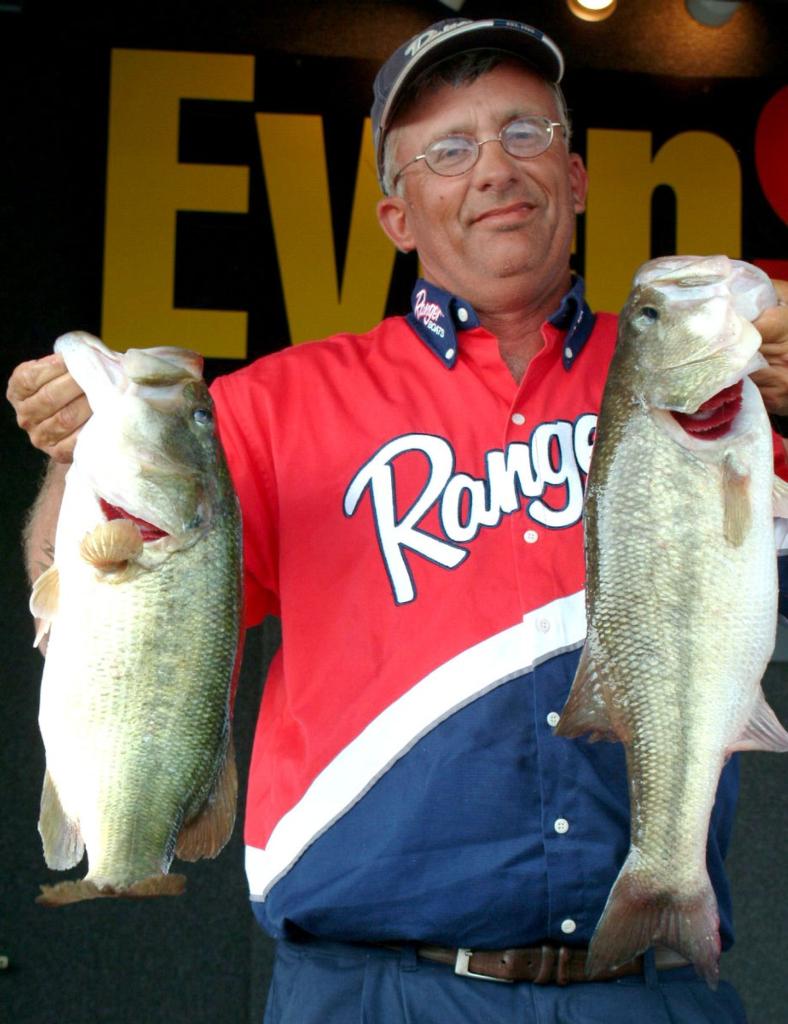 GUNTERSVILLE, Ala. – It was business as usual at the EverStart Series day-three weigh-in on Guntersville Lake Friday until Edward Gettys of Stevenson, Ala., blew open a sizable lead with a five-fish limit weighing 24 pounds, 9 ounces.

Yesterday during Eastern Division event, the well-known local said he had saved a couple places for the finals. He went to those places today and the game was on.

“Two things happened today,” Gettys said. “They bit good and I got them all in the boat. Everything went just right, and that makes for a good day of fishing.”

Gettys is fishing shallow in the morning and then moving deep in the afternoon.

“I feel good about tomorrow but you never know with fishing,” he said. “Four pounds sounds like a good lead, but it’s really nothing on this lake. There is no room for error because any of these guys are subject to pull up on a spot and catch 20 pounds.”

Bennett is fishing grass in 6 to 10 feet of water.

“I have one spot that has some big fish on it; there’s just not many of them there,” he said. “I caught my three best fish off it yesterday, and I caught my three biggest off it pretty quick today. But then I fished it a while without another bite.

“I have fished the spot late the last two days,” he added. “I’m going to go to it first thing tomorrow to see if the bite is better earlier.”

Bobby Lane of Lakeland, Fla., is in third place with 18 pounds, 1 ounce.

Lane has been throwing a Senko all week to catch his fish. He is catching both postspawn and spawning fish.

“I’m fishing out on the river channel and it’s replenishing every day,” Lane said. “And two of my better fish came off the bed today. The boat drifted up over this one area, and I saw a couple of beds, pitched a Senko in there and they bit immediately.”

Fisher has three patterns working: a top-water pattern, a Carolina rig on deep structure and a flipping bite.

“The Carolina rig out deep has been producing my better fish, but it’s still early and not a lot of them have moved out there,” Fisher said. “I discovered a flipping bite today in matted vegetation – I can catch a lot of fish doing it, but they’re not really big ones.”

“I’m going to need two 6-pounders in my string tomorrow to even have a shot at Gettys, so I’m going to the Carolina rigging places first,” he added.

Mark Lamb of West Palm Beach, Fla., moved up to his highest position in the tournament today with 16 pounds, 1 ounce. That puts Lamb in fifth place going into tomorrow.

Greg Coots of Fyffe, Ala., caught one of the biggest strings of the day from the back of the boat and he now leads the Co-angler Division with 19 pounds, 5 ounces.

Coots is a local on Guntersville, and he knows what to throw and when to throw it.

“Today I kept an eye out for fish busting minnows on the surface,” Coots said. “Every now and then they would blow up, and I’d throw in there and catch a good one.”

Coots is now paired with local favorite Edward Gettys, but says the pairing is a double-edged sword.

“Gettys is one of the best on this lake; I fish against him all the time in local events,” he said. “Being paired with him is both good and bad: He knows some great spots, but he doesn’t miss much either, so there might not be a whole lot left behind him to catch.”

Joe Hawkins of Stafford, Va., is in third place with 13 pounds, 12 ounces.

The final-day action for the top 10 pros and 10 co-anglers starts tomorrow at 6 a.m. Central at Lake Guntersville State Park.