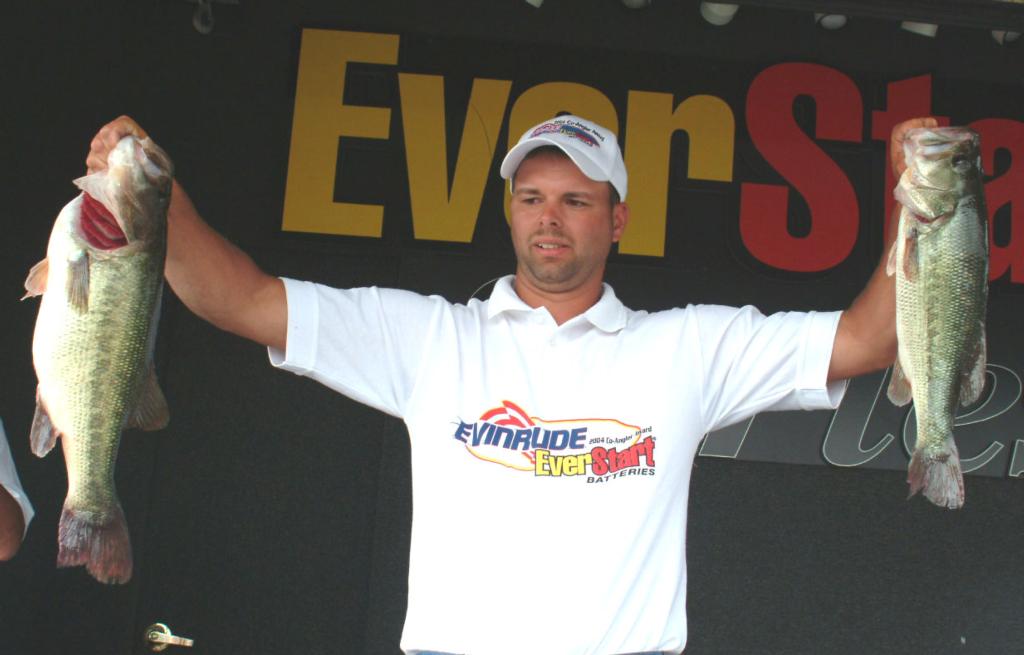 Since Greg Coots is a registered owner of a Ranger Boat, he took home a Ranger 519VS in addition to the $5,000 cash prize for his tremendous win.

The Fyffe, Ala., co-angler cast a 3/8-ounce Strike King jig behind his partners the last two days to amass his winning weight of 38 pounds.

“I had some great partners this week and they were fishing deep where I could drag that jig around behind the boat,” he said. “That’s my style of fishing and it suited me perfect.”

Michi Oba of Tokyo, Japan, only caught one bass today, but it was a whopper: a 7-pound, 14-ounce bass that held him in second place with a two-day total of 23 pounds, 11 ounces.

“That’s the biggest fish of my life,” exclaimed Oba on stage. “I caught him Carolina-rigging a Zoom Brush Hog.”

Blaine Shelton of Moulton, Ala., finished fifth with a two-day total of 18 pounds, 9 ounces.

In the Co-angler Division of the EverStart Series Eastern Division, special recognition goes out to Ed Clark of Wayne, W. Va., who won the points title with 686 points.