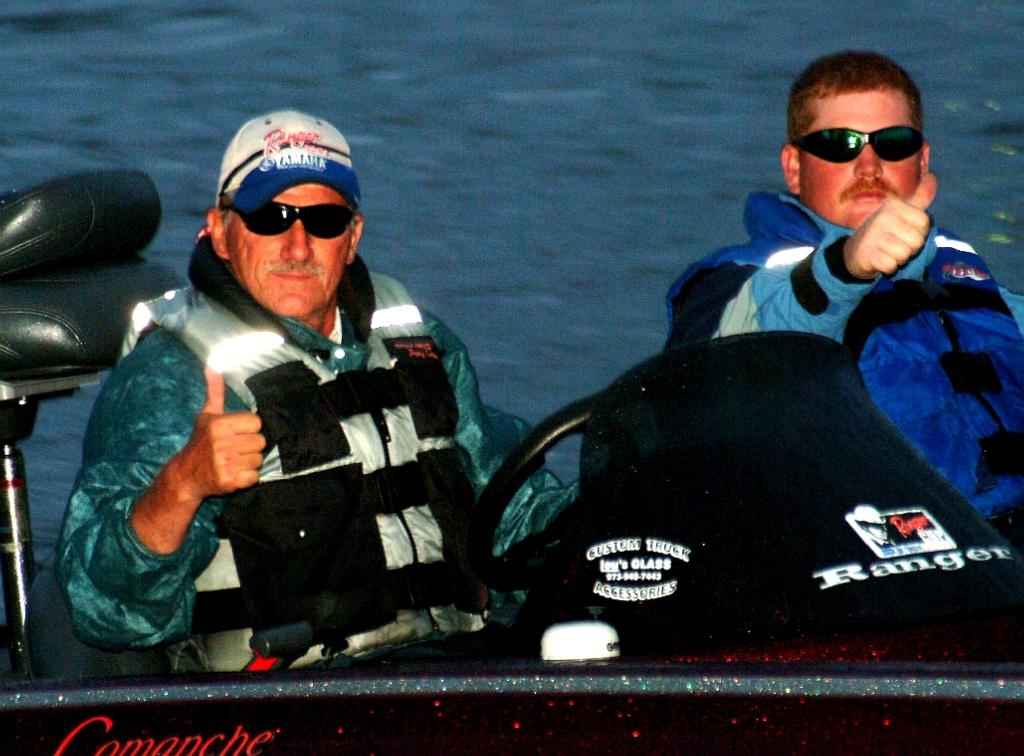 PLATTSBURGH, N.Y. – In the EverStart Series Northeast Division, it’s only fitting that the final day of competition for the year should come down to a 10-angler shootout with lots of limits.

The four lakes on this circuit in its inaugural season – Kerr Lake, Lake Erie, the Potomac River and Lake Champlain – are each distinctly unique waterways, but the one thing they have in common is they’re all world-class bass fisheries in their own right. In short, Northeast Division anglers have caught a whole lot of fish this season.

So it seems appropriate, then, that the 10 pros who took off onto Lake Champlain Saturday morning for the second half of the final round in the last event of the year were locked up in a tight contest where only an exceptional limit of fish will decide it. Larry Allard of Ware, Mass., caught the day’s only limit over 20 pounds yesterday, but his lead is in no way a comfortable one. All 10 pros caught limits Friday, and they’re all within just over 8 pounds of Allard. The top six pros are within one good Champlain smallmouth – about 4 1/2 pounds – of the leader.

Saturday’s weather conditions look quite similar to Friday’s with clouds, light rain and calm water. So all of those smallmouth limits caught by anglers yesterday should be repeated today.

However, one difference might be the emergence of a largemouth limit or two. It became apparent Thursday that a number of anglers had saved their big largemouths until day two in order to make the cut. Look for some of the same strategy on day four. Historically, Champlain tournaments have been won with big largemouth bass on day four, and Allard, for one, openly expressed his desire to go after green fish today.

The co-anglers are led by Chad Hicks of Rockville, Va., who had 15 pounds, 15 ounces, but he has company at the top in Rex Magargle of Turbotville, Pa., who has 15-13.

Friday’s weights carry over to Saturday, and each division’s winner will be determined by two-day combined weight. Saturday’s final weigh-in will be held at 4 p.m. Eastern time at the Wal-Mart store located at 25 Consumer Square in Plattsburgh.

The winning pro earns an Evinrude- or Yamaha-powered Ranger 519VX equipped with Garmin electronics, a Minn Kota trolling motor and EverStart batteries plus just under $10,000 cash. If the winner is the original owner of a Ranger boat that is used during the tournament, the winner also receives a $10,000 bonus from Ranger for a top pro award of $60,000. If the winning pro is a Ranger Cup participant, Ranger will award another $3,000 cash (or $1,500 to the highest-finishing Ranger Cup participant if not the winner), and Yamaha will match 50 percent of Ranger Cup winnings if the angler’s boat is powered by a Yamaha outboard. Garmin will award the winning pro $1,000 if he uses only Garmin electronics and at least one unit is a qualifying unit, thus boosting potential winnings for the top pro to $65,500.

The winning co-angler receives just under $5,000 cash, and if the winner is a Ranger boat owner, Ranger will award a new Ranger 519VX for a total prize package worth $35,000.