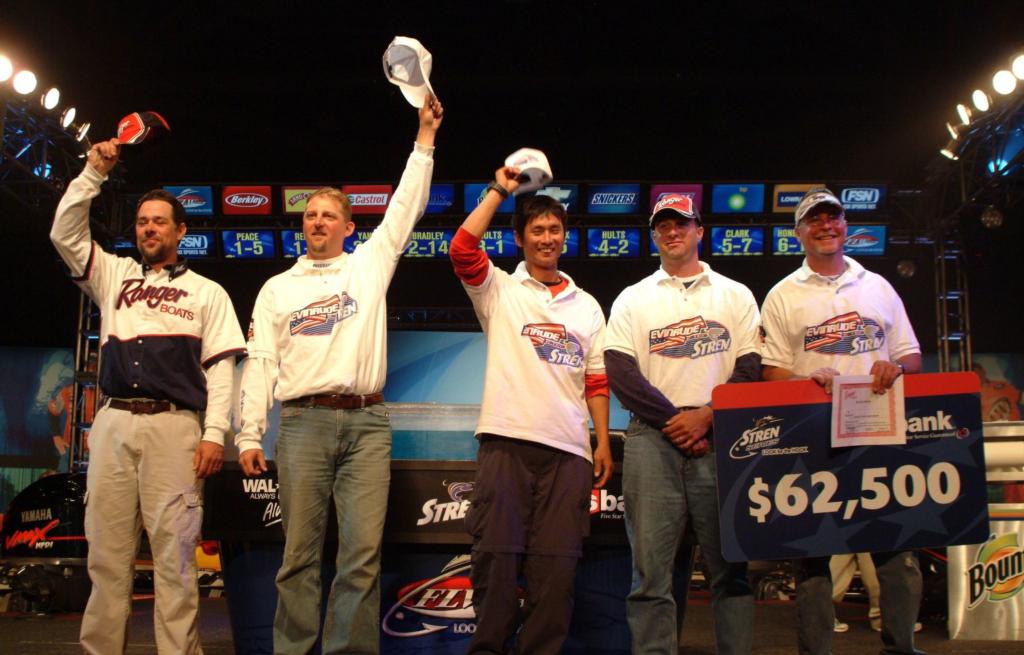 Lane not done with FLW? … It was assumed by all that when Bobby Lane announced he would fish the Bassmaster Elite Series in 2008 that he was done competing in FLW Outdoors tournaments. There’s just one problem – Lane continues to catch bass and, in turn, keeps qualifying for more year-end championships. Lane qualified for the Stren Series Championship through the Northern Division, and the only other pro in the top 10 from the Northern Division is Nick Gainey. That means if Lane defeats Gainey, a real possibility after Lane caught 6-12 on day three and Gainey 7-5, he will qualify for the 2008 Forrest Wood Cup without having to fish the 2008 FLW Tour. Incidentally, Lane also qualified for the Bassmaster Classic through the Triple A-level Bassmaster Opens a few weeks ago. That means the Spiderwire pro has qualified for the two most lucrative tournaments in professional bass fishing without competing against tour-level competition.

All in the family … Brothers Alan and Chris Hults both fished the Stren Series Southeast Division in 2007. Both anglers also qualified for the Stren Series Championship, Alan as the fourth-ranked Southeast Division co-angler and Chris as the ninth-ranked co-angler. Both brothers also made the top-10 cutoff at the championship, Alan finishing sixth and earning $4,490 while Chris took fourth and made $5,320. But this isn’t new territory for the Hults family. Alan has 14 top-10 finishes to his name and two victories, while Chris has accumulated 13 top-10 finishes and four victories in FLW Outdoors competition. Oddly enough, the two Hults brothers were competing against each other for the lone Southeast Division berth into the 2008 Forrest Wood Cup. That no-entry-fee qualification will ultimately go to Chris, but only by a slim 1-pound, 1-ounce margin. Last year, Alan qualified for the 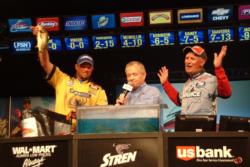 Daily Cupdate … In addition to Lane, several other pros are getting closer and closer to punching their tickets to the 2008 $2 million Forrest Wood Cup on Lake Murray. To date, only Mathew Saavedra from the Western Division has punched his ticket to the Cup. But in the Co-angler Division, there is no speculating anymore as competition concluded this afternoon. Young Yang of Los Angeles was the first to secure a spot as the only Western Division co-angler to make the top-10 cutoff. Kevin McKnight of Versailles, Mo., finished 11th, missing the cut by 3 ounces, but still advanced to the Forrest Wood Cup as the highest-placing finisher from the Central Division. As we mentioned earlier, Chris Hults took the Southeast Division berth, Josh Clark of Horton, Mich., took the Northern Division berth, and Keith Honeycutt of Temple, Texas, will represent the Texas Division.

Middleton also wins Evinrude Co-angler of the Year … He trailed Western Division co-angler Gary Haraguchi by 15 points coming into this event, but Bo Middleton will leave Mobile with a certificate for a new Ranger 198VX powered by Evinrude as the 2007 Evinrude Co-angler of the Year in the Stren Series. He won the coveted title with 956 out of a possible 1,000 points earned in four qualifiers and the Stren Series Championship. His closest competitor, Steven McFarland of Mountain Home, Ark., finished second with 912 points. 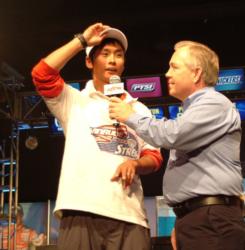 Learn English, then fishing … When Yang moved to Los Angeles from South Korea three and a half years ago, he had two goals – to learn English and to learn how to fish. After making his third top-10 cut of the season, Yang clearly has the fishing part down. In fact, Yang has competed in only four FLW Outdoors events in his career. At the lone event where he didn’t make the top 10, he still cashed a check. Traveling from L.A. to L.A. (lower Alabama), Yang showed off both his angling and language skills, earning a check for $4,075 and drawing a nice round of applause from the Mobile crowd.

0: Number of co-anglers who came up empty-handed on day three. 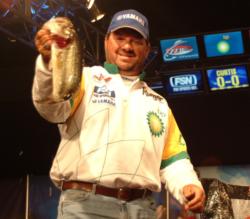 40: Saavedra’s finish in the 2007 Stren Series Western Division points race. Only the top 40 anglers qualify from each of the five divisions for the Stren Series Championship. As the last pro to qualify from the West, Saavedra made the most of his fortune and is now going to the 2008 Cup as the highest-finishing pro from the West.

120: Number of miles pro Bobby McMullin ran each way to get to his primary fishing area Saturday.

“Ott Defoe and I yesterday pulled up to a single log and caught 12 keepers.” – Honeycutt.

“For being so little, you sure take up a lot of room, Charlie (Evans, FLW Outdoors CEO).” – Honeycutt, who was trying to peek at the scale while Clark was weighing in.

“I don’t care where I finish, I just want to beat Bobby.” – Gainey, on the prospects of beating Lane and earning a trip to the 2008 Cup.

“I lost one fish this morning that weighed more than all of those together.” – Local pro Robert Robinson, who caught a five-bass limit Saturday weighing 6 pounds, 5 ounces.

The final takeoff is scheduled to take place at 7 a.m. Central time at the Chocolotta Bay Ramp, located at 1595 Battleship Parkway in Mobile.