Reitz races ahead of co-angler field in Stren Western 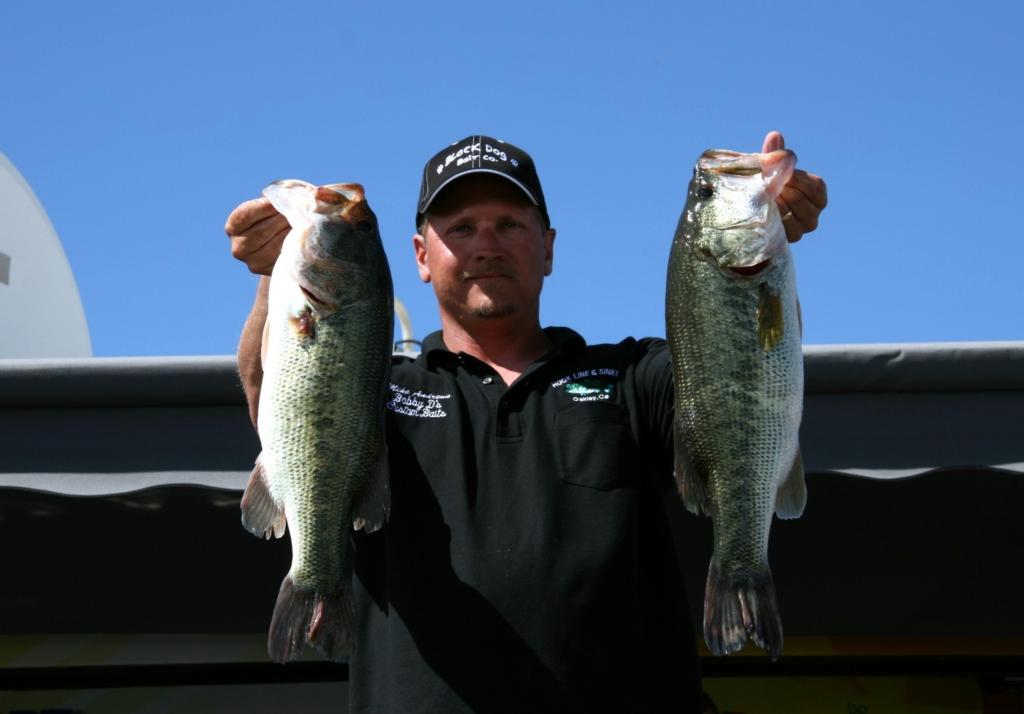 Another strong performance keeps Oakley pro Mike Andrews on top of the pro division at the California Delta. Photo by David A. Brown.
May 15, 2008 • David A. Brown • Toyota Series

OAKLEY, Calif. – He said he struggled, but you wouldn’t know it by looking at the 8-pound, 8-ounce lead that Oakley, Calif., pro Mike Andrews holds after two days of Stren Series Western Division action on the California Delta.

After blowing away the competition on day one with 36 pounds, 3 ounces – the heaviest stringer in Stren Series history – Andrews brought another 24 pounds to the scale and recorded a two-day total of 60 pounds, 3 ounces. No doubt pleased to retain his lead, Andrews said day two brought a greater challenge than day one, in which he caught 5-pound fish on practically every spot.

“This morning, conditions were similar to day one – we had some of that haze and the wind came up,” 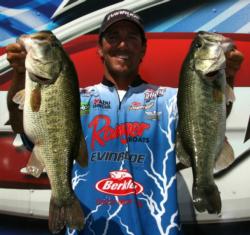 he said. “I thought with conditions being (close to) the same, I’ll catch at least half of what I caught yesterday, but I didn’t even get that. It was definitely tougher today.”

The combination of increased fishing pressure, extreme heat reaching over 100 degrees and day one’s winds stirring up several of his prime spots drastically reduced Andrew’s overall productivity. Forced to put in a lot of time running from spot to spot, Andrews caught his weight fish on wakebaits, Senkos, ChatterBaits and crankbaits. The latter, he said, has proven exceptionally productive this spring since much of the common weeds have died.

“We had a really cold, muddy winter, so those weeds didn’t get the sunlight and temperature they 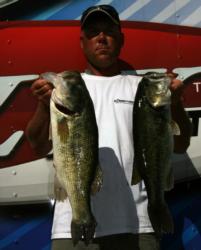 needed to grow,” Andrews explained. “A lot of the rock banks are void of weeds. You used to have to fish them with frogs or topwater baits. On the banks that are clean, I’m throwing crankbaits, and on the banks with weeds, I’m throwing the ChatterBait because it’s pretty weedless.”

Thompson up to second

In second place, Orinda, Calif., pro Zack Thompson moved up three notches with a limit weighing 24-4 and a total of 51-11. Hinging his success on a particular tactical feature borne of local knowledge, Thompson was mum on lure specifics, but said he was fishing reaction baits and down baits.

He said water movement was central to his strategy: “It’s tide-related, so I just try to get on one of my spots when the tide is working in the right direction, catch a few and then wait until I can get to another spot where the fish are biting again. It’s just a matter of waiting for some water to move and being in the 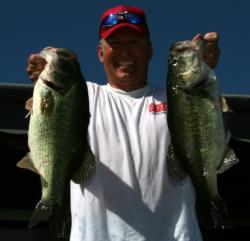 right place at the right time.”

Thompson said that during slack tide, he targets various turn breaks where lag times between tide schedules finds water moving around points. “If you keep moving around, you can find moving water.”

Jeremy Zipton of Discovery Bay, Calif., improved on his eighth-place finish of day one by weighing 24 pounds, 9 ounces and grabbing third place with a 49-15 total. Zipton caught his fish by flipping jigs and 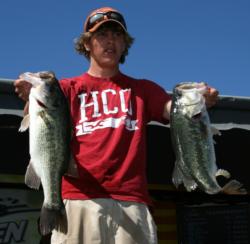 Timothy Venkus of Wilton, Calif., slipped one spot to fourth with 49-10, while 18-year-old Hunter Schlander of Modesto, Calif., gained two spots to fifth with 49-3.

Rounding out the top 10 pro leaders at the Stren Series California Delta event: 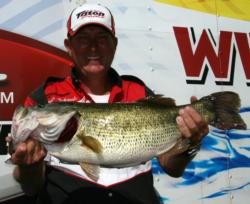 Aaron Reitz of Soda Springs, Calif., traded his trusty drop-shot for a ChatterBait and caught a limit weighing 22 pounds, 4 ounces to take the co-angler lead with a two-day total of 38-4. Working rip-rap edges, Reitz and his pro partner found a blazing bite when they got on a pile of fish feeding heavily ahead of the incoming tide. 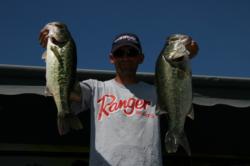 “On the low tide, those fish were chewing before that water started pushing in there, so we just hit it perfectly,” Reitz said. “They were snapping, and I caught four in a row. It was awesome.”

Maintaining a sharp mental focus, even in stifling heat, was the key to success for Reitz. “I’m just trying to work hard and stay positive. I only caught seven fish today, but obviously they were the right ones.” 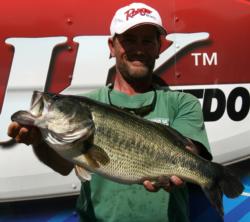 Dean Krambeck of Vandenberg AFB, Calif., sits in third with 33-13; fourth place went to Tony Gold of El Dorado Hills, Calif., who had 32-13; and Joseph Bricker of Pleasanton, Calif., finished fifth with 32-7.

Tom Goldston of Garnerville, Nev. caught the biggest bass on the co-angler side, a 9-13 that ate a wacky-rigged Senko near an old broken down dock.

Day three of Stren Series action on the California Delta continues at Friday’s takeoff, scheduled to take place at 6:30 a.m. CDT at at Russo’s Marina located at 3995 Willow Road in Bethel Island, Calif.