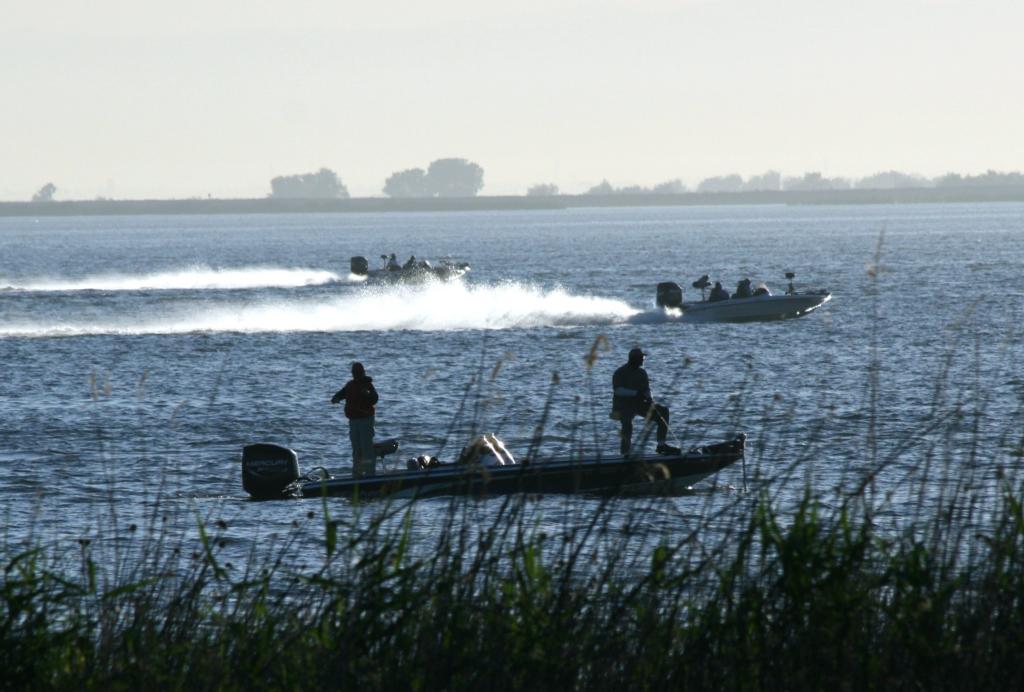 Tournament anglers fish the tule berm across from Russo's Marina as fellow competitors race to other spots. Photo by David A. Brown.
May 16, 2008 • David A. Brown • Toyota Series

OAKLEY, Calif. – If catching lots of big bass was always easy, we would have far more anglers and far fewer fish. Therefore, anglers in the Stren Series Western Division know that when a place like the California Delta plays hard to get, you just have to roll with it.

Mike Andrews of Oakley, Calif., leads the Pro Division with 60 pounds, 3 ounces and holds an 8-pound, 8-ounce lead over second-place pro Zack Thompson (51-11). After producing a Stren Series record 36-pound, 3-ounce limit on day one, Andrews turned in a 24-pound sack the next day. Still a strong effort and plenty to maintain his lead, but Andrews said he had to scratch around to locate his fish.

That was a familiar tale at the day-two weigh-ins, as many reported scrambling to find consistency. 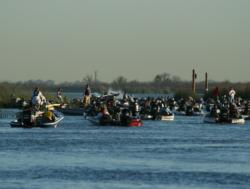 Overall, the stats were down from day one. In the Pro Division, limits were down by nine, total fish count was off by 28, and total weight dropped by 226 pounds. Twenty pounds went down to 27th place on day one, but only eight pros broke this mark on day two. Co-angler numbers fell also. 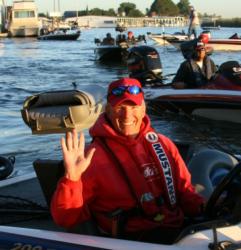 As for finding the big bites, weather was a factor for some, as morning haze gave way to bright, hot conditions with little wind – the same’s due for day three. Tides also play a key role on the Delta, with daily ebb and flow affecting fish positioning by raising and lowering water levels. Low tides concentrate the fish into tight confines, but high water scatters them throughout tules, grass and other sprawling habitat.

The key for many has been maximizing the periods of peak tidal flow. The transitions from low to high and vice-versa stimulate feeding because the bass can sit on points and ambush forage flowing past in the current.

Low to high is usually best, as bass are eager to move into shallow feeding areas such as tule edges. However, all predators are opportunists at heart, so they appreciate current from any direction.

Thompson has been utilizing his local knowledge of area current breaks and tide schedules to jog around from one point of moving water to the next. By minding the day’s tide chart, he has been able to spend most of his fishing time in strong water flow.

Chad Martin of Plumas Lake, Calif., struggled during the first two days, but feels confident that his day- 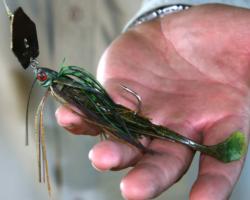 three plan will get him into check range. He’ll be throwing a ChatterBait – the not-so-secret “secret bait” that more than a couple of anglers have been using to entice aggressive postspawn fish.

With plans to target weedlines and rock edges, Martin said: “We have a little higher tide today, so there will be more water moving. Hopefully, that will make the fish more active in the areas I’m fishing. Hopefully, the big bites will come early, and then I’ll go cranking (during low tide) this afternoon.” 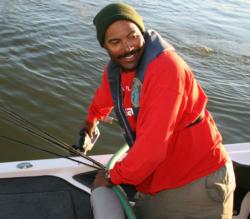 Oakland, Calif., pro Aaron Coleman sits in 24th place with 38-2. He’s currently a little less than 5 pounds out of the top-10 cut, but Coleman plans on aggressively pursuing a limit that will advance his position. Before the morning launch, Coleman topped off his fuel tank.

“I’m going to run around today because I’m running out of water as we speak,” he said. “I’ll have to try and create something. Hopefully, I’ll create the right thing.”

Coleman said he’s banking much of his day on a honeyhole far from the launch site. He’ll flip a Sweet Beaver in matted vegetation in hopes of sacking another competitive limit.

On day two, Coleman put together a limit weighing 20 pounds, 8 ounces, but he put in a lot of miles to do so. “I had two tanks of gas yesterday; I looked midday and one of the tanks was three-quarters full. But I looked again this morning and it was empty, so I just forgot I was running around a lot.”

The Stren Series event, which runs May 14-17, represents the fourth of four regular-season Western 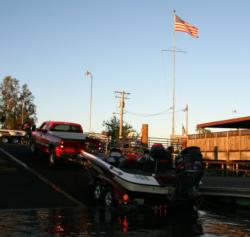