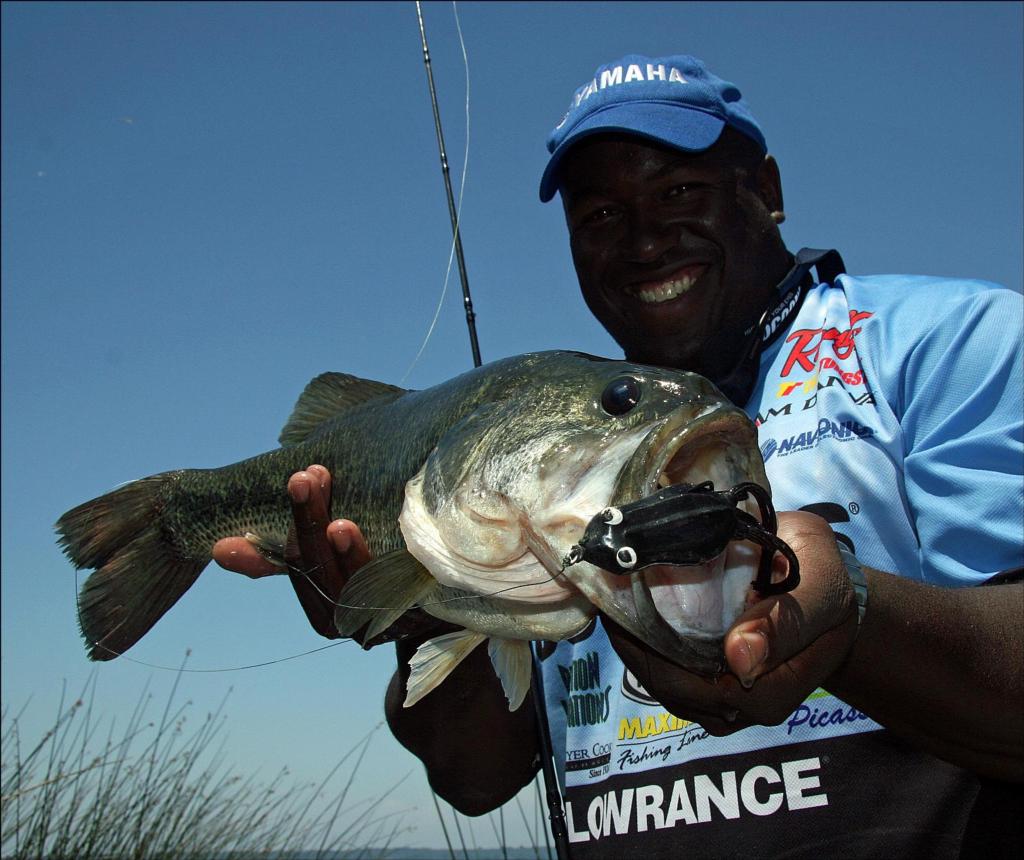 OAKLEY, Calif. – He was the first angler to weigh in and when the dust settled, Hughson, Calif. pro Ish Monroe held the top spot for day one of the Stren Series Western Division event on the California Delta.

Monroe relied mainly on his new signature series Snag Proof Phat Frog. Color pattern was black with black and red legs, but the bait’s design was the critical element. The Phat Frog’s legs are set farther back to allow for optimal hook sets, while a lower profile and flatter belly mean smoother casts and better tracking across weedy surfaces. A weight positioned at the back end keeps the head up and an inner tube design prevents water intake so the bait won’t sink.

“I wanted to put (the new design) to the test,” Monroe said. “Windy days like today hurt the frog bite, but because my frog is one of Snag Proof’s heaviest designs, I could still make a good presentation. I also caught fish flipping, but the frog produced a couple of key bites for me.”

Targeting mats of hydrilla mixed with other aquatic weeds, Monroe fished his frog with chugging, 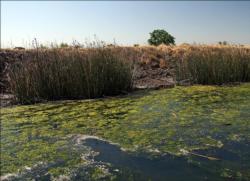 walking and popping/spitting retrieves. Often, he drew strikes where other anglers had clearly failed to do so. “Some of the mats I fished had lines where someone had (retrieved) a frog, but there were no blow up holes in the weeds. When I fished those area, I got blow ups.”

Monroe said he assembled a game plan based partially on what he found in practice and partially on personal history. “Some of my spots were spots I found in practice; others were spots I had caught fish on in the past. I’m pretty much letting the emotions take over and I’m just going fishing. Only one spot that I stopped on did not produce a bite.”

Fishing approximately 25 spots in the central south delta area, Monroe said he caught 30-40 bass today. He boated his first fish at 7 a.m. and had a limit by 8:30. His biggest fish, an 8-pounder, bit at 9 a.m. He culled up throughout the day. “I’d get a 3-pound or better fish every hour after 9 o’clock.” 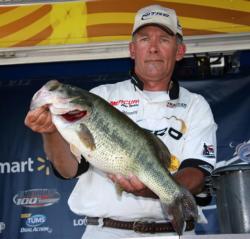 For day two, Monroe will stick with the frog and flipping patterns. He said he has enough areas to generate another big sack, provided that quality keeps pace with quantity. Fishing tomorrow in the last flight puts the clock on his side.

“If I get another big bite, I think I can catch 20 pounds again,” Monroe said. “The good thing is that I had one big bite every day in practice. 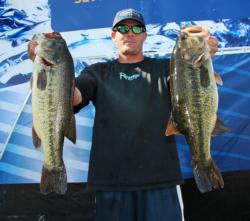 included an 8-5 that won the pro division’s Big Bass honors.

Wenning caught his big fish, along with a 4-pounder early in the morning on a black Snag Proof Frog. He targeted sparse tules with grass perimeters in about four feet of water and cast his baits deep into dark pockets.

“I was twitching (the bait) real slowly and then moving it fast by points and the fish would come out and ambush it,” Wenning said. 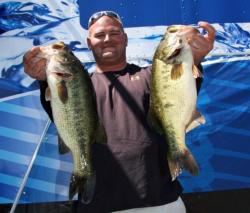 Rounding out the top-10 pro leaders at the Stren Series California Delta event:

It’s not uncommon for a pro and co-angler to both sack up big limits if they find the right spot. However, 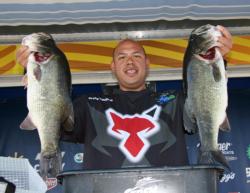 it’s an extraordinary day when the top co-angler’s weight eclipses that of the leading pro. Such is the story for Saratoga, Calif. co-angler Greig Sniffen whose limit weighed four ounces more than Monroe’s.

Sniffen bagged his 21-pounds and 4-ounces on a variety of baits including crankbaits, flipping craws, Senkos and swimbaits. “I had to mix it up today and try a little bit of everything. I had to take more rods than I usually like to take, but the delta has been consistently inconsistent, so I had to try whatever was right for the situation.”