Moore of the same 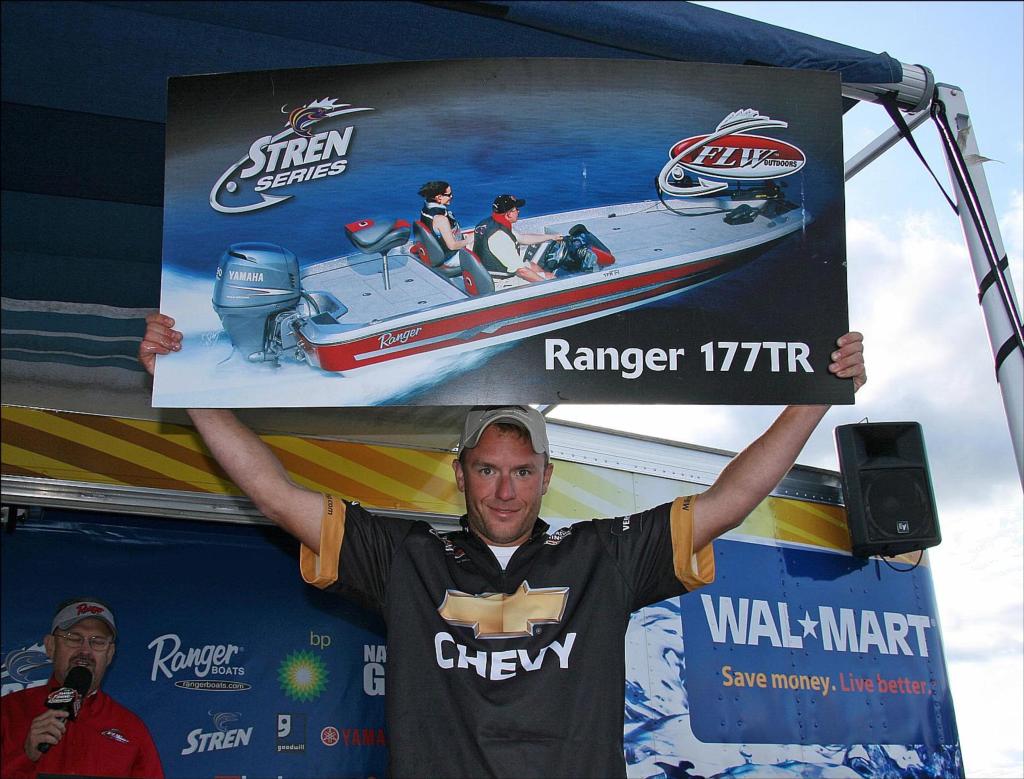 Justin Moore grabbed the lead on day one and held his position all the way to the finish line. Photo by David A. Brown. Angler: Justin Moore.
Co-angler winner completes three-day sweep
October 3, 2009 • David A. Brown • Toyota Series

OSAGE BEACH, Mo. – With a different boater each day, co-anglers often find it tough to maintain consistency through consecutive days. Not so for Justin Moore, who dominated all three days of Stren 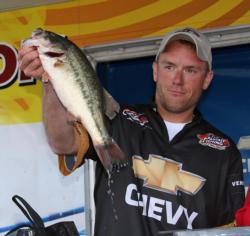 Series Central Division competition on Lake of the Ozarks.

A limit catch of 12 pounds, 10 ounces on day one put him atop his division, and another limit of 8-13 a day later kept him there. In the final round, Moore found only three keepers, but their weight of 7-1 delivered the victory with a 28-8 total and a margin of 6 pounds.

Hailing from Portage, Mich., Moore fished a green-pumpkin Senko on a ¼-ounce Omega shaky head and a 1/2-ounce Strike King lipless crankbait in the sexy-shad color all week. On day three, the shaky head delivered the goods. For his efforts, Moore won a Ranger boat package valued at about $25,000. 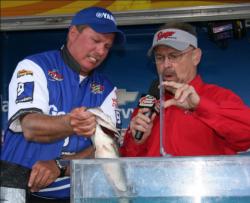 On day two of the tournament, Rick Brame took Folgers Big Bass honors with 5-pound, 15-ounce largemouth. Day three saw him weigh another big bass – this one went 3-3. Unfortunately, that was Brame’s only fish in the final round, and the angler from Festus, Mo., finished second with 22-8 and a check for $2,770.

“With the wind and the high skies, the fish just seemed to shut down,” Brame said. “The bite was tough today.” 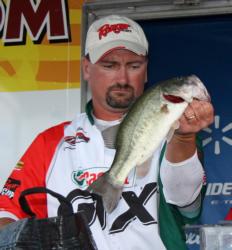 with Brame was broken by day-two standings.) Vaughn fished a green-pumpkin jig with a Zoom Super Chunk.

“I downsized today,” Vaughn said. “Earlier in the week, I was throwing a 5/8-ounce jig; today I threw a 3/8. With this cold front, I just had to slow down more.

“My partner (fifth-place pro Joe Bennett) set up just how I like to fish – slow, just flipping docks,” Vaughn said. “I had the opportunity twice to have a limit, but it just didn’t happen.”

Browns round out high five

Rounding out the top 10 co-angler leaders at the Stren Series Lake of the Ozarks event: