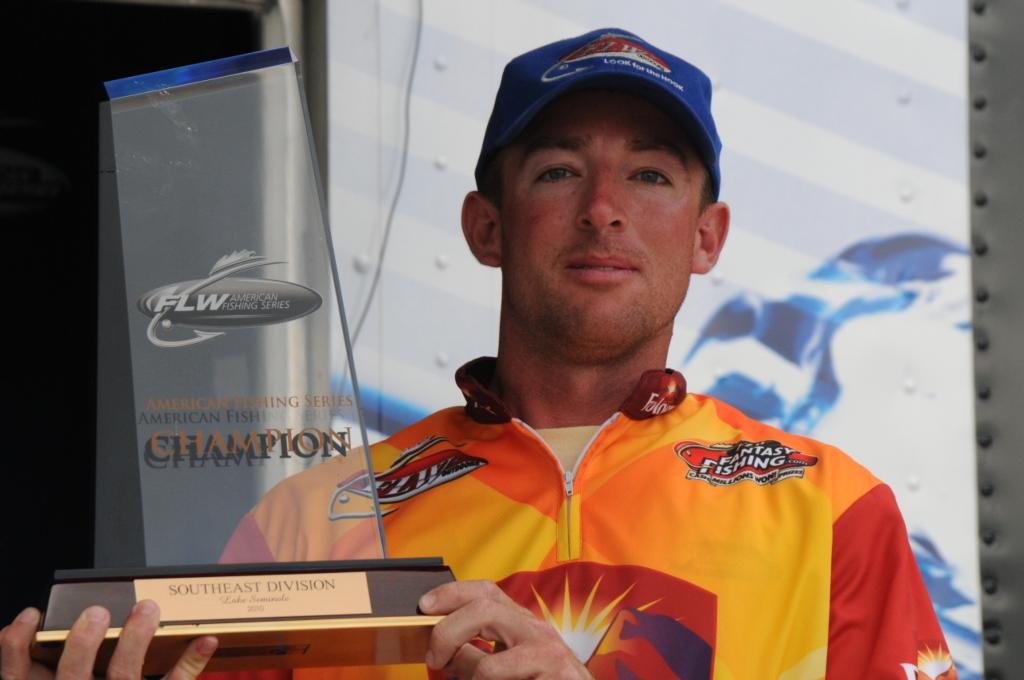 BAINBRIDGE, Ga. – In the world of tournament fishing, being a local can either be a huge hindrance or a big boon. In the case of Frank Jordan Jr. of Bainbridge, Ga., being a Lake Seminole local proved to be a tremendous advantage this week as he took victory in the FLW American Fishing Series held in his hometown.

Jordan dominated the AFS Southeast event with a final-day limit weighing 19 pounds, 5 ounces to rocket him from fourth place to the winner’s circle with a three-day total of 56 pounds, 3 ounces, providing nearly a 7-pound margin of victory.

“Man, this feels pretty good,” said Jordan after accepting his trophy and check for $19,119. “I led one of these events on Eufaula a couple of years ago, messed up on the final day and finished fifth, so this helps make up for that. Plus, winning at home is special.”

Jordan was quick to point out that his local advantage was at a premium today because it allowed him to stay in productive water while seeking shelter from the harsh south wind. 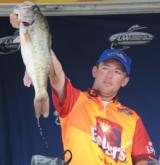 “I know a lot of these other guys got blown out by that hard wind today,” he said. “Because I know this lake so well, I was able to fish some key places that were out of the wind, which was a big help.”

Jordan’s local knowledge was also a factor in jumping on the shad-spawn bite the first day of the event.

“The shad spawn was not really happening during practice, but on the first day of the tournament, I saw it starting, so I knew exactly where to go and what to do from that point on,” he added.

Jordan spent his week in the Flint River arm, from midlake all the way down to the dam, targeting grass lines, edges and points in 6 to 8 feet of water with a War Eagle spinnerbait and buzzbait. He alternated between 1/2- and 3/8-ounce sizes, depending on the thickness of the grass. The lure colors were all in a shad pattern.

“I got off to kind of a frustrating start this morning,” he said. “I’ve been catching a limit every morning off this one spot, and I got there this morning, caught three and then lost two monsters. I thought I had blown it right there because the wind was starting to get bad. At about noon I ducked into one of those protected places I knew had some fish on it and caught my biggest bass on the buzzbait – that made me feel a little better.” 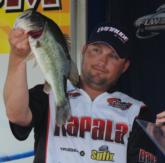 Brock worked three primary patterns this week: sight-fishing, the shad spawn on the main Flint River and working a worm in Spring Creek.

“I’d start each morning on the grass lines where I found big concentrations of shad,” Brock said. “Once I got a limit doing that and it got later in the day, I’d go sight-fishing with a lizard or throw an Ol’ Monster worm in Spring Creek to upgrade my limit.”

Dropping water levels during the week played to Brock’s advantage.

“When the tournament started, I had one place where there were still a few fish on beds, but the water was high and murky I couldn’t see real well,” he explained. “But as they dropped the water each day, the visibility improved and that allowed me to find a couple of new fish every day.” 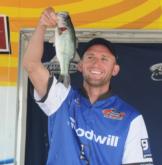 Bass fished the Chattahoochee River flats during the week, focusing on clumps of hydrilla that grew up on the river ledges in 3 to 5 feet of water.

“If a flat kind of swung out into the river channel and had that clumpy grass on it, that was the ticket,” Bass said. “Most of the bites would come when I would hit a clump of that grass.”

Prough started the week Carolina rigging a lizard and a Trick Worm when conditions were sunny and slick.

But when day two brought breeze, clouds and wind, he switched over to a 1/2-ounce Chatterbuzz buzzbait and a Red-eye Shad lipless crankbait to take advantage of the shad spawn.

“My best shad-spawn places were in about 6 to 8 feet water in submerged grass,” Prough said. “I was fishing down where the Flint and Spring creeks come together, and the wind really hit it hard today.” 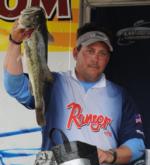 Solis led the event after day one when conditions were sunny and calm.

His primary pattern during the week was to fish the outsides of spawning pockets with lightly weighted Texas-rigged Big Bite plastics on 15-pound-test Seaguar fluorocarbon line on Dobyns Rods.

The next AFS event in the Southeast Division will be held on Lake Pickwick, Sept. 30-Oct. 2.