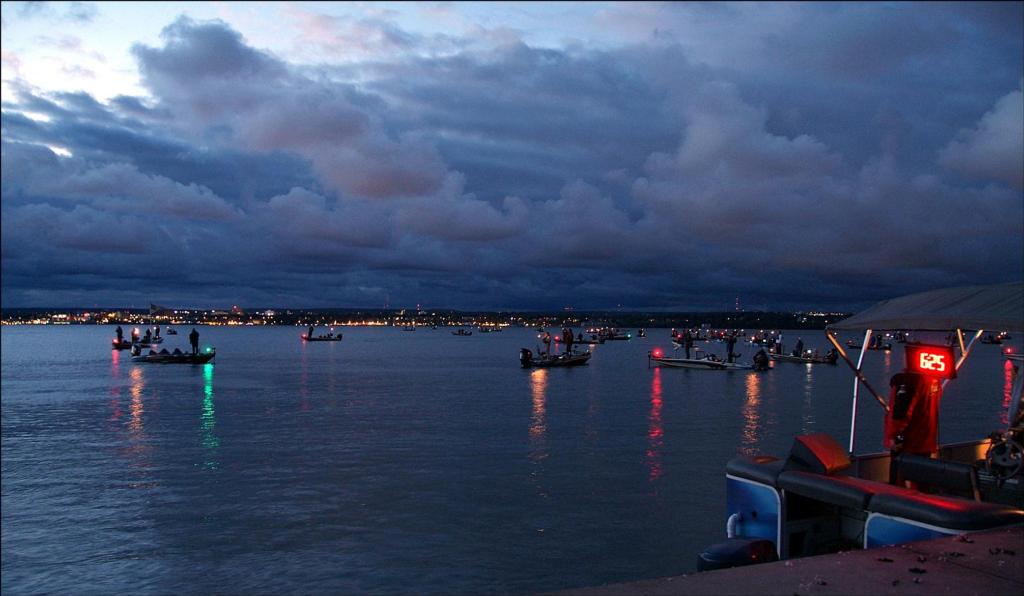 ERIE, Pa. – Thursday marked a blustery beginning to the FLW American Fishing Series event on Lake Erie, with tournament boats restricted to the waters of Presque Isle Bay on day one due to wind and a small-craft advisory for the main lake. However, expectations are still high for many four-bass limits to be weighed this afternoon.

“We went out this morning and saw 8-footers,” said AFS Tournament Director Ron Lappin, adding that Presque Isle Bay still offers enough water to support competition for a 73-boat field. “They have 100-boat tournaments here in the bay all the time.”

Temperatures dropped to below normal this week as the wind picked up in the Erie, Pa., area, relegating many anglers to the bay in the days leading up to the event. So while the playing field is smaller today, it’s likely that more than a few in the field have developed successful patterns in the bay.

“It’s been kind of tough, but sporadic,” said pro Jay Gillfillan of Ridgeway, Ohio, who is currently ranked 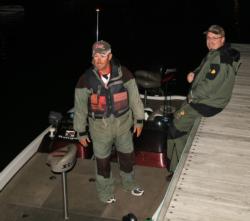 43rd in the AFS Northern Division and has earned a half-dozen FLW Bass Fishing League top-10 finishes, including a win this year in the Buckeye Division. “It’s going to be a little crowded in here … but I think there’s going to be a lot of limits today.”

New Stanton, Pa., pro Harold Marietta, who is currently ranked 29th in the Northern Division, said four-bass limits today could weigh anywhere in between 10 and 16 pounds, compared to a good sack that could potentially tip the scale to 25 pounds if the main lake were open to anglers: “I love to fish for those smallmouths out on the lake. It’s hard to stay in here when you’re about two miles away from one of the best smallmouth fisheries in the country.”

But as Lappin said at the 6:30 a.m. takeoff today, “It’s just not worth the risk,” and Marietta said the northwest wind is the culprit, as it conjures the big waves on Lake Erie. Though it’s far too early to make a prediction about Friday’s fishing conditions, weather forecasts differ little from current conditions, so Presque Isle Bay patterns may make or break an angler in this three-day event.

Each of the 146 anglers is in search of the best four bass he can land each day, and culling is allowed. Taking angler reports into account, the Big Bass award today probably won’t go larger than 5 pounds. 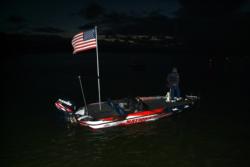 Look for it to take a 6-pound-plus smallmouth to earn that award if anglers are allowed fish the expanse of Lake Erie later in the week.

Gillfillan said he will be “dragging a light tube” along deeper weed edges for part of the day, then “punching mats when the sun comes out” with a Reaction Innovations Smallie Beaver in shallower water.

Many anglers have found success on the main lake by fishing drop-shots and tubes in about 40 feet of water, Marietta said, but he’ll fish much shallower today inside the bay with “worms, Senkos – something that has some bulk to it – in natural colors.” He said he’ll fish the outside of weed edges at depths of about 7 to 8 feet. 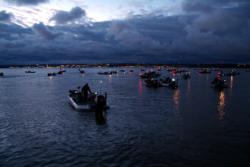 The American Fishing Series consists of four divisions – Central, Northern, Southeast and Texas. Each division will consist of three tournaments, and competitors will be vying for valuable points that could earn them a trip to the American Fishing Series Invitational on Wheeler Lake in Decatur, Ala., Nov. 4-6. The points champion from each division will qualify for the 2011 Forrest Wood Cup, and a fifth Forrest Wood Cup qualifier will advance from the Invitational that is open to the top 50 anglers from each division.