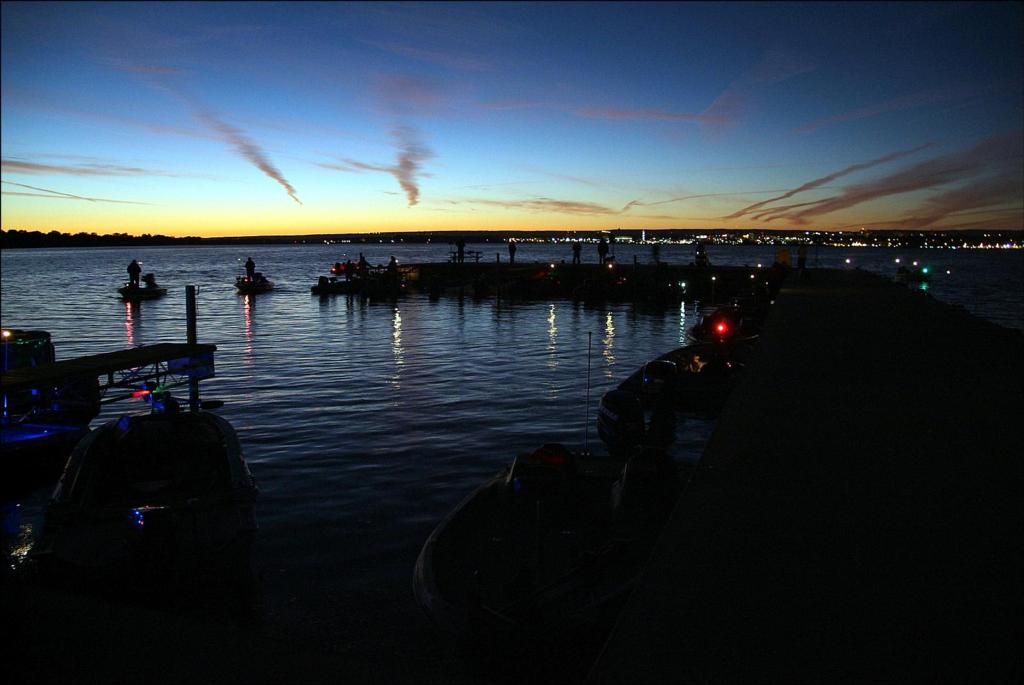 ERIE, Pa. – The baits have been selected, the patterns refined, the wind and waves endured. Now it’s show time for the 10 pro and 10 co-angler finalists fishing in the FLW American Fishing Series Northern Division finale Saturday, and there’s a lot on the line.

These skilled fishermen are competing today for trophies and bragging rights; cash and sponsor incentives; honor and notoriety. But they also have even more riding on today’s outcome: For a couple, the Northern Division points title and a berth to the prestigious Forrest Wood Cup championship are hanging in the balance; and the rest are looking to accumulate enough points to attend the AFS Invitational on Wheeler Lake in Decatur, Ala., Nov. 4-6, which provides another avenue to the Cup for the winners.

Nothing to be nervous about, right? But you truly wouldn’t guess that so much is at stake when listening to the friendly banter and casual dock talk taking place at the marina at Presque Isle Bay State Park early this morning – because in the final analysis, the vast majority of these guys fish for a reason that rises above all else: fun. 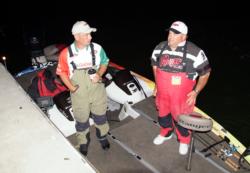 Currently leading their respective divisions are pro Pat Eichmann of Nancy, Ky., and Don Smith of Brodhead, Ky. – each with just short of a 2-pound lead over their nearest competitors. They are friends back home, and they practiced together for this event. They will fish together again today from boat No. 1.

“I feel pretty good; I made the top 10 at Champlain (last month),” said Eichmann, who plans to travel about three miles out onto Erie to fish a hump with drop-shot rigs. “It’s just going to be what it is. We’re just going to have fun.”

Patrick Roy of Syracuse, N.Y., in second in the Pro Division and has fished consistently over the opening two days. Behind him in third is David Cioppa of Hopkinton, Mass., who tripled his day-one weight on the second day of competition.

Roy, who will travel about two miles to find grass and rocks to fish with a drop-shot, distilled the goal 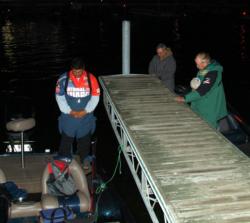 for today’s finale to its bare essence: “It’s all about who catches the bigger ones.”

It should be noted that anglers were restricted to the bay on day one due to high winds, which made it difficult for many anglers to fish their desired locations or patterns.

And there’s a battle for the pro points title and a ticket to the Cup taking place today between 10-place pro Darrin Schwenkbeck of Varysburg, N.Y., and veteran FLW bass pro Bill Chapman of Salt Rock, W.Va., who is in sixth place. Chapman is just a couple of points behind, but has a four-place advantage as of this morning – so it’ll come down to who can catch them better today on Lake Erie. 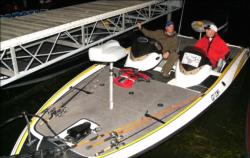 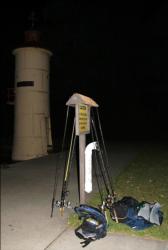 Day’s outlook: mostly sunny with temperatures warming rapidly into the low to mid-70s; winds SE at 5 to 10 mph