After a dismal season, Tennessee pro goes out on top with wire-to-wire win at windy Wheeler 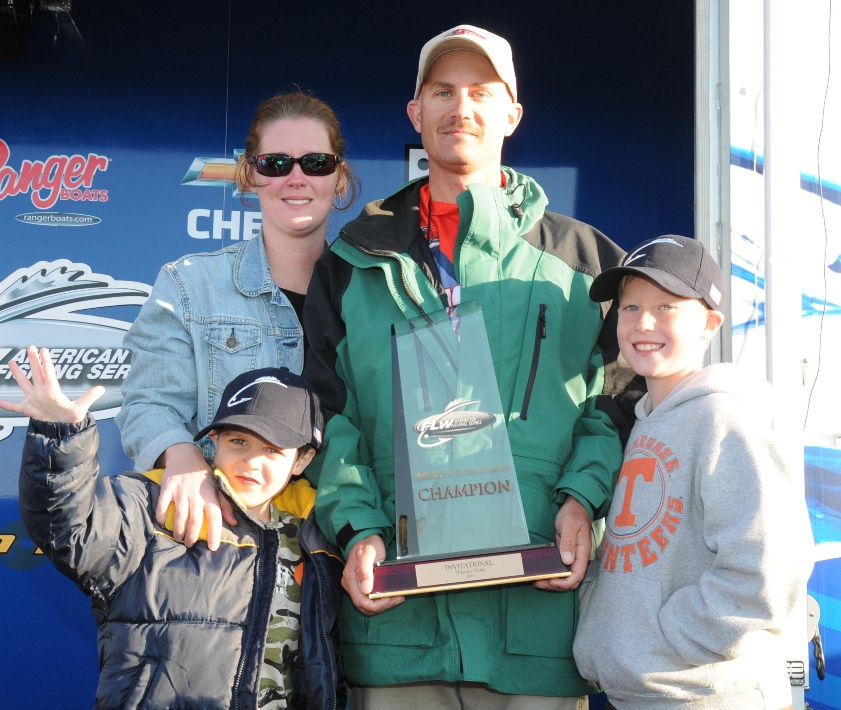 DECATUR, Ala. – Fishing bass tournaments is a manic game: one minute everything is going right and you are on top of the world; a minute later disaster strikes and you are lower than the Titanic.

This year he signed up for all the American Fishing Series events in the Southeastern Division with his highest hopes pinned on Pickwick, his home lake.

By season’s end he had not scored one AFS check, and finished a very disappointing 71st at Pickwick.

In short he had sort of stunk his season up and his only chance to air it out was to go out on top at the AFS Invitational on Lake Wheeler.

Practice went great for Aaron at Wheeler and just when things were looking up: bam, disaster struck again. On Tuesday, while trailering his boat, he was involved in an auto accident which left his bass boat lying in a ditch.

From there he had to scramble to borrow a boat and all the while the biggest cold front of the year was bearing down on Wheeler, whipping it into a frenzy with northwest winds blowing right down its gut.

Yet somehow through it all Aaron was able to keep his composure and today he indeed ended up on top by winning the AFS Invitational worth $24,810.

“This goes a long way in helping make up for an awful year,” Aaron said. “It’s funny how things work out for the best, though. Losing my boat in the accident was kind of blessing in disguise: I have a smaller 18-foot boat with a 150 and I ended up borrowing a 20-foot boat with a 225 and it made all the difference. I was running a long, long way in that wind and it would have taken me forever to get there and back in that rough water with my little boat and I might not have done as well.” 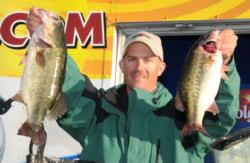 On day one the jig was his dominant bait. One day two the spoon played a role in catching his bigger fish. And today he used the spook.

Despite being up the river, Aaron still had to deal with the wind as it was blowing straight down his primary stretches.

“That wind makes it hard to hold the boat but I think it really helps the fish bite,” Aaron said. “I love fishing current and one thing I’ve come to realize is they bite better when it’s roughed up a bit out there. When it’s dead calm the bite is usually a lot tougher, even when they’re really pulling current.”

As for Aaron’s future, he’s not sure what his plans hold in professional fishing. But he’ll certainly be fishing at least one more big tournament in the near future – the Forrest Wood Cup next August – as his win also qualified him for that event. 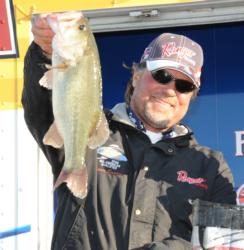 Kevin Snider of Elizabethtown, Ky., finished his 2010 season off strong: in addition to being the AFS Southeastern points leader, he finished runner-up at Wheeler this week.

Snider spent the week in the power line area of the lake dragging jigs over stumps and mussel bars in 6 to 10 feet of water.

His jig set up was a ¾-ounce homemade jig (black/blue) teamed with a Prowler Flappin Craw trailer (green pumpkin) and tied to 12-pound test fluorocarbon.

Today his jig bite shut off so he switched to a Carolina-rigged Brush Hog to tease them into biting. 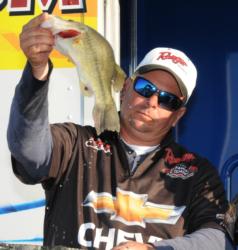 Folse spent his week fishing in Limestone Creek, flipping a jig to laydowns in 15 to 20 feet of water.

His jig was a ¾-ounce black/blue jig team with a plastic chunk (sapphire blue) tied to 15-pound Trilene fluorocarbon.

“I went with a heavy jig because I wanted a fast fall in the deeper parts of those laydowns,” Folse said. “I think that fast fall makes them strike out of reaction. And I like the black and blue color because the water back there is pretty dirty and it just shows up better in that colored water.”

With the bright sun today his jig bite fell off so Folse adapted by going to a white ¼-ounce Boo-Yah spinnerbait. 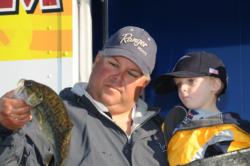 His Carolina rig was tipped with a green pumpkin Baby Brush Hog and his football jig was black and blue with a Zoom Fat Albert twin-tail grub. He fished both lures on 15-pound test monofilament.

Bill Chapman of Salt Rock, W.Va. finished fifth with a three-day total of 30 pounds, 9 ounces worth $4,253. His finish at Wheeler compliments his Angler of the Year points title in the Northern Division. 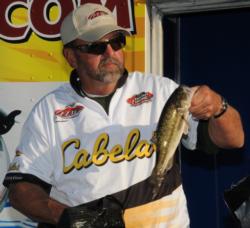 Chapman spent most of the week some 40 miles up the Tennessee River fishing a One-Knocker Zara Spook on 12-pound test monofilament.

When his topwater pattern would fall off, he would go to pitching a green pumpkin Tender Tube on 10-pound test around stumps.

Rounding out the top-10 pros in the FLW American Fishing Series Invitational: