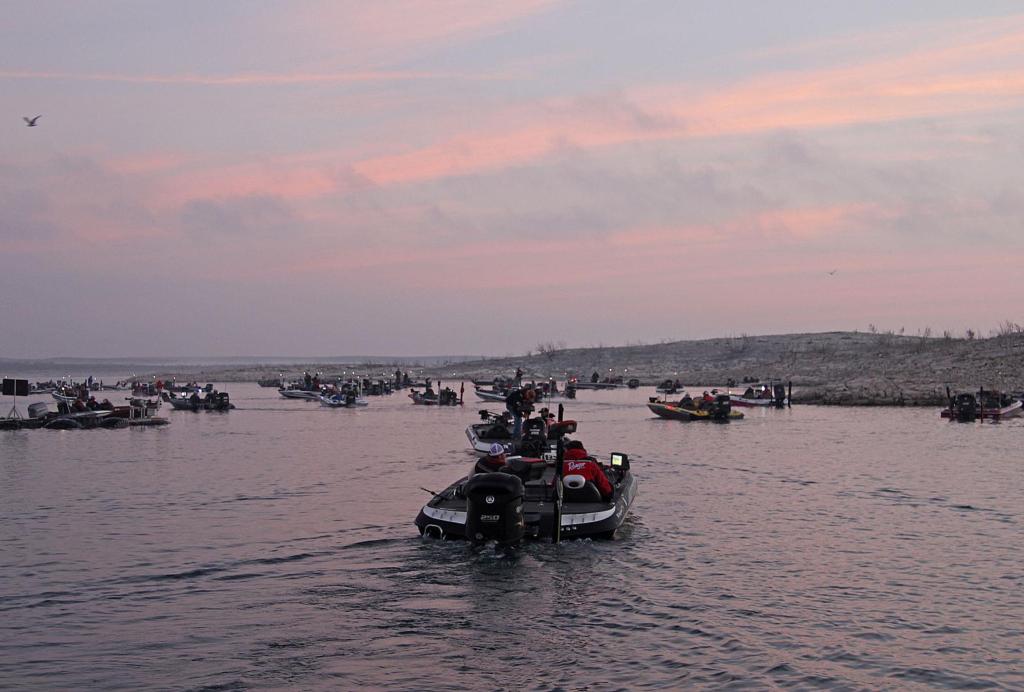 For the past several days, the International Boundary Water Commission has been dropping the lake to provide for downstream agricultural irrigation needs. Johnston said that given the lake’s seasonal patterns, the effects of this falling water have been profound.

“I’ve been here right at about a week and the water has fallen about 2 1/2 feet,” Johnston said. “The 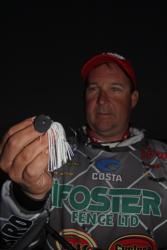 water had just started falling the day after I got here and now it’s at the point where it’s falling 4 to 5 inches a day.

“What we have is warming temperatures and we’re coming up to a full moon so a lot of fish are coming in trying to spawn. But with the falling water, the fish are kind of at a stopping point. There’s hydrilla all over the lake, but the falling water is pulling them out of the (grass). They want to be in the hydrilla, but the current is so (strong) with the water pulling out that you can find green hydrilla lying up on the bank, still wet.” 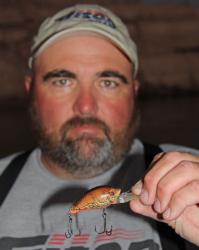 Ritter Ferguson, who topped the EverStart event on Lake of the Pines in October, agrees: “The way they’re dropping the water, those fish don’t know if they want to come up or stay deep. I’ve heard of guys catching them anywhere from 2 feet to 80 feet.”

Johnston hopes to find quality fish by targeting the outside grass edges with a V&M Lightning Blade. Because the fish have been short-striking, he’s fishing his bait with no trailer. A smaller profile, he surmises, should make the fish more willing to gobble the entire bait.

Ferguson said his practice was hit-and-miss, with deeper spots producing best for him. He’ll start his day with a squarebill crankbait and then move offshore with a football-head jig and a Carolina rig. 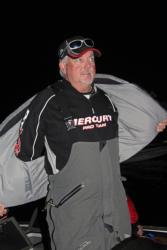 Most agree that Amistad will likely yield several big bags today – multiple catches of 20-plus pounds are the expectation. However, this lake has a way of hiding its bounty, so it won’t be any cake walk. Nevertheless, anglers like Ryan Lovelace and Strike King pro Denny Brauer reported catching fish over 10 pounds in practice, so the potential for fireworks definitely exists.

Anglers will take off from the East Diablo Launch Ramp located at Highway 90 West HCR 3 in Del Rio, Texas, at 7:30 a.m. each morning. Weigh-in will be held at the East Diablo Launch Ramp on Thursday and Friday beginning at 3:30 p.m. Saturday’s final weigh-in will be held at Walmart located at 2410 Dodson Street in Del Rio beginning at 4 p.m. Takeoffs and weigh-ins are free and open to the public. 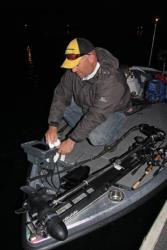 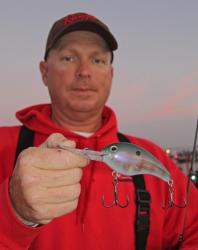