Blowin’ in the wind on Kentucky/Barkley 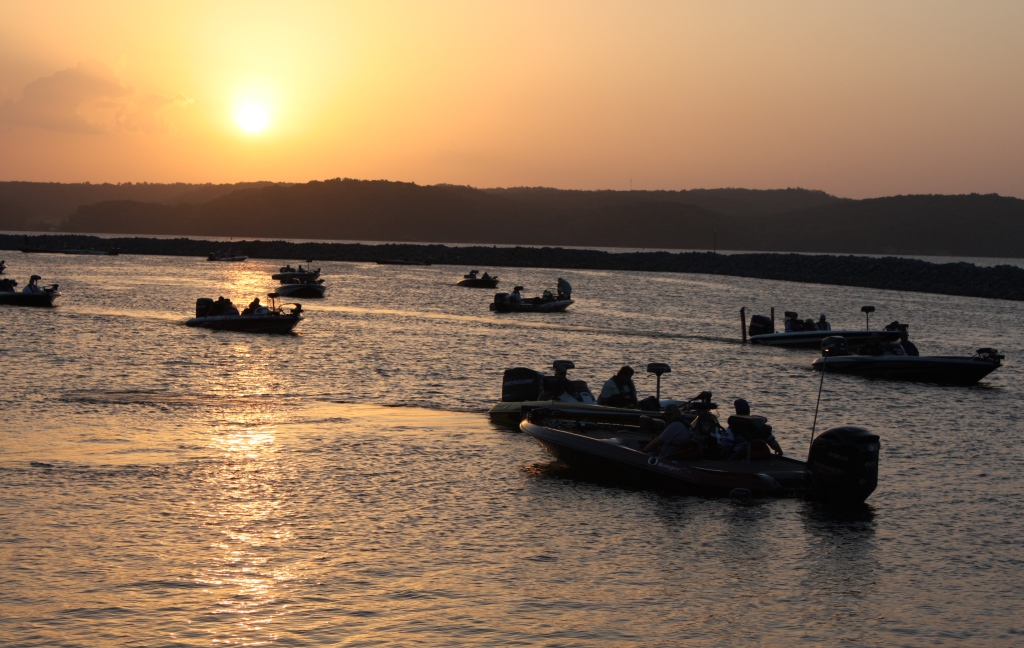 HARDIN, Ky. – A deceptively gentle breeze swayed the boats on the first morning of EverStart Series Central Division competition on Kentucky Lake today, and the inhabitants of many of those boats will spend the day making a long run. What felt like a gentle, cooling wind is actually the beginning of a lake wind advisory that could complicate the plans of anglers who plan to make the fabled long run to New Johnsonville, Tenn.

“The word’s out,” said local pro Billy Schroeder of Paducah. “You’ve got to go south.” 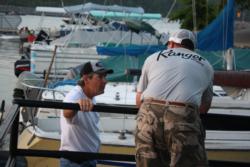 While the logic is true – if it’s a summer tournament on Kentucky Lake, you’ll see most of the boats pointed south, ignoring Lake Barkley altogether. But according to Schroeder, the vast waterway has much more to offer than the fat bass in Tennessee, and he expects a high number of heavy limits to be weighed in today.

“You can catch fish any way you want,” he said. “The lake’s got so much water. You can fish shallow, you can fish deep. I’m fishing deep.”

Fishing deep ledges is the typical summer pattern on Kentucky Lake, but what makes it different this year is that Schroeder says he’s finding them in schools.

“What’s strange is that they’re bunched up,” he said. “It’s been like that all summer. They’re all together. You might fish a long time and get nothing, and then find a school of 10 to 30 fish.”

Whether they’re schooled up in Barkley or down deep in Tennessee, Schroeder expects EverStart contenders to bring in anywhere from 12 to 18 20-pound stringers today.

The questions remain, though. Will the winds create a problem? The National Weather Service’s lake wind advisory predicts average wind speeds of 10 to 20 mph that will create a “high chop.” Schroeder seemed to think that those who aim south will likely stay the course.

“There will be a lot of boats going south,” he said. (“A ton,” added pro Ramie Colson Jr.) “I don’t think Barkley will have much play because nobody’s fishing it.”

If history is any indication, a high chop is worth it to be among the dozen or so pros bringing in one of those 20-pound stringers. Wind or no wind, it’s likely to be the same old, same old on good old Kentucky Lake today. 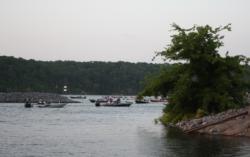 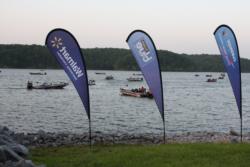 Wind: Northwest at 16 mph with a lake wind advisory in effect