Sight-fishing rules on day one 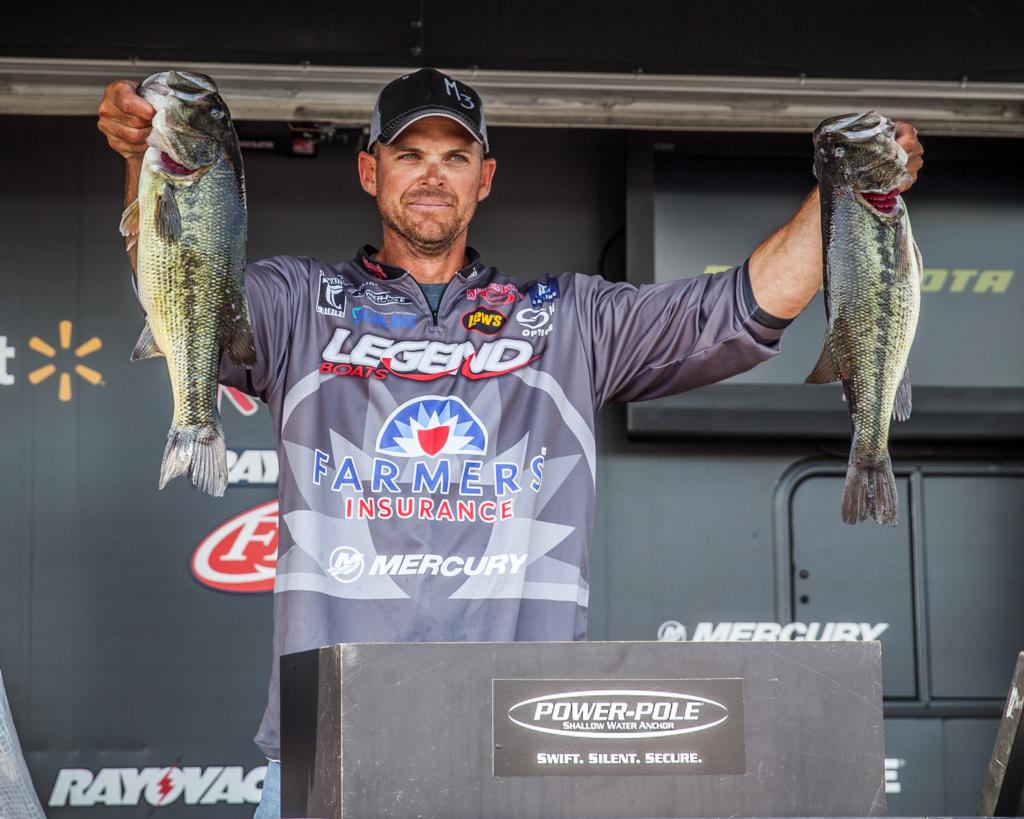 Todd Castledine did what he does best and sacked up 23-13 to claim the lead after day one on Grand Lake. Photo by Jody White. Angler: Todd Castledine.
April 16, 2015 • Jody White • Archives

Day one of the Rayovac FLW Series presented by Power-Pole on Grand Lake produced stunning weights. With “thousands” of bass on the beds, the pros brought in a total of exactly 2,240 pounds, and it took 16 pounds to make the top 60. Rising above the crowd was Nacogdoches, Texas, pro Todd Castledine. Renowned for his prowess in Texas, the sight-fishing master cracked 23 pounds, 13 ounces and leads second-place pro Jonathan Henry by 1 pound, 6 ounces.

Though there is plenty of time for Castledine to falter and plenty of sticks eager to take over the lead, this event, hosted by the Grand Lake Association, could hardly set up better for him.

“This [sight-fishing] is one of my deals I like to do, so it kinda went as expected,” says Castledine. “I did lose a 5-pounder, though. I broke her off, and that would have helped me.”

Despite having a lengthy fog delay in the morning, Castledine caught three of his fish in about 20 minutes early in the day, but couldn’t fill his limit until later.

“I only had about 45 minutes at the end of the day to mark new fish,” says the Texas pro, who was in the first flight and had a short day of fishing. “When I started looking I realized there aren’t many left. But, I found one pocket with a few 3-pounders, and I’m going to bed-fish tomorrow regardless.”

The weather for the second day of competition could make bed-fishing a little more difficult. The wind is forecast to pick up some, and clouds with some scattered thunderstorms are likely to make their way through the area. If the sight-fishing bite toughens, a master like Castledine could be in good shape to retain the lead. However,  there are several  anglers with a secondary pattern that might be able to capitalize on the tougher bite and make a move. 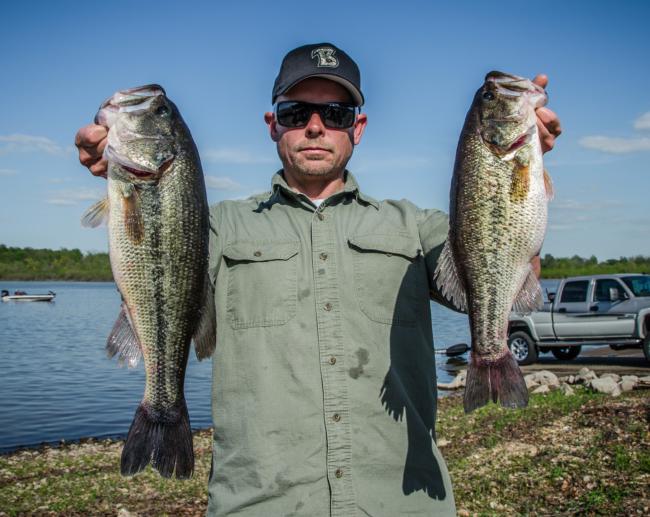 Erick Fernengel of Lake Waukomis, Mo., brought a five-bass limit to the scale with 13 pounds, 14 ounces to lead the co-anglers on day one.

“My boater was on the sight-bite and I just did my thing,” says Fernengel, who fished with seventh-place pro Bradley Hallman. “He was a great boater, and he left me a couple to fish on beds to try for.”

Fernengel ended up catching six keepers throughout the day and all but one of them came on a shaky-head rig. Sight-fishing events are notoriously tough on co-anglers, but with more than a 3-pound lead over 10 place, Fernengel figures to have a good chance to make it to Saturday.