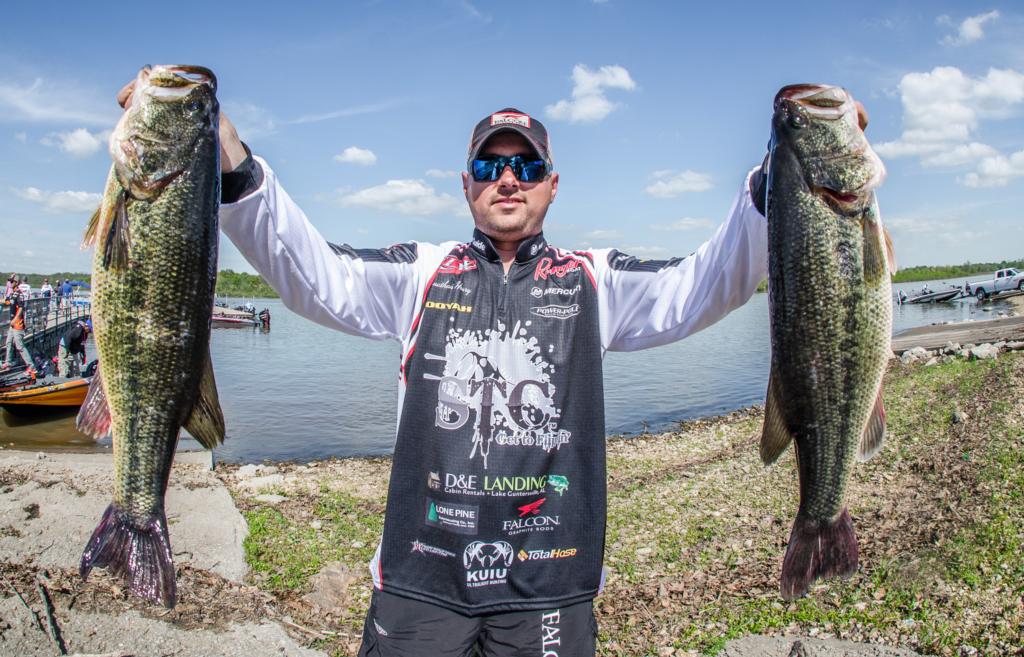 After a disappointing tournament on Guntersville, Jonathan Henry went out for redemption and sacked 22 pounds, 7 ounces for second on day one. Photo by Kyle Wood.
April 16, 2015 • Jody White • Archives

The first day of the Rayovac FLW Series Central Division tournament was all about the sight-bite – from day-one leader Todd Castledine on down. The event, presented by Power-Pole and hosted by the Grand Lake Association, undoubtedly featured other patterns, but every angler who did well relied in large part on bedding bass.

The theme of the day was definitely sight-fishing, but the longevity of the pattern is a little up in the air. Though there are tons of quality bass on the banks, many of the biggest were plucked from their nests on the first day. Additionally, Friday promises some conditions that are less than ideal for sight-fishing. Wind, rain and clouds are forecast to roll into Grove tomorrow. The bass are unlikely to vacate the beds, but Friday’s weather might make actually seeing and catching them considerably more difficult.

Here are the pattern details for the rest of the top five.

Jonathan Henry of Grant, Ala., exclusively targeted bedding fish on the first day and managed to jump into second place on a lake that he has only been on once before as a co-angler on the Walmart FLW Tour in 2013.

“I was looking at some and just casting at places where I saw some big ones in practice,” says the Lake Guntersville guide. “I could have culled multiple times today, but I wasn’t sure that 10 ounces would really be worth it. I had my five by 10 o’clock, and I didn’t try to catch another fish all day.”

Henry says that he dialed in on the sight-fishing bite the first day of practice and has more than 150 fish waypointed on his graph. He seems very confident in his ability to catch more big fish tomorrow. 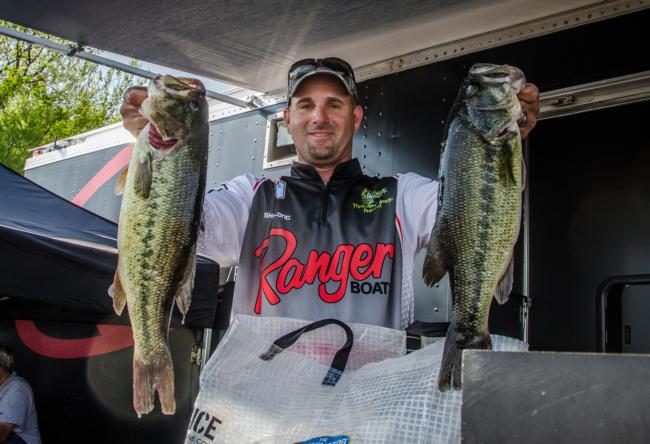 Checking in at third place is Shane Long, who hails from Willard, Mo., and is just slightly less than a pound behind second-place pro Henry.

“I had the right ones marked and got lucky and got the right bites,” says Long. “I still have two big ones saved, but they may be hard to catch. I caught one in practice that I probably shouldn’t have, and the other is still a little green.”

Long caught about 10 keepers on day one and plans to go right back to the sight-fishing program on day two. 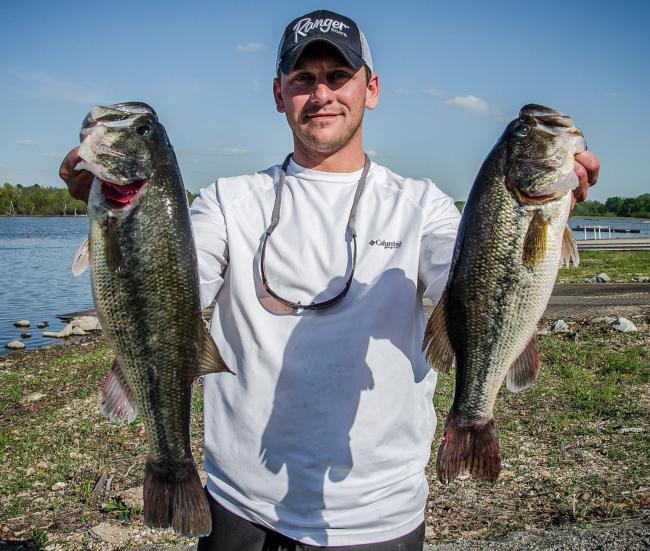 From nearby Kirkwood, Mo., Joe McClary put 20 pounds, 15 ounces in the box via sight-fishing on day one to settle into fourth place.

“I caught maybe 20 fish today. If I can see them tomorrow in the wind then I’ll have some left," he says. "I have some big ones locked down, but you need to sit on them for about 45 minutes to get them to bite.”

McClary was happy to reveal that he was catching all his fish on a white Zoom Ultra-Vibe Speed Craw. Though he plans on targeting bedding fish again on Friday, the Missouri pro does have one secondary pattern to fall back on. 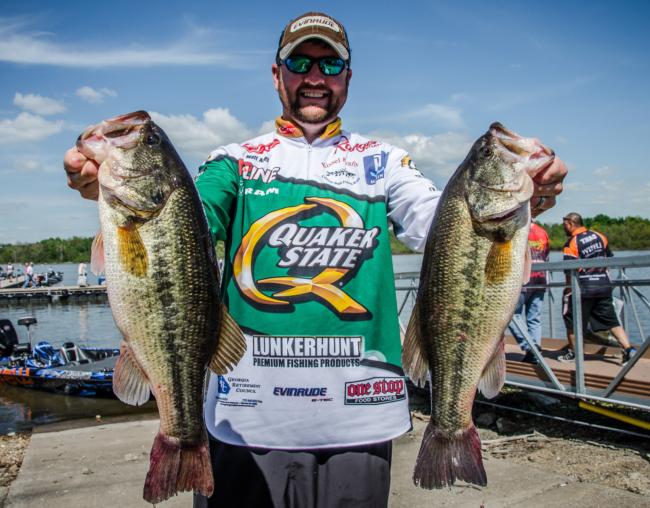 Quaker State pro Matt Arey of Shelby, N.C., had yet another good day sight-fishing and checks in at fifth place with 20 pounds, 14 ounces.

“If I don’t catch them sight-fishing I’m not gonna catch them,” says the Carolina pro. “I have a ton of fish marked, but some of my water got dirtied up today and I don’t know why. I had over a hundred fish marked when the tournament started, and the dirty water messed up a few and I don’t know how many other guys caught.”

Arey only caught six fish on day one, but says he passed up numerous smaller fish after catching four worth about 17 pounds by 10 a.m. Like many, he is trigging his fish with a wide variety of typical bed-fishing baits.

Friday's second day begins with takeoff at 7 a.m. The full field will fish on Friday, but only the top 10 pros and co-anglers move on to Saturday with the winner in each division determined by three-day cumulative weight. Weigh-in begins at 3 p.m. CT at Wolf Creek Park. Tune in for FLW Live video from weigh-in at FLWFishing.com.