Browne Sticks To The Bank To Win 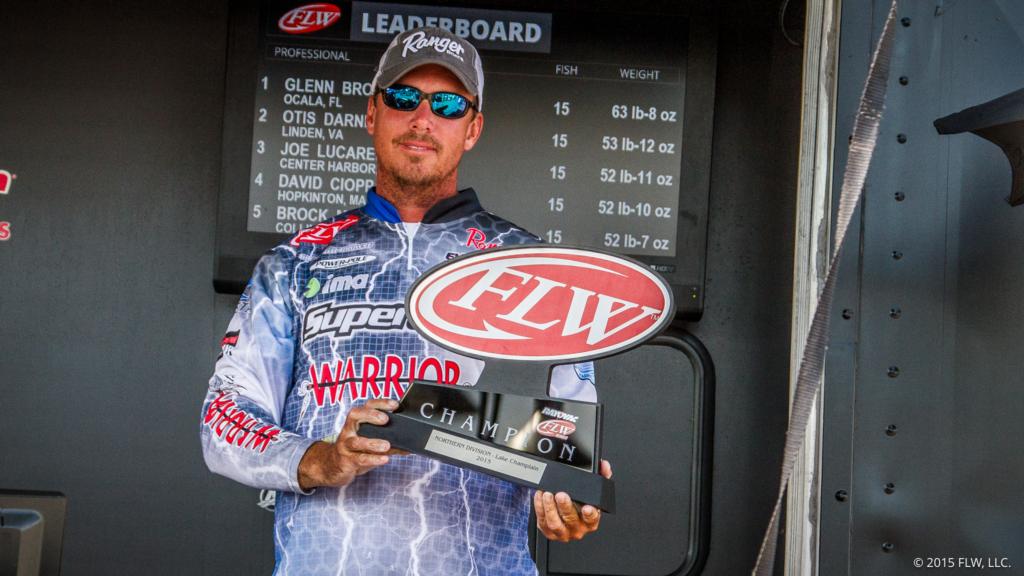 A lot would have had to happen for Glenn Browne to relinquish his hard-earned lead on the final day of the Rayovac FLW Series event presented by Plano on Lake Champlain. It turned out that a lot did happen, but with help from his friends and a great pattern, Glenn Browne socked 18 pounds, 7 ounces on the final day for a 63-pound, 8-ounce total and a payday of $34,097 plus a new Ranger Z518 with a 200-hp outboard.

The story of the day was without a doubt Browne’s ability to overcome a mechanical failure early on and salvage the day.

“I was in front of Willsboro Bay,” says Brown, “about 15 or 20 miles south of [Plattsburgh], and I hit a wave hard. When I came down everything in the boat was just dead.”

Eventually, fellow pro Dave Lefebre was able to run down with his boat to replace Browne’s. While Browne took Lefebre’s boat back through boat check again and then hammered back down to Ticonderoga, Lefebre, Pete Gluszek and Tony Davis combined to get Browne’s boat back on land.

“It’s pretty impressive,” says a smiling Browne. “With all that, and all that running, I was still fishing by 8:30.” 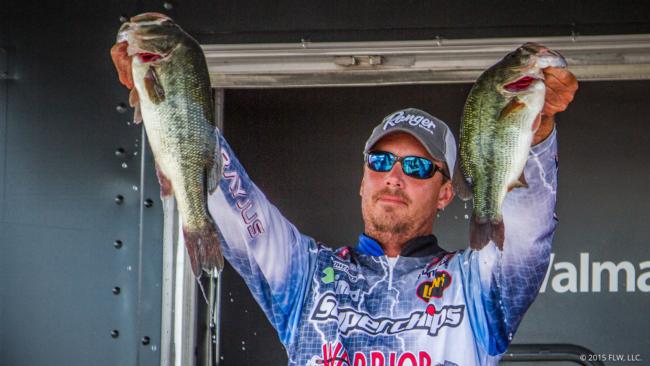 Browne said all week that he was on something different than the masses at Ticonderoga. Instead of fishing in the area’s famous grass beds out off the shoreline, the Florida pro targeted the banks.

“I was looking for willow trees and other little banks that are kind of undercut and have a little more water on them,” explains Browne. “That and grass mats and reeds. Just anything that looked good on the bank and had a little bit of water. The water was higher than normal, but it’s dropping, so that bite is going away.”

Browne says that he fished all over in the Ticonderoga area, both in an out, but that he found his better fish on the bank in practice. 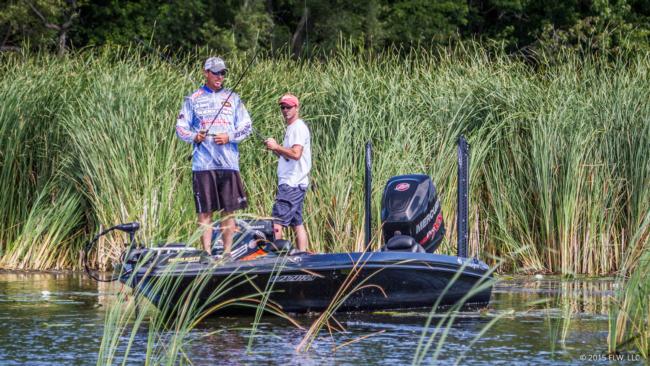 He caught a few on a popping frog, but the primary bait was a custom-made black and blue 3/4-ounce flipping jig with a matching Zoom Big Salty Chunk. Browne used 65-pound-test Gamma Torque braid, a 7-foot, 11-inch Lew’s Custom Speed Stick flipping stick, and a Lew’s reel to get his fish in the boat.

The next stop for the Northern Division AOY leader is Lake Erie. Browne says he’s ready to go, just as soon as he puts some more line on his reels.