Chapman and Coble still at it 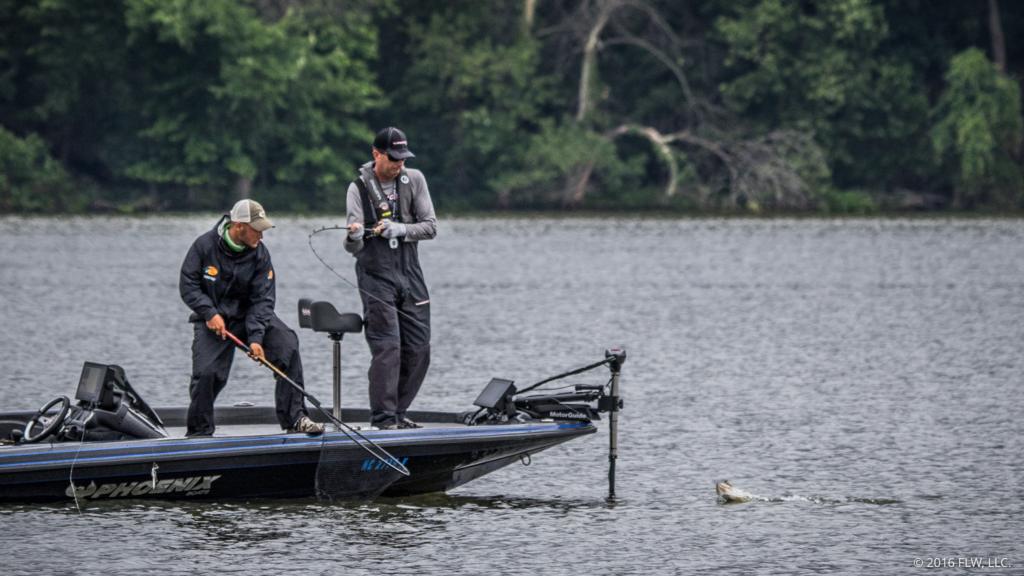 Day two of the Costa FLW Series presented by Plano on the Potomac River will likely bring about a good bit of leaderboard shuffling. Overall, numbers seemed to be down, but we saw a few more quality fish scattered among several competitors.

Day-one leader Bill Chapman struggled in the early goings, as a super-high tide nullified his pattern, which requires lower water. On the flipside, we watched the West Virginia pro sneak back into some treacherously skinny backwaters usually limited to john boats, canoes and kayaks.

Throwing a mix of crankbaits, Senkos and buzzbaits, Chapman had four good fish by late morning. As the water falls, he’s hoping to find more of what he’s looking for.

Elsewhere in the top-10, second-place pro Jeff Coble got off to a strong start with several nice fish choking a Pop-R. Brothers Chris and Cory Johnston — third and fourth, respectively — spent most of their day on the Greenway flats and caught decent fish. The pros tied for fifth, Charlie Machek and Jeff Mandes, were struggling a bit more. Mandes only had two keepers (on 3-pounder) around 11 a.m. and Machek had a limit for about 13 pounds, but reported missing several fish.

Just outside the top-10, Bryan Schmidt is likely to move up from his 12th-place spot. With multiple Potomac wins to his credit, the Maryland pro was seen catching several good fish, including one he estimated at 5-6 pounds.

Without question, anglers were delighted that the storms forecasted for the area passed in the early morning hours. The day-two takeoff saw only a light, misty rain and breezy conditions.