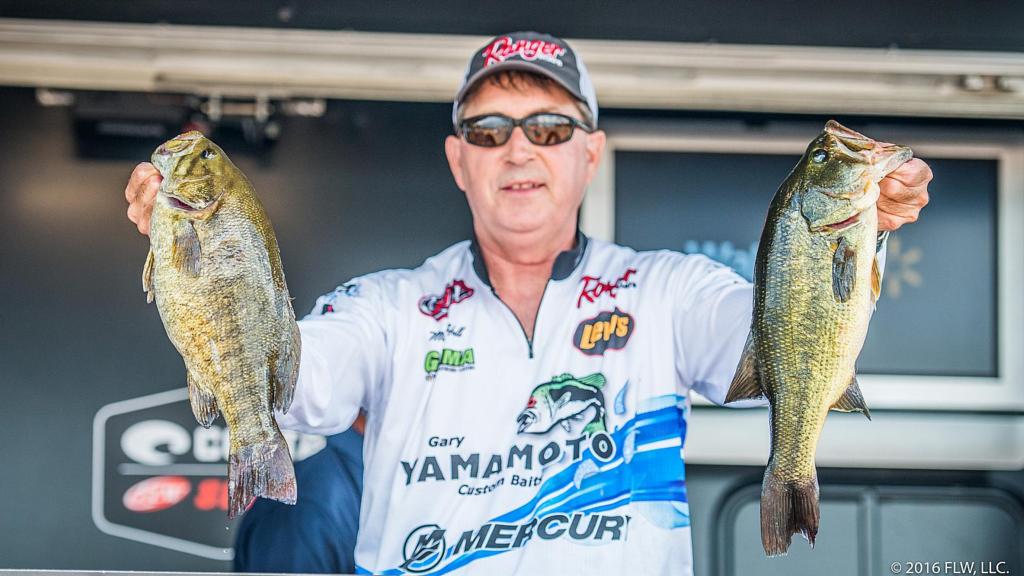 Day one of the Costa FLW Series presented by Ranger Boats showed off Oneida in every way possible. From perfect upstate New York weather to an abundance of feisty smallmouths, nearly everything came up roses. Early in weigh-in, Michael Hall of Annandale, Va., dropped 17 pounds, 7 ounces on the scale and he rode it all the way to the day one lead despite numerous challengers that fell just slightly short.

“I believe I’ve got a unique spot.”

Amid the dozens of shallow reefs and bars scattered over Oneida, veteran tournament angler and Potomac River guide Michael Hall says he’s got something special found.

On day one, Hall struck early in the day, and milked his area for a solid limit of smallmouths and one big largemouth for the lead.

“Before Monday (in practice), I was really struggling, and to be honest with you, I thought this was one of the toughest lakes I’ve ever fished,” says Hall. “But on Monday, I found something that was unique. It’s something I do on the Potomac River a lot, and I’m able to capitalize on it and it’s something a lot of people don’t do.”

Though Hall is understandably tight-lipped about his tactics, he’s focused on one primary spot or area, and says that keying in on subtle drops and variations is key. 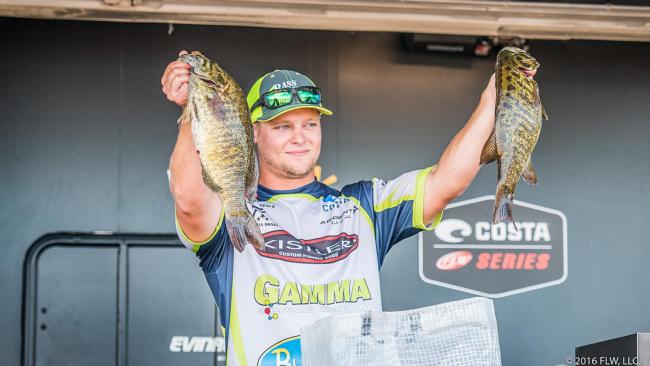 Tyler Sheppard of Hermitage, Pa., would be leading on the pro side if he was allowed to weigh there. After dropping 18 pounds, 5 ounces worth of smallmouths on the scale, Sheppard, who fished for Slippery Rock University in college, has a gigantic 2-pound lead over second place.

“We got a couple bites in the morning and then it kind of shut off for a bit,” says Sheppard, who fished behind Casey Smith. “It was kind of a grind for a while, but I caught them on pretty much everything from a drop-shot to a jig or a swimbait. I was just fortunate to be around some good fish.

“I live about an hour from Lake Erie, so smallmouth I’m used to, but I haven’t been here in a few years. Getting a bite early really helped out, so I was sure I was doing the right thing.”