Johnston Takes Over on Oneida

Sheppard retains lead on the co-angler side (updated) 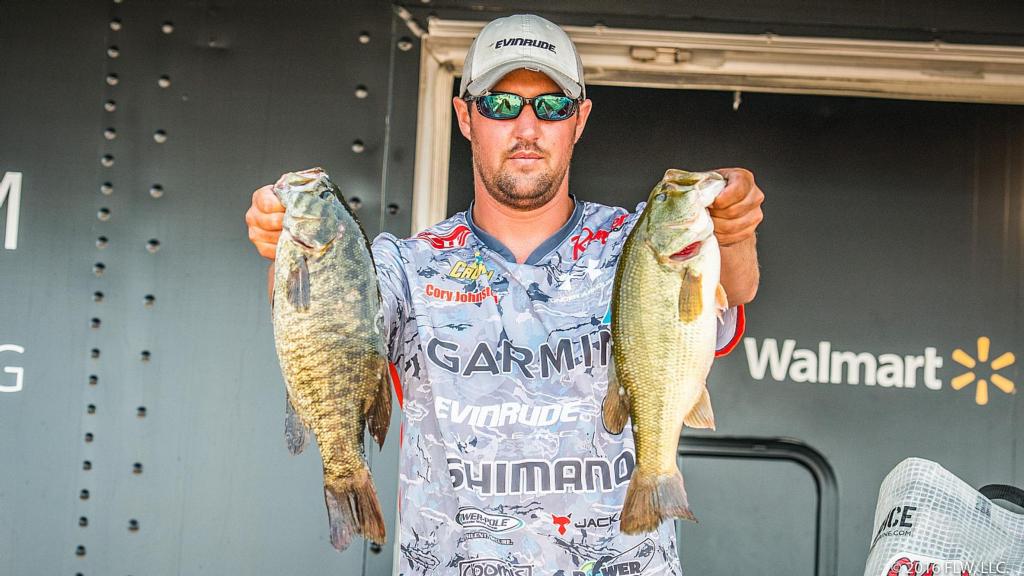 The second day of competition in the Costa FLW Series presented by Ranger Boats on Oneida Lake was a statement day from Cory Johnston. Johnston, looking to wrap up the Northern Division Angler of the Year title and a win, smashed 18-13 and moved from an ounce behind the leader to a full 2 pounds, 8 ounces ahead of the field.

“It started off slow, I never got a good fish until probably 8 o’clock,” says the Peterborough, Ontario, pro. “They weren’t biting well today, I need the sun and the calm. Most people want the wind to blow so they turn on out here, but I want it to be really tough on everybody because I think I figured out a method to catch them when it's really slick.” 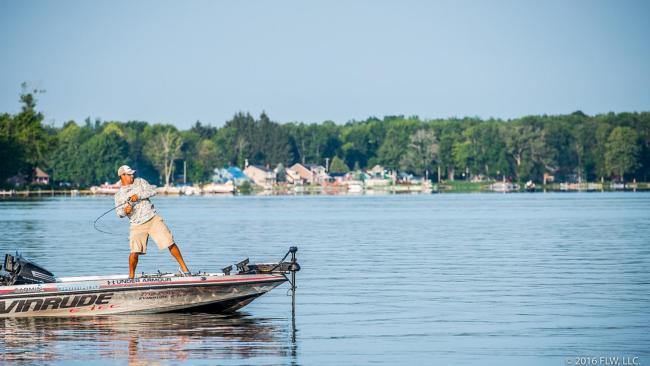 Johnston says that he’s hitting upwards of 40 different spots per day, and isn’t afraid to stop on new water that looks good to test it out.

“I’m just running a bunch of isolated spots where there’s one or two fish,” says Johnston. “I’m fishing regular rock/weed transition stuff, anywhere from 12-feet deep right up to about a foot of water.”

Johnston and his brother Chris both made the top 10 to continue their recent streak of success, and even though they’ve never been on Oneida before things seem to be working out well.

“I’ve never been here before, but it sets up good for us. It fishes similar to a lot of stuff back home.” 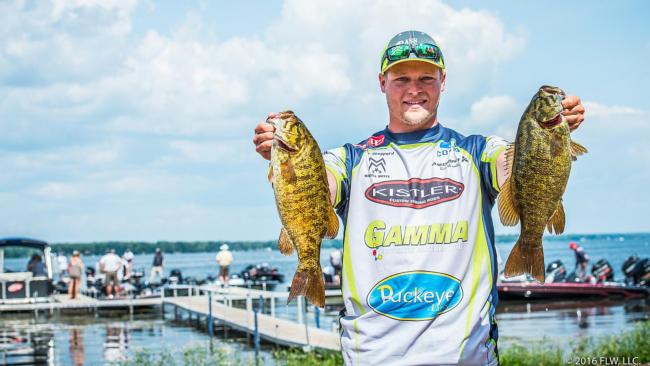 After nearly lapping the field on day one, Tyler Sheppard had a tougher time on day two, but still managed to hold the lead despite weighing only four bass for 12-5 to bring his two-day total to 30-10.

“It was tough, I only had six or seven bites all day and I didn’t have a fish until about 11 o’clock,” says Shepard, who fishes at Slippery Rock University. “I think I established yesterday how to get some bigger bites, and I just ground it out. I’m not gonna change much tomorrow, it’s what I have confidence in at this point.”