What to bring to LOZ in the early fall 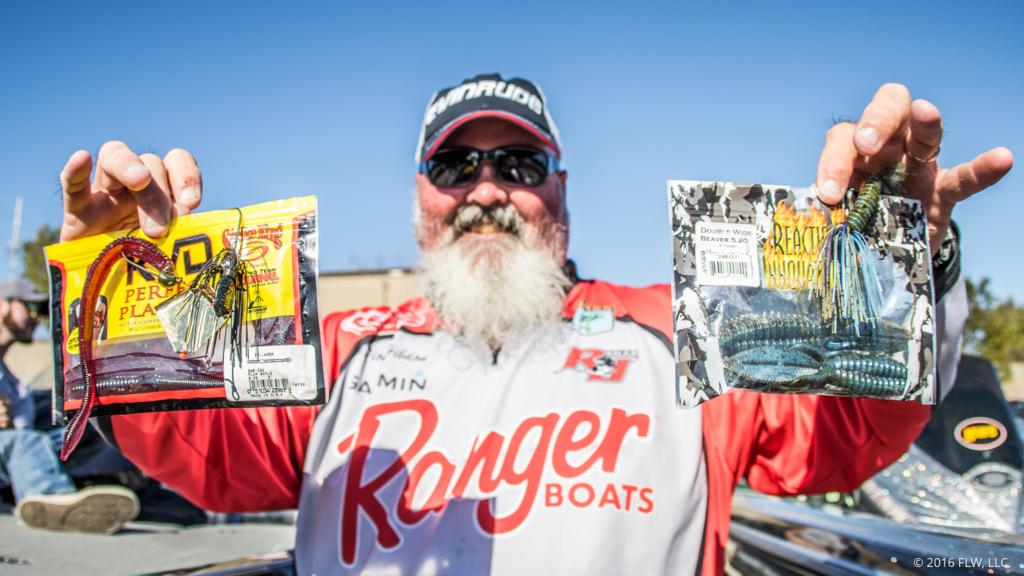 Docks and jigs naturally featured big on Lake of the Ozarks, but that wasn’t all that got the job done. Indeed, the pros in the Costa FLW Series event presented by Evinrude on Lake of the Ozarks actually employed a pretty good variety of baits, and few of the top 10 pros were one-horse ponies for the whole tournament. 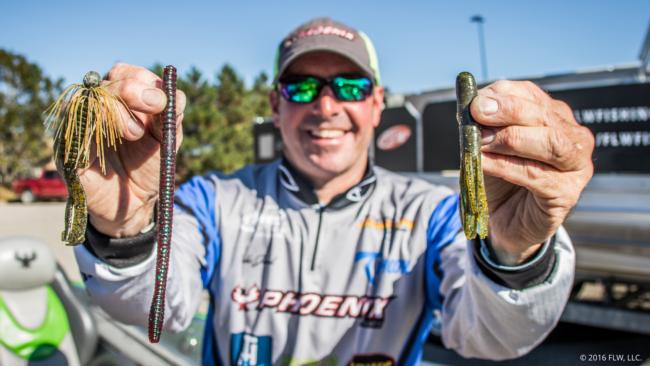 1. Duke Jenkel got the win on a trio of baits and says that a Lunker Lure Limit Series Jig tipped with a Strike King Rage Bug was key in practice, and that a green pumpkin and blue Gambler Flipp’n Tube and Texas-rigged Zoom Magnum Trick Worm (red bug or watermelon candy) did the trick in the tournament. 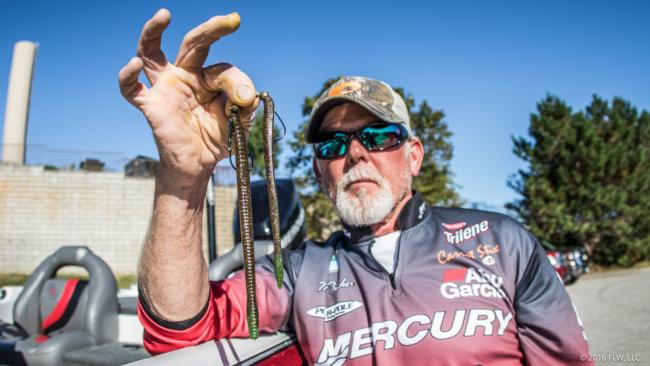 2. Mark Tucker rose steadily up the leaderboard and grabbed second on a Zoom Magnum Trick Worm and a regular Trick Worm on shaky heads. Both were in the green pumpkin gold color, and he dyed the tails chartreuse. 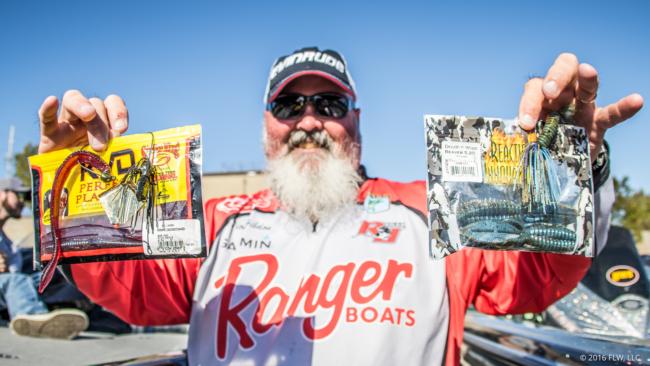 3. Fishing his home waters, Dion Hibdon caught many of his fish on a 3/8-ounce homemade jig trailered with a Reaction Innovations Sweet Beaver. He also used an 8-inch Strike King Bull Worm on a shaky head and a Crock-O-Gator Headknocker buzzbait. 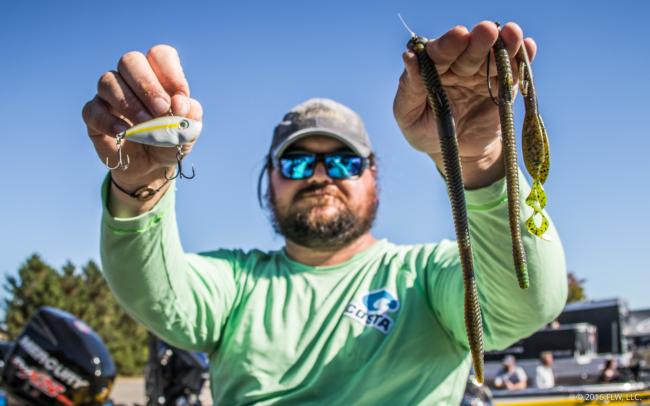 4. One of the few non-locals, Dustin Evans dragged a YUM Mighty Worm and a Zoom Magnum Trick Worm on a 1/2-ounce shaky head, Carolina-rigged a Zoom Brush Hog and cast a silent Strike King Red Eye Shad in the sexy blueback color. 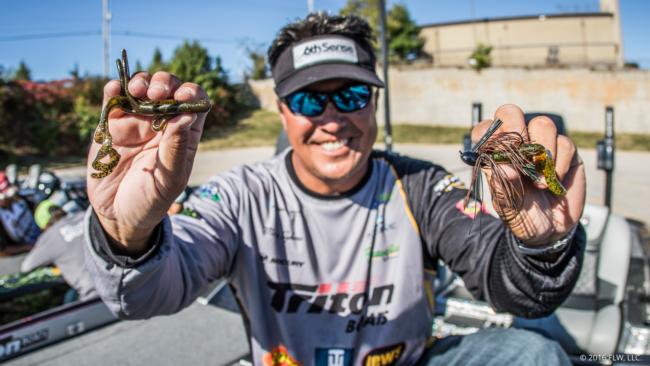 5. Marcus Sykora scored a few fish on a 6th Sense Crush 300DD. The rest of his bass came on a Chompers Brush Jig (Davenport special) with a Chompers Double Tail Grub in rootbeer green as the trailer or a Zoom Brush Hog on a 3/8-ounce Texas rig. 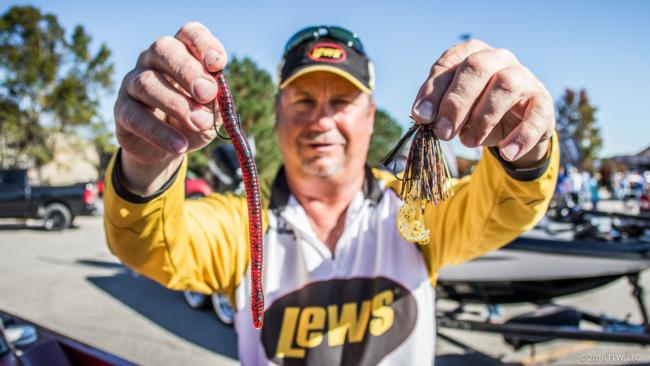 6. After leading the second day, Brian Maloney fell to sixth on the final day. His recipe for the week was primarily a Zoom Magnum Trick Worm on a 1/4-ounce shaky head or a 5/16-ounce custom jig with a Strike King Rage Chunk as the trailer. 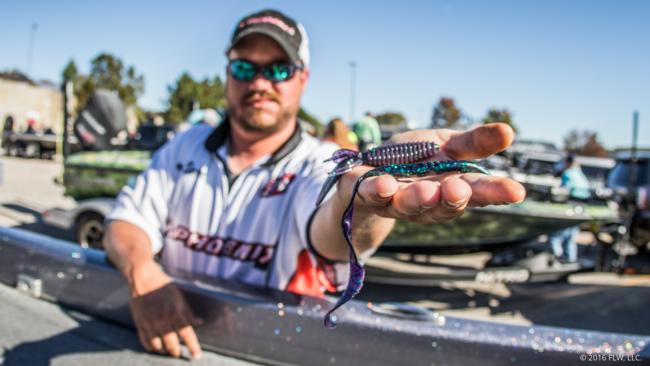 7. Cory Steckler led day one in style, but slowly fell down the leaderboard the rest of the event. His primary baits were a Zoom Ol’ Monster worm (junebug) and a Reaction Innovations Sweet Beaver (junebug) on a 1/2-ounce Texas rig, plus a 1/2-ounce Trophy Bass Company Trophy Pro Jig with a Yamamoto Flappin’ Hog for a trailer. 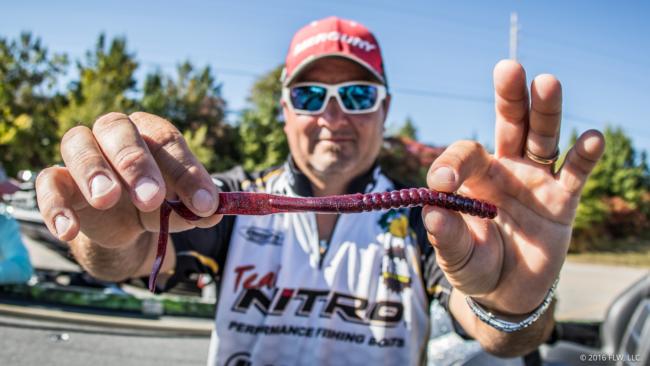 8. Fishing offshore and shallow, Shawn Kowal used a 10-inch Berkley Power Worm (plum and blue fleck) on a Texas rig for the depths and a Crock-O-Gator Headknocker buzzbait and Crock-O-Gator jig for the shallows. 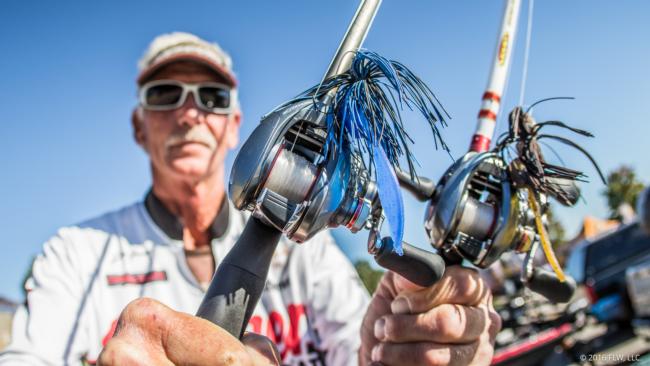 9. Jim Young did all his damage with a pair of 7/8-ounce homemade jigs trailered with a matching Zoom Super Chunk. 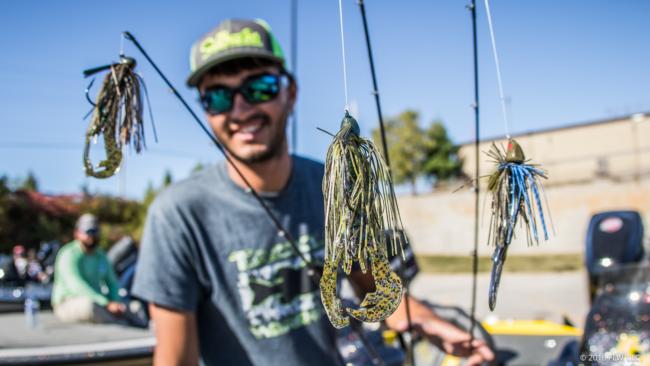