Lots of Options in Play on the Delta 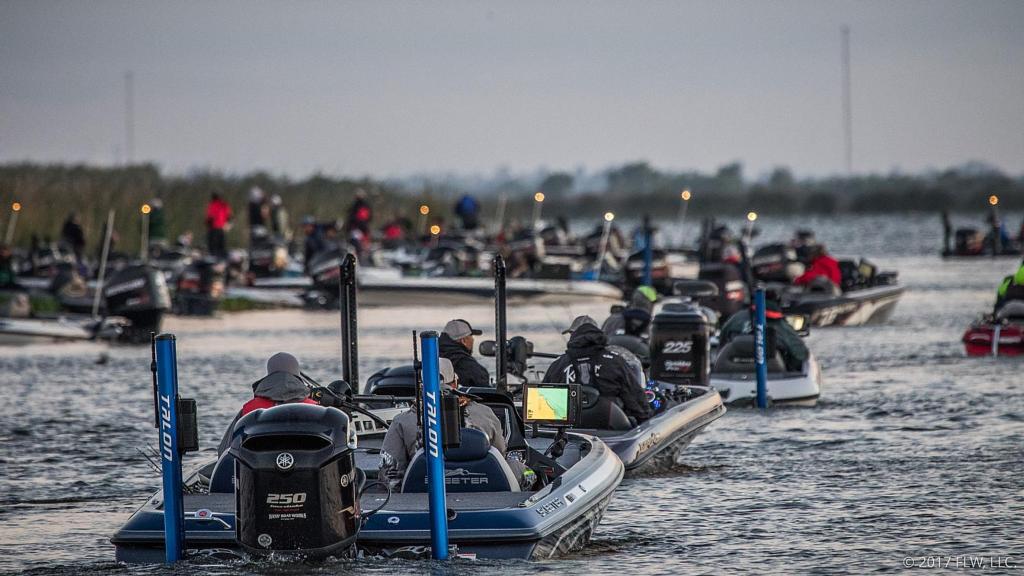 Day one of the Costa FLW Series Western Division event on the California Delta, which is presented by Power-Pole and hosted by Russo’s Marina and Sugar Barge RV Resort and Marina, kicked off this morning out of Bethel Island, Calif. The 129 pros and their co-angler partners in the field will do their best to unlock a bountiful fishery presently restrained by difficult conditions. 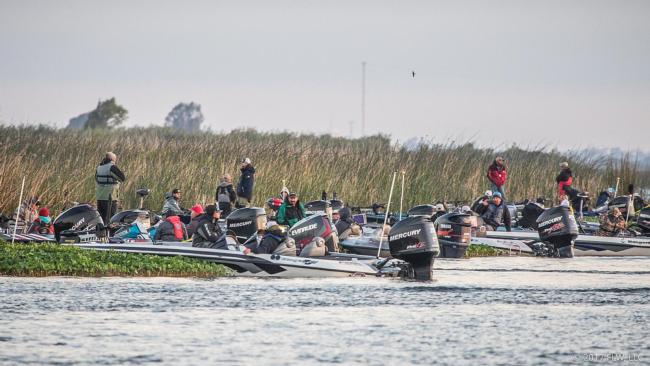 With the major rivers flowing into Suison Bay, which links via the Carquinez Strait to San Francisco Bay, the Cal Delta feels the effects of Pacific tides. Daily ebb and flow position fish and forage, while often influencing navigational access to the shallower areas.

This week’s tide schedule brings high water in the early morning with an outgoing cycle most of the day. Depending on boat number, anglers might see only a brief period of the afternoon incoming tide.

A common consideration for Delta anglers is one of tide management and its impact on mobility. As water levels change throughout the day, an angler can choose to “run the tide,” essentially, moving upstream or downstream to stay with a particular tide stage. Conversely, some will commit to an area and fish it as the tide changes.

Water temperatures are in the upper 60s to low 70s, which is high enough to spur spawning movement. However, inconsistent weather has plagued the Delta in recent weeks, and the minor, yet possibly consequential cold spell that arrived right before this week’s event will likely bear some impact.

Charley Almassey, who won last year’s Cal Delta event, says fluctuating conditions made for a grinding, minimally productive practice for him and many with whom he’s conferred. He’s expecting a mixed bag of patterns based on a somewhat disjointed spawning season.

“These fish are definitely in transition; there are some fish moving up with the full moon, but these constant weather changes have been wreaking havoc on them, so it’s really day-to-day,” Almassey says.

The first few months of 2017 saw voluminous water influx from heavy rainfall and snowmelt. Fortunately for anglers, Delta waterways are currently thick with aquatic vegetation, which filters the water as tides push and pull through the stalks, stems and vines. That being said, Bryant Smith of Castro Valley, Calif., points to a more permanent water impact.

“It [the earlier water influx] flushed out a lot of areas. It has cleaned off some areas, and it has changed a lot of places throughout the whole Delta,” Smith says. “There are new sandbars; there are new tule berms; there’s grass in places where it hasn’t been and there’s no grass in places there always is. 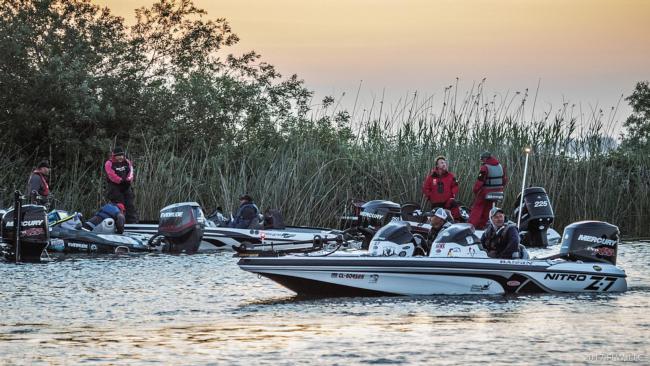 Almassey is hoping that the week’s cooler and windy weather (weather.com predicts lows in the upper 40s and highs in the low 70s with northwesterly winds ranging from 12 to 18 mph) will put the postspawn reaction bite back into play. But if he gets a calm morning he says he might start off bed-fishing with finesse tactics.

Smith agrees and points to the upside of fishing this sprawling tidal system: diversity.

“You can do anything this time of year, and it sets up well for a versatile fisherman,” Smith says. “You can slow down with a drop-shot or a Senko, or you can burn down the bank with a vibrating jig or a topwater. There’s plenty of grass to flip, and there are fish that will be spawning, so bed-fishing can be a very big factor in this event.”

Most anglers believe fish are in all three phases of the spawn. The Delta has yet to see a big wave of spawners, so this could be the week for a big shoreward push.

“The water quality will determine if you can see them or not,” Smith says. “In most of the places, you’re not going to be able to see them, but you can definitely fish for them.”

2. Temperature – Tournament days will see low to mid-70s for highs, whereas the days prior reached into the upper 80s. If skies remain clear, sunlight penetration will help boost the water temp and keep fish moving to spawning areas, but windy conditions will make sight-fishing tougher in some areas.

Last year, Almassey won with a three-day total of 60 pounds, 1 ounce, which included a big day-two bag of 26-6. He thinks that winning weight can be matched again this year.

Smith offers this insight: “To be competitive, 15 pounds is a pretty standard number. Twenty a day will be pushing the top 10, but this is still the Delta, so I think it will take a 24- to 25-pound average to win.

“It depends on what the bed fish do. Whoever finds big ones can come in with a big bag on day one and then just survive. But I think the reaction bite will be most consistent.” 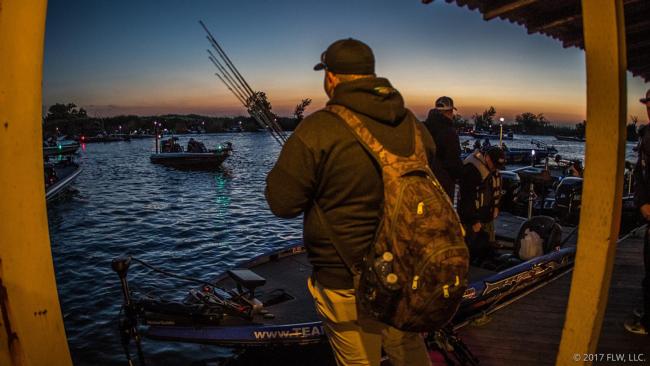