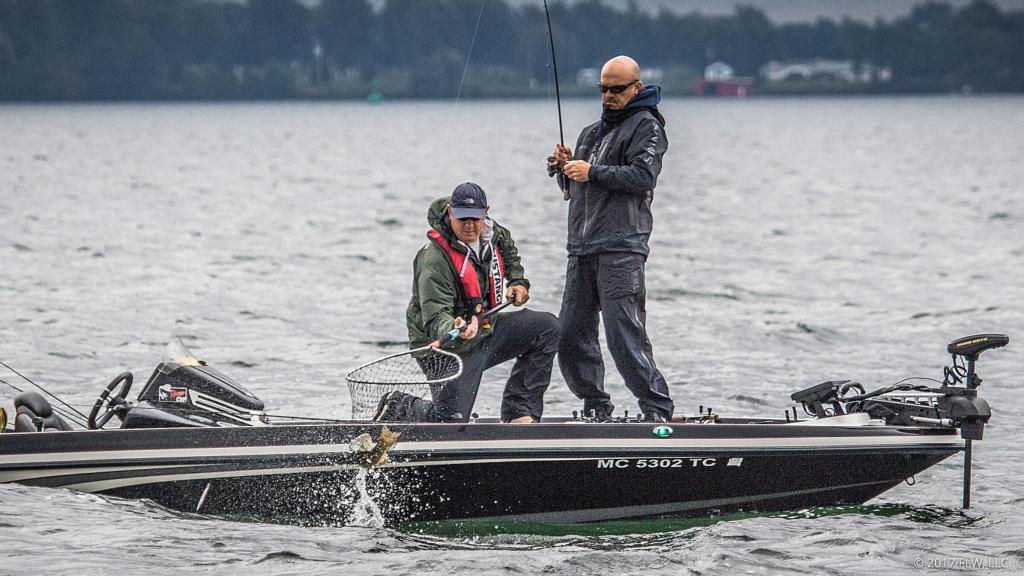 Day one of the Costa FLW Series presented by Evinrude on the 1000 Islands started out fairly warm, but with a gusting wind and misting rain. At the entrance to Lake Ontario near Wolf Island, big rollers were heading into the river, and a handful of anglers elected to turn around, though a fair number of hardy individuals continued west into the lake. The wind has slackened somewhat since the morning, but the biggest change is the presence of sunshine. The clouds cleared out pretty much everywhere by 10 o’clock in the morning.

Fishing in the river, Scott Dobson started slow because he was unable to see his targets. After some struggle, he managed to boat a solid smallmouth, and the weather this afternoon should set up well for last year’s winner.

Also in the river, Ed Casey and co-angler Jacob Weisman each had a 4-pounder in the boat early. Co-angler Brent Way was on the board early as well with a solid smallie. Chris Adams wanted to run to the lake but decided not to, and he had one in the boat early while co-angler Mike Merill had three. David Sichenender boxed one pretty solid fish early. Co-angler Robert Sweeney continued the trend of co-anglers catching, and had three keepers with one “nice one” at about 11 o’clock.

John Hagaman has had the best morning of anyone we found on the water. In the river, he had three for nearly 14 pounds early on. Two more good ones and he’ll be in the top 10 after weigh-in. Jeffrey Randall has had a decent morning with 14 pounds in the boat for four keepers.

Overall, the fishing seems a touch slow, but it’s likely to keep getting better as the day goes on. 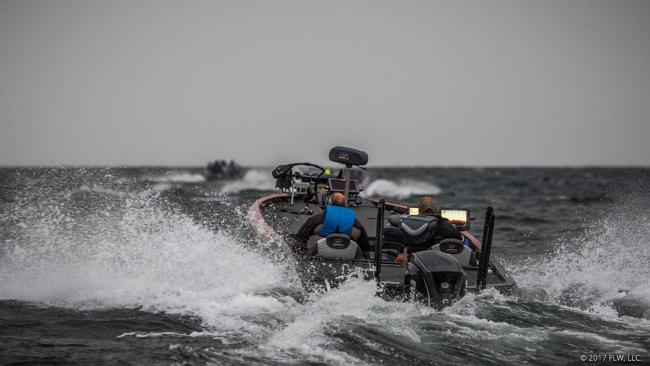 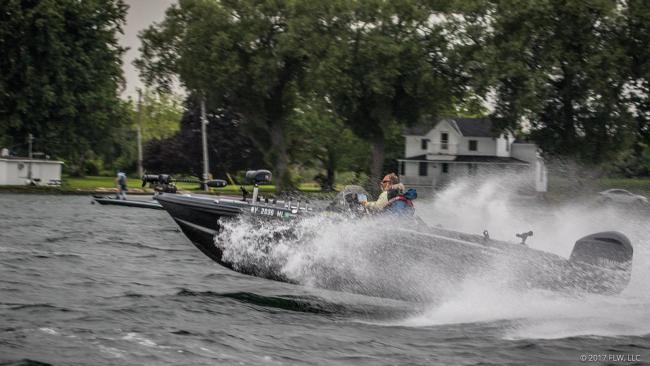